EA and Activision Blizzard Have Topped the Most Christmas Sales Charts in the UK, Report Reveals

According to a Gfk report, EA and Activision Blizzard have emerged as two of the top publishers during Christmas seasons in the UK.

According to a recent market analysis of physical retail of games in the UK region by the Gfk (via GamesIndustry), EA and Activision Blizzard have emerged as the top publishers during the Christmas season in the region since 1984. Over the past 37 years, the two publishing giants have been topping the list year after year, and in 2021, both stand roughly even in terms of number of weeks spent on top of UK Christmas charts from 1984 until now.

Electronic Arts has spent 13 weeks on top of Christmas charts, while Activision has 10 weeks under its belt. Unsurprisingly, the reason behind EA’s popularity is the FIFA series, which attracts a large casual audience of gamers year after year. FIFA 22 also topped the 2021 Christmas charts. Meanwhile, EA has also seen multiple Christmas chart-toppers with Need for Speed and Medal of Honor.

Activision Blizzard, meanwhile, first saw its No. 1 in 1984 with Ghostbusters, then with Call of Duty 4: Modern Warfare in 2007, and then with multiple other Call of Duty games in the years since then.

Other Christmas No. 1s include The Elder Scrolls 5: Skyrim from Bethesda and The Legend of Zelda: Ocarina of Time from Nintendo. Check out the full chart below. 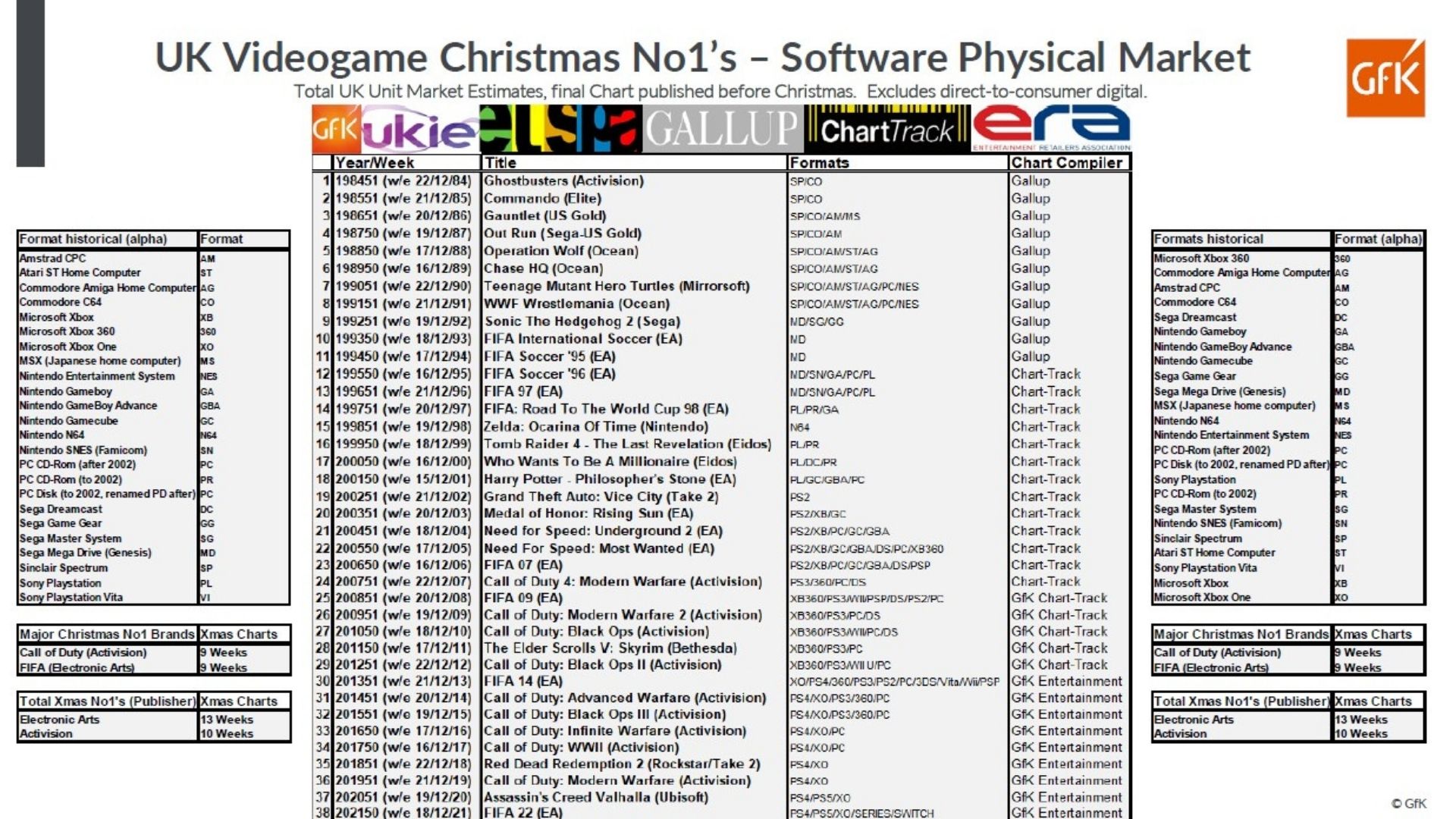