American McGee’s Alice was released on PC ten years ago, and now, EA has brought the series back into action with the newest title, Alice: Madness Returns.

Alice is being developed by Shanghai-based Crazy Horse Games, and is set to be released on PC, PS3, and 360.

The adventure “follows Alice on a journey through a wildly corrupted and shattered Wonderland to uncover the truth behind her haunted past and tortured psyche”.

Alice: Madness Returns will be a direct sequel to the previous title, taking 10 years after the original game.

“Alice: Madness Returns takes place 10 years after the conclusion of the original game, with Alice struggling to recover from the emotional trauma of losing her entire family in a fatal fire. After spending a decade institutionalized in an insane asylum, she is finally released to the care of a psychiatrist who just may be able to help her conquer the nightmarish hallucinations that still haunt her. Alice embarks on a mission to root out the true cause of her family’s mysterious death, jumping from a gloomy and stark London to a rich and provocative Wonderland. 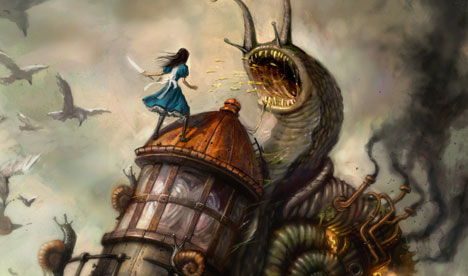 The dark world of Alice: Madness Returns will be released in 2011.