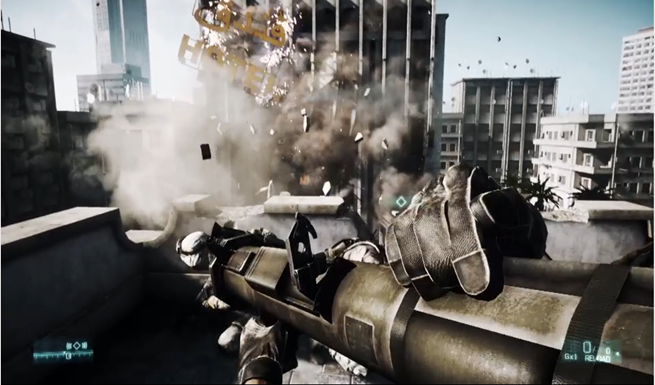 EA has announced that Battlefield 3 has 1.25 million preorders worldwide. It is tracking ahead of what Black Ops did last year and is expected to sell a lot. This was announced at the Citi Tech conference by CFO Eric Brown and he said, To date we have about 1.25 million preorders on Battlefield 3, so it’s still well ahead of its predecessor title, Battlefield: Bad Company 2, in regards to pre-orders in the same number of weeks until launch. So it’s doing very well.”

He also said that the game will have an extensive marketing campaign, “”We have a pretty extensive campaign planned for Battlefield 3. We have the advantage of a two-and-a-half week early launch window versus our competitor [Modern Warfare 3], and we intend to use that.”

EA is performing exceptionally well this year with Madden NFL 12 registering 1.4 million sales in a week, and with SW: TOR in the horizon they look set to post a massive profit. Battlefield 3 will release on October 25th on the PC, PS3, Xbox 360.