EA Sports UFC 4 isn't perfect. But the experience is a lot of fun both in and out of the arena.

The UFC franchise has been something of an oddity among EA’s sports games. While most of their titles see annual releases, EA Sports UFC 4 is the first release in over two years, and with that kind of time comes heightened expectations. Did the developers put their extra time to good use, or is UFC 4 more of the same? The answer is a little bit of both, but UFC 4 still manages to offer a good time.

The core of any UFC game is obviously the fighting system, and it’s here that UFC 4 shines. The game doesn’t shake up its formula too much, instead opting for incremental changes and measured improvements. It doesn’t seem like much at first, but there are some welcome changes here. The fighting feels fast and fluid. Punches and kicks connect well, and carry a hefty weight to them. Combos are simple to learn, and the system is flexible enough to reward experimentation. The game also does a good job of easing players into the fighting mechanics. It does so through the career mode, which is started immediately when you first open the game. The early stages of the career mode take your character through a brief run in amateur fighting. It’s here that you’re taught the mechanics of the fighting system through a series of small fights and training sessions.

"Combat is fluid, and hits feel visceral and exciting."

It’s a welcome introduction. The career mode is the crux of the game, and for the most part it’s a solid experience. It’s no revolution, but it works well and is fun to play through. The first step is character creation. Making your character is pretty straightforward, and the creator is deep enough to mess around with. I was able to create some pretty wacky characters in it. You take this custom character through the career, where you manage your training, persona, and social media. And of course, participate in fights. The simple social media aspect allows you to respond to fans and other fighters, building friendships or rivalries based on your responses. It’s simplistic, but it’s a nice touch nonetheless. After you accept a challenge, you determine how close to the match your training camp starts.

Once you reach that point, you spend a set number of points for each week on training, fight promotion, research and other things. There’s a reasonable amount you can do here. You can research your opponent to learn about his fighting style, make social media posts to promote your fight, or take to the gym to keep yourself fit. Ideally, you’ll find a balance of all three, but hitting the gym is vital. It keeps you fit, which effects your performance in the match, and grants you points that are used to improve your skills. Like the rest of the game, the skill system is nothing that hasn’t been done before, but it’s done well and it works. Points can be invested in your various attributes, such as stamina, hit range and power, blocking and so on. Or they can be invested in upgrading and learning new moves, or in perks that grant you passive bonuses during matches.

Once you enter the Octagon and the fight begins, you get to the real meat of the game. UFC 4 performs pretty well here as well. Combat is fluid, and hits feel visceral and exciting. The fight mechanics are fairly straightforward, and the AI provides a decent challenge. Meanwhile, improvements to wrestling and grappling keep the flow moving pretty well. Transitions in wrestling on the ground are a lot smoother and easier to manage than in previous games. They’re still far from perfect, mind you, but they’re a definite step in the right direction. Clinching is easier to enter and escape, and your options for offense and defense during clinches have been improved. 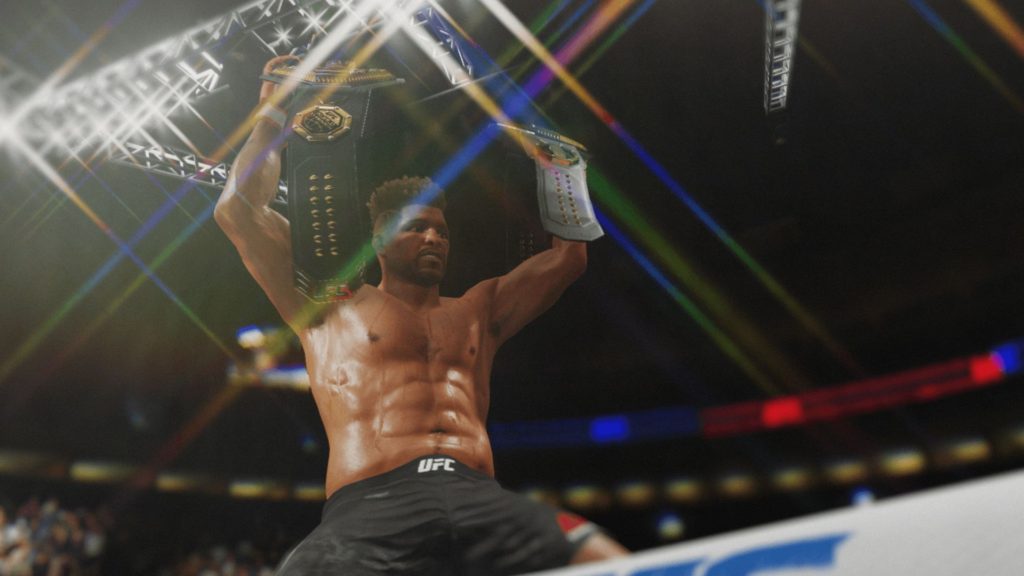 "Stamina is the main resource in UFC 4’s fighting system, and if you drain it too quickly, as you’re apt to do in a grapple, your max stamina is reduced for the rest of the match."

Unfortunately, the game’s biggest issues also come in the Octagon. The game’s meta is dominated by wrestling, specifically submissions. They’re far too powerful (and easy) to perform, and far too devastating to be a victim of. The rhythm of transitions and escape is clunky and hard to get down. And God help you if your opponent has a higher Wrestling stat than you do. That little statistic is seemingly the only real factor in grappling. You can do everything right to try to escape, filling up the bar to stand up, but if your opponent has a higher Wrestling stat, they will still somehow manage to knock you back down.

Escape can be nigh on impossible. And since transitions and escape attempts put a pretty significant drain on your stamina, it only takes a couple of failures to find yourself caught in an inescapable loop. And even if you do escape, you find yourself at a serious disadvantage. Stamina is the main resource in UFC 4’s fighting system, and if you drain it too quickly, as you’re apt to do in a grapple, your max stamina is reduced for the rest of the match. This means that even if you manage to successfully escape, you’ll find yourself at a major disadvantage for the rest of the fight. It makes wrestling feel punishing, and makes Jiu Jitsu specialized fighters a nightmare to encounter. It may be a realistic depiction of how hard wrestling is, but mechanically it isn’t very fun.

This also makes skills that impact wrestling, or make you more resistant to it, the most important skills by far. Thankfully, the rest of the fighting experience is a lot of fun, despite the flaws of the wrestling system. Landing a punch feels great, and the thrill of a hard-fought victory never gets old. You’ll feel like a genuine badass fighter working your way through the brackets of the UFC, eventually taking your shot at the UFC title. The different play styles you can choose from mean your different characters feel distinct, opening up a decent amount of replay value as well. The rest of the game is pretty basic. There’s a quick fight mode where you can pick from the game’s huge, all-star roster of fighters past and present for one-off matches. And of course, there’s an online mode where you can test your skills against other players. 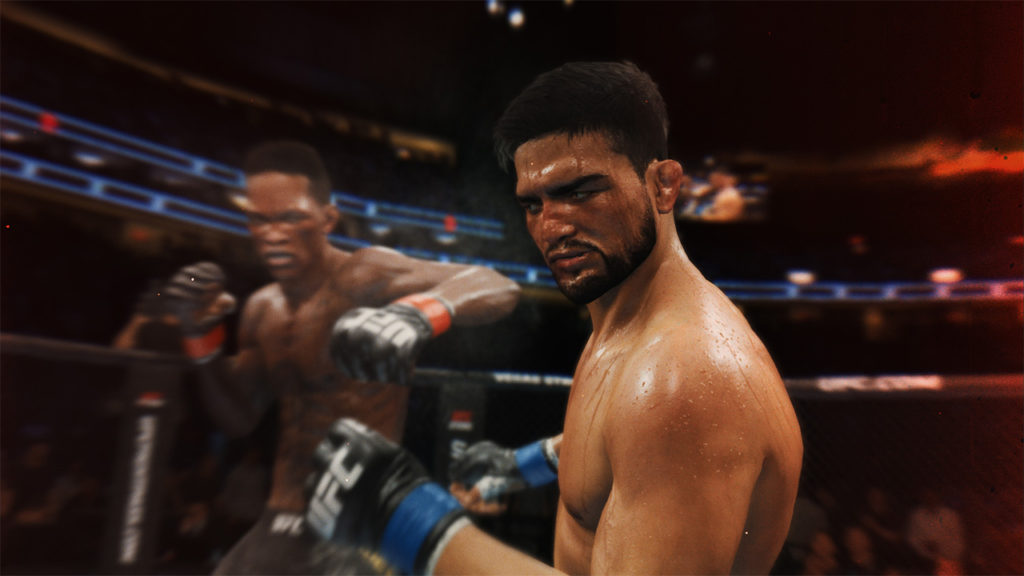 "There’s a quick fight mode where you can pick from the game’s huge, all-star roster of fighters past and present for one-off matches."

UFC 4 doesn’t reinvent the genre, nor does it fully resolve the franchise’s long-standing issues with wrestling mechanics. But it still offers up a fun and rewarding experience, one that manages to capture the visceral excitement of the sport in an experience that is both accessible and rewarding. Solid fighting mechanics make you feel powerful, while an entertaining career mode offers solid replay value. It may not be a perfect game, but it’s a lot of fun regardless. New and returning players alike can find something to enjoy here, whether you’re an experienced player or new to the Octagon.

The fighting is fast and fluid, capturing the visceral thrill of the sport; career mode offers plenty of fun.

Wrestling dominates the game to a frustrating degree, and it's mechanics still leave something to be desired.

Final Verdict:
GOOD
EA Sports UFC 4 is a fun fighting game. It may not be the most innovative game, but it's solid from front to back, with plenty to offer to new and returning players alike.
A copy of this game was provided by Developer/Publisher/Distributor/PR Agency for review purposes. Click here to know more about our Reviews Policy.