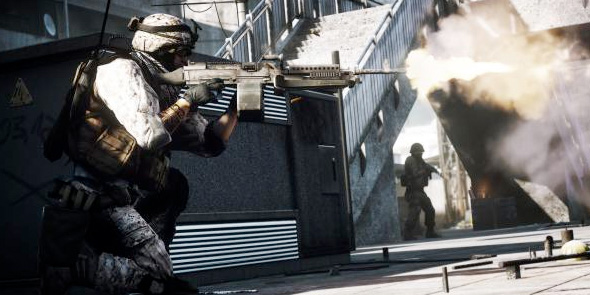 EA’s European publishing SVP, Jens Uwe Intat understands that while with Battlefield 3 they may not be able to take over the First Person Shooter market entirely, they do want to chop off a huge market share that Activision possesses. He believes EA will take over the FPS market the way they took over the football sim market with FIFA.

“One of my favourite sayings is ‘Rome wasn’t built in a day’,” he said, speaking with MCV.

“We might not do it Day One, but we are going to take a decent amount share from Activision. In broad numbers, Activision has 90 per cent of the shooter market, and we want to see that go down to 70. I would be even happier if they were left with 60 per cent.

“The poster child for the model really is FIFA. Ultimate Team has proven that we can give a compelling experience every day, and also monetise it.”

He carried on, elaborating upon his point: “Then we took back market share and then claimed the majority.

In football, the differently shaped balls are differently attractive on the two sides of the Atlantic. Here we play with a proper round ball, and over there they play with that oddly-shaped ball. But FIFA is actually getting more and more attractive in the US. Not the least driven by the phenomenon of soccer itself – the US women’s team has done well, and the male team… well, they’ll have a bit of a wait.

“But soccer generally is played more in the US than ever before. So FIFA is catching up there, more than Madden ever will in Europe.”

I find this really funny, because a year ago, he said the same thing about taking over the first person shooter market by beating Activision and Call of Duty, and gave the example of FIFA, but only that time, he said so about Medal of Honor.

Let’s hope this time he actually turns out to be true. Stay tuned for more updates.