Those of you following Hideo Kojima, the man behind the Metal Gear franchise, on twitter will have seen these proto-Metal Gear scripts that Kojima posted having unearthed whilst cleaning his shelves.

One such document is a rough sketch for a first floor map: 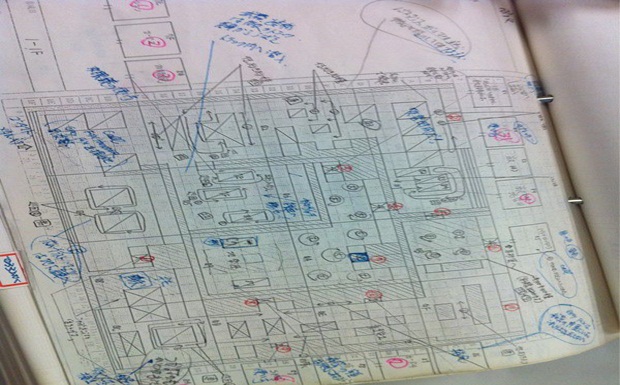 There’s also a snap of a script for the game’s codec conversations. Note that it is in Katakana as opposed to Kanji characters as games of the time couldn’t visually support Kanji: 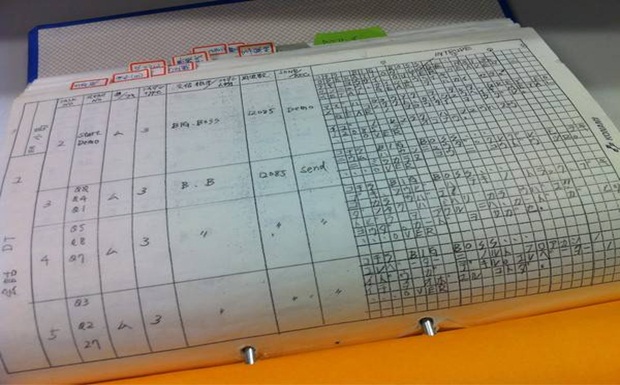 There’s also a pic of the front page with a big rejected stamp on the front. Whether it was rejected by Kojima himself or one of his superiors is uncertain, but the Metal Gear franchise may have been very different if this Metal Gear Intruder was allowed to see the light of day. 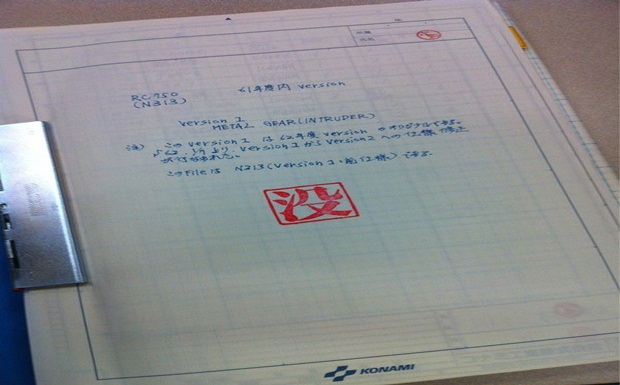 Thanks to Andriasang for the info