You won't find much in Earthlock that you haven't seen in hundreds of other RPGs.

Earthlock: Festival of Magic from developers Snowcastle Games shows us the love and commitment some independent developers put into their products while at the same time giving us a full view of just how limiting it can be for small studios to produce a console-style game on a budget. Earthlock shows us an average to good game that isn’t quite ready for the spotlight, but there are moments of fun to be had from time to time.

The story of Earthlock is about a world called Umbra. When a major event took place it completely stopped the planet from spinning and now there is a light world and a dark one. Luckily I’m not a scientist or I’d tell you that ending the rotation of a planet would spell catastrophic ends to almost every living thing; but even more luckily, magic is in play so everything will turn out just fine… I hope. There are quite a few characters in Earthlock, and by the simple click of RB or RT you can run around as any of them.

Character models are simple in design, but I definitely enjoyed the way each of them looked. Each town has its own look and feel but remains equal to the design themes of the rest of the world. Though I’m sure many would find the aesthetics of this game bland and uninteresting, I found it charming and fairy tale-like. Enough for a good time, but you will never be blown away by anything the game has to offer, aesthetically or otherwise. Oh, and did I mention that if you need ammo, the game will teach you how to grow your own… in an ammo garden?! 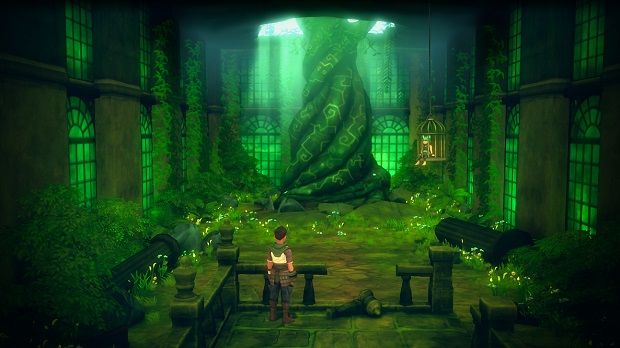 "Oh, and did I mention that if you need ammo, the game will teach you how to grow your own… in an ammo garden?!"

There aren’t many new features in this RPG which can be expected from a lower budget title, but there is an interesting addition. By clicking A right before running straight into an enemy, you have a chance to attack first. If you don’t click A and go head-on with the enemy, it will be considered a Fair Fight. If they get you from behind, they have the advantage and hit first when the battle begins. A counter, that I had trouble locating at first (inside the mini map at the bottom left of the screen), counts to let you know when exactly to click before you’ll enter battle. It’s quite a unique addition to gaining an advantage in battle.

The battle system is turn-based and is quite straight forward: I hit, they hit, they hit, I hit formula. Unlike some of those extremely complicated JPGs that have a bar and names, and faces attached to the bar, then something flashes, some reason you miss a turn, etc, here, you can clearly see the order of turns for about 10 turns ahead. A turn indicator scaling vertically along the right side of the screen always lets you know whose turn is coming up next without compromise. 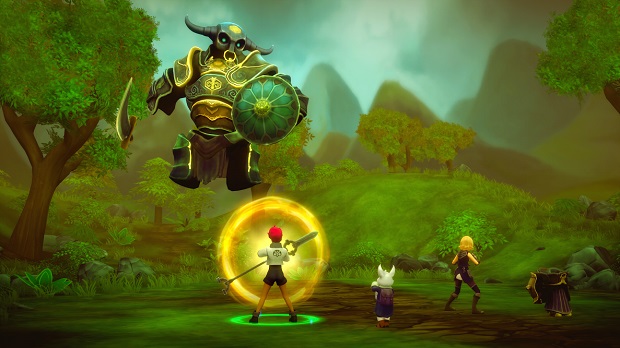 "Another aspect I would have liked improved would definitely be the world map you travel across when not in a town or other areas of interest."

Sure, this is an indie title — fair enough. So there will be moments of, “this would have worked better here.” Or, “that doesn’t quite work right there.” Earthlock feels indie through and through, but it’s worth the price of admission. However there are a few things that could have been improved upon if there was just a little more time. Namely sound effects: when in battle, for the most part, there are moments when attacks land without a sound.

Another aspect I would have liked improved would definitely be the world map. The map, like many RPGs before it, offers a large scale where the character travels a long road to make it from city to city and more. However, this world map is a bit muddy looking and plain. There’s not much to discover around the world of Earthlock. It feels as though the developers just wanted the player to get from one location to the next and focus on battling the enemies that slither across the path from point A to point B. 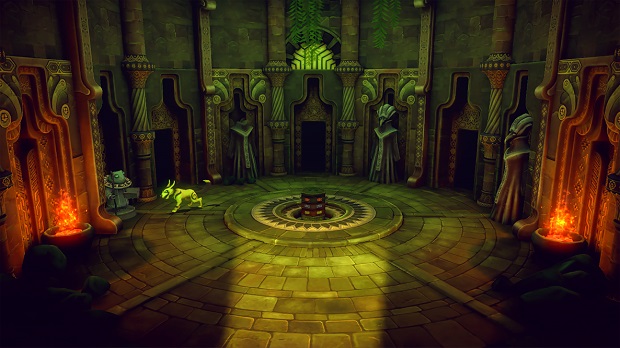 "RPGs are known for a lot of things: battle systems, characters and story. And right there are the three main focuses Earthlock only dabbles ever so slightly in."

What a lot of indie developers get wrong is the music for their games. Interestingly enough, Earthlock got the music just right. There’s intensity when the situation calls for alarm; there’s a whimsical allure when you’re traveling through ancient cities; and all of the music plays to the perfect beat of understanding where you are in the game.

RPGs are known for a lot of things: battle systems, characters and story. And right there are the three main focuses Earthlock only dabbles ever so slightly in. The  story of Earthlock is as stereotypical as it can be. I would consider this a “first timers” style of RPG. There are no story elements that are too complicated to understand; no character deep enough to really theorize with, or contemplate their emotions; there are no elements in the game even the most amateur player could not understand and catch onto even without reading the instructions of battle. With that being said, this game is  charming and brings back that sense of childhood when games were at a simpler time.  When you could sit back, relax and just go. And that’s what this game’s legacy will be: a relaxing walk in the park. However, the thing about living in the world of video games is that around that enclosed park are thousands of more exhilarating parks with even bigger and better rides.

Growing ammo is pretty neat, along with the musical score, and the cool looking characters.

Everything is average all around: from the battle system to the world map. There is almost no reason to explore beyond where you need to be.

Final Verdict:
FAIR
You won't find much in Earthlock that you haven't seen in hundreds of other RPGs, but there is a charm here that you may just want to be a part of.
A copy of this game was provided by Developer/Publisher/Distributor/PR Agency for review purposes. Click here to know more about our Reviews Policy.