Earlier this week, EA revealed the reason why we don’t see too many of its games on the Nintendo Switch. According to EA’s CEO Andrew Wilson, the company’s data indicates that most Switch owners also own an Xbox One or a PS4, and that they would rather play EA’s titles on those systems than their Switch.

There’s a lot to unpack here, so let’s get right into it. First, there is one indisputable component in Wilson’s statement—most Switch owners do own either an Xbox One or a PS4 alongside their Switch. This is a statement that is corroborated by official NPD data, as an example. So inasmuch as that goes, Wilson is correct.

The problem is with literally everything else that was said here. EA’s statement makes next to no sense given the nature of the Nintendo Switch and the success third parties in general have found on the platform—and they have found a lot of success on the Switch. Diablo 3 is one of the bestselling games on the system according to the NPD Group. Bethesda continues to find success with their continued efforts on the platform. Mortal Kombat 11 on Switch was the bestselling game on the system the month it launched. Tales of Vesperia sold the best on the Switch in the UK, a territory that is usually Nintendo’s worst performing one. All of this is without getting into the kind of success that indie games such as Celeste, Dead Cells, and Hollow Knight have seen on the Nintendo Switch.

But then we have EA. EA says Switch owners would rather play EA games on other systems, so let’s take a moment to try and see why that might be. To date, there have been four EA games on the Nintendo Switch—FIFA 18, FIFA 19, Fe, and Unravel Two. Fe and Unravel Two are smaller, indie releases, with the former being criticized for being a poor port, and the latter launching without fanfare almost a year after it had been available everywhere else. FIFA 18 and FIFA 19 were feature incomplete, hobbled versions of the game—they didn’t use Frostbite Engine like the PlayStation and Xbox versions, they lacked some crucial Ultimate Team content, they lacked the Journey story mode, and FIFA 18 didn’t even let you play online with friends! At that point, is it a wonder that most people who want FIFA chose to play it on consoles that got a proper version of the game?

That right there is EA’s data pool—two pared back ports of games that received absolutely no marketing from them, and which then went on to obviously underperform relative to the other, full featured, prominently marketed ones, and two indie games they published under their Originals label, and which almost certainly don’t factor into their decision making.

If this is the data EA has made this decision based on, then it is a bad decision informed by irrelevant data. The irrelevance of this data is, again, demonstrated by the widespread success that other third parties have seen, and continue to see, on the Switch. That success is the reason we have started to see so many “impossible” ports on the Nintendo Switch—to be clear, this is the platform that got ports of DOOM, Wolfenstein 2: The New Colossus, day and date releases for the next games in those franchises, a day and date release of Mortal Kombat 11, and has a release of The Witcher 3: Wild Hunt, one of the most technically demanding and impressive games of this generation, lined up for later this year.

Those games are, obviously, not easy to get to run on the Switch—the Switch is an impressive bit of kit, especially given its form factor, but it is also undeniably far weaker than the PS4 and Xbox One. Putting a game like The Witcher 3 or DOOM on the system requires time, money, and effort, because unlike with other systems, you need to develop around the system’s limitations. And yet, developers continue to announce these ports—we just got an announcement that The Outer Worlds is coming to the Switch recently.

Why are developers putting in that time, money, and effort? Clearly because they more than get the return on their effort and investment, because third party titles sell exceedingly well on the Switch, better than they have on any Nintendo system in probably decades. Third party publishers that put in the effort and released actual good products on the system, that they then marketed, saw success. EA, being the outlier in terms of that—releasing a poor product that it also didn’t market—proceeded to not see that success, and then chose to use that as justification for not supporting the Switch.

Here’s the thing, of course, EA is fully within its rights to not support a system it doesn’t feel fits with the products it releases. As an example, Frostbite has not been ported to the Switch, and a lot of EA’s releases run on that engine. Most EA releases have a significant online component, and the Switch’s online is, well, not the best. Not seeing Anthem or Battlefield on the Switch makes total sense.

But what about titles like The Sims 4, Plants vs Zombies: Garden Warfare, or Burnout Paradise Remastered, which is a port of a last generation game? Those games have very pointedly ignored the Switch as well, in spite of them being very good matches for the console from a demographic and technological perspective. At that point, it’s clear there’s no actual reason for the publisher to not support the console, other than… they just don’t want to? At this point it’s clear EA is unwilling to put even the minimum possible effort into the Switch, given that FIFA 20’s Switch version is literally a reskinned re-release of last year’s game in the guise of a “Legacy Edition”. 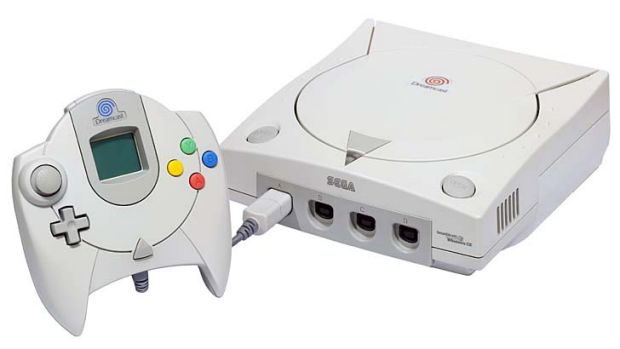 Of course, it’s not like EA’s lineup this generation has actually been something that the Switch is missing out on. Their sports franchises have increasingly grown stagnant, as they chase the microtransaction money, they have entirely mishandled their Star Wars license, having put out two disappointing games, and canceled at least as many, Need for Speed is now worse than it has been in ages, Mass Effect Andromeda and Anthem were embarrassments at launch… there’s not much in EA’s catalog that would actually actively add to the Switch’s library, and the best demonstration of that is the fact that the Switch continues to be one of the fastest selling consoles of all time even without any support from EA.

There was once a time—not too long ago—when EA’s lack of support could single-handedly sink a console. When EA announced they would not support the Dreamcast, they precipitated a domino effect of other third parties also pulling out, and the Dreamcast ended up being discontinued just two years after its release. More recently, when EA confirmed they would not support the Wii U shortly after its launch, they, once again, triggered a ripple effect with most third parties bailing from supporting the system, and the Wii U ending up as Nintendo’s worst selling console of all time. But today? Today, it doesn’t seem to matter. EA is making more money than it ever has before, off the back of Ultimate Team, but their larger relevance in terms of the larger industry appears to be… not as much as it once used to be.

So the Switch continues to soldier on, and EA has just locked itself out of a marketplace that is clearly thriving and could add to their revenues. And that, more than anything, is something that should give EA investors pause. EA is far too entrenched in the current market paradigm, and seems to be entirely resistant to seek potential growth avenues, even outright rejecting them. EA remains one of the only major publishers that didn’t attempt anything major with VR, the only major publisher that has given up on the Switch, and the only major publisher that doesn’t seem to have any actual substantial support for upcoming major platforms like the Stadia announced.

We can discuss all day about those other platforms and avenues—except for the Switch, which, as discussed, is a proven success, VR and Stadia are both on shakier ground, after all. But the point here is that EA doesn’t even try. Other companies do. But EA is far too happy and complacent in the current marketplace, and not even considering looking ahead from it. That’s great in the short term—but in the long term, they could end up missing out on very real, tangible, large markets due to how slow they are to react and respond.