Check out these screenshots from East vs West: A Hearts of Iron Game.

Posted By Zahida Sayed | On 09th, Oct. 2012 Under Screenshots | Follow This Author @GamingBoltTweet

Check out these screenshots from East vs West: A Hearts of Iron Game.

Game Overview:
Choose your game style: Lead any nation in the Post-World War II Era and expand your nation’s influence while the tension rises.Keep a watchful eye on the world: Experience a rich 3D topographic map that allows deep strategic decisions.Take control by all means: Use Diplomacy, Politics, Economy and Espionage to influence the policies of other nations or just outsmart the others in the new economical system.Spy on your opponents: Make good use of your superspies from a collection of Spy Cards.Get support from United Nations: If all else fails, bring your issues in front of the UN General Assembly and hope for a resolution to pass
Feel the pressure when the Doomsday clock rises: Do you push another issue to get more prestige, or will you back down to prevent an escalation to a possible World War III?Take part of the arms race: Fight globally for Ideological Domination and challenge the dynamic military AI. Wage war, secure resources and make sure to control your military production so you are prepared for the worst possible outcome – a global nuclear war.Explore a flexible technology system – Research new technologies to give your nation technological superiority and nuclear supremacy. Take part in the exciting space race or try to develop your own nuclear defense systems.Control the land, air, sea and beyond: Explore the Strategic warfare system to crush your enemies if the situation arises or use guerillas to do the job for you. Freely customize your ships for your own personal strategies in the brand new naval editor.Relive history or change it: Experience historical accuracy that offers unparalleled level of freedom of choice and a large re-playability value.Multiplayer: Battle against your friends in multiplayer for up to 32 players and don’t miss the chance to nuke your friends into oblivion 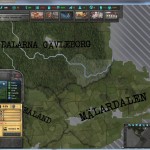 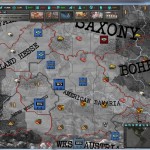 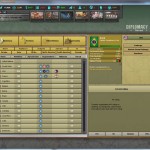 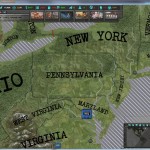