Please use the back-next button to navigate through the images. For better details see the image in full screen. 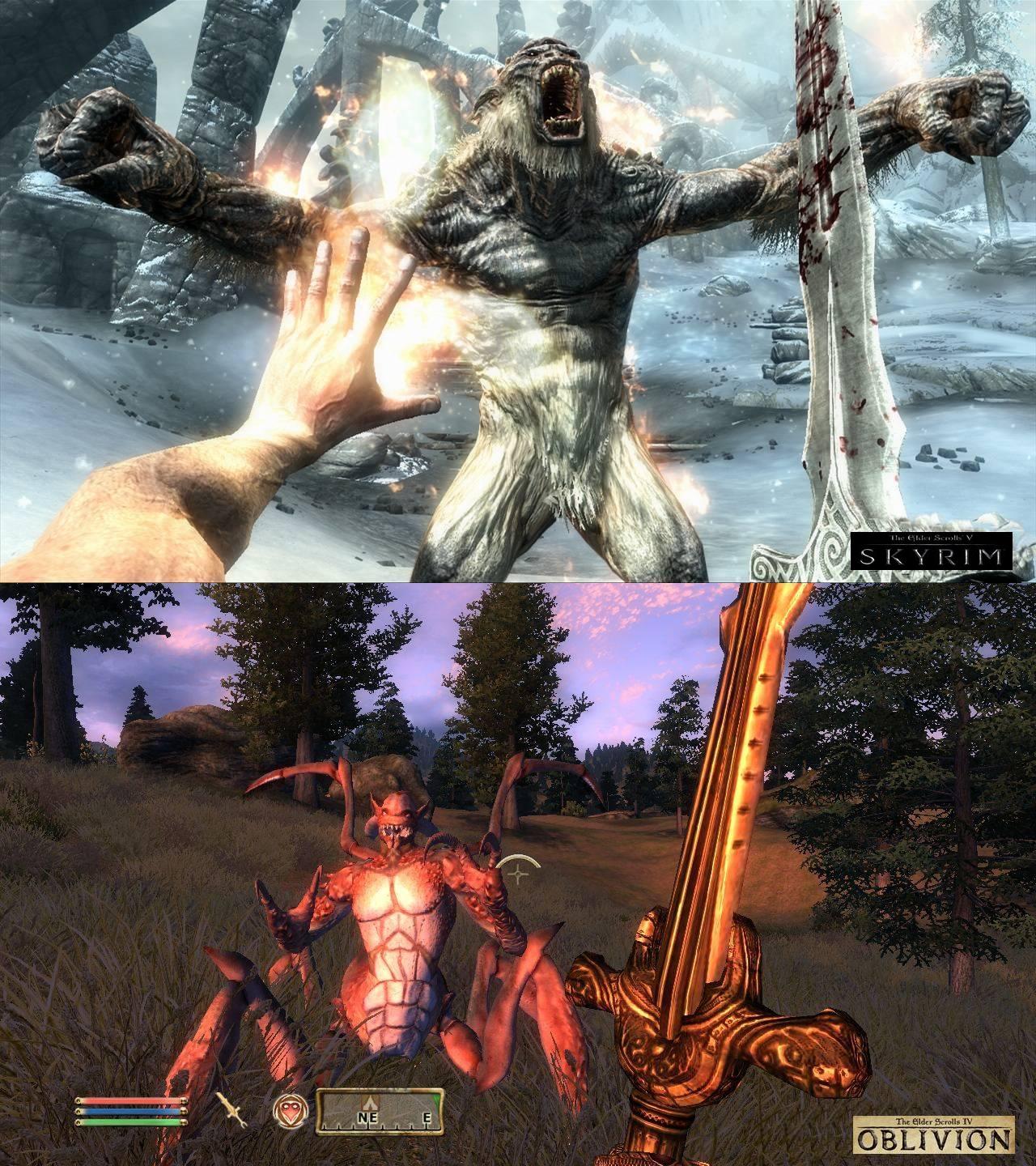 Elder Scrolls IV: Oblivion was one of the first games that I played on the Xbox 360, way back in 2006 and it’s no secret that like many other gamers around, I too fall for it. The game gave the player an amazing world to live in, excellent gameplay mechanics and some interesting NPC’s to deal with.
Five years have since passed on, and obviously technology has grown too and last year Bethesda finally gave heed to fan’s demands of a sequel. So Skyrim was announced and much to our delight it already is looking wonderful.
We decided to do a comparison of Oblivion with Skyrim to see how things have progressed. In this feature we have compared character models, environments, a beautiful river and first person view.
Do check them out and let us know your thoughts in the comments below.