Cyberpunk Middle Earth ain’t all it’s cracked up to be.

Aim for the moon, for even if you miss you’ll end up among the stars. If absolutely nothing else, it is a perfect metaphor for the ambitious and deeply flawed ELEX. The team at Piranha Bytes has proven their talent in the past, but in stark contrast to their past works, ELEX comes off as desperately pandering, trend chasing, over reaching, and most damningly, aggressively boring.

It’s certainly got a high concept going into it. A grand post-apocalyptic sci-fi, fantasy, open world, role playing combat with heavy social simulation aspects where in big bold marketing letters, the player can do anything. The game literally borrows elements from heavyweights like The Elder Scrolls, Witcher, Mass Effect and just a touch of Dark Souls for the combat and RPG systems. This is not a bad thing but it is in the execution that ELEX falters. 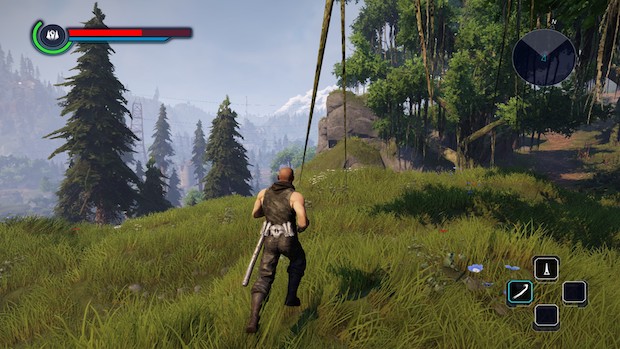 "The game literally borrows elements from heavyweights like The Elder Scrolls, Witcher, Mass Effect and just a touch of Dark Souls for the combat and RPG systems. This is not a bad thing but it is in the execution that ELEX falters."

As it’s been unfortunately shown many times before, a game where the player can do anything is also a game that focuses on nothing. The world of Magalan, a post apocalyptic Earth that was devastated by a meteor which bought with it the volatile, power holding substance called elex.

Outlaws, Clerics, Albs and Berserkers are all trying to make their way on the devastated planet, and each makes use of elex in their own way. Berserkers swear off the drug and live pure lives off the earth, while Outlaws scavenge and trade it to eek out a survival. Clerics use it to power high technology from the old world and Albs, a faction that stands as the central antagonists outside a few offshoots, inject it for the fantastic power it provides. Each faction has it’s own society to engage with as the protagonist manages the different relations in pursuit of his goals, all the while hiding his past with the murderous Albs from those he would ally himself with.

In reality it boils down to a ton of fetch quests that is a giant pain to begin with. The game buries waypoint setting behind about three menus and sometimes asks you to travel across the map to find specific objectives, sometimes into overly hostile territory you aren’t ready for. Sure you can ignore the quest and take care of things by just moving through the world on your own but without having the quest activated you can easily miss the NPC in the building you strutted by. Leaving the player with the options of tediously hashing out one quest at a time or littering with waypoints their map to the point of uselessness. 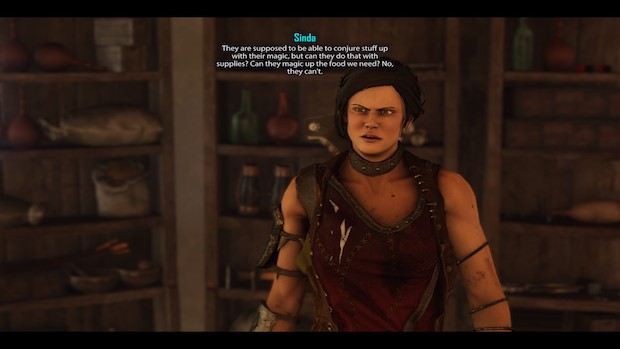 "Tanking frame rates can have a huge impact on the flow of combat. This causes delayed inputs which results into missed attacks or damage taken that doesn’t really feel like your fault."

Bad quest design doesn’t usually bury games, but compared to other recent open world titles like Zelda which make moving through the world its own joy, or even ones that just allow that movement to stay out of the way like Witcher 3, ELEX’s quests seem pretty janky. The landscapes look good, but not good enough to excuse such dramatic and frequent frame rate drops as I was experiencing.

Combat is designed to work off a similar stamina management style to Dark Souls, giving you a choice between a light and heavy attack and allowing you to chain blows, parry and dodge roll, while controlling the flow of the battle by knowing when to press and when to back off. While the game largely succeeds in the intent, and manages to add a few wrinkles with ranged magic and guns, the general problem of the engine hampers the combat quite a lot, making it less enjoyable than contemporaries like The Surge.

Tanking frame rates can have a huge impact on the flow of combat. This causes delayed inputs which results into missed attacks or damage taken that doesn’t really feel like your fault. Locking onto enemies is automatic as soon as you draw whichever weapon you happen to be using, and won’t unlock unless you holster, and the stickiness of the system makes hasty retreat more difficult than necessary. 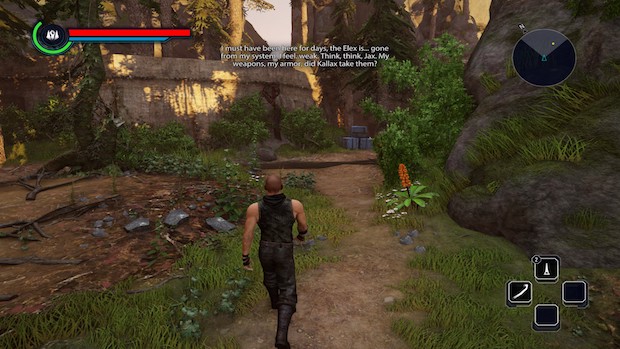 "It’s clear that there’s a core of an ambitious game in ELEX that wants to build a world to stand beside darlings like The Witcher and Skyrim, but technical issues and horrid writing hamper nearly every aspect of the game, well past the point of enjoyability."

In the quieter moments, animations are stiff and poorly rigged, if they were even touched at all, recalling the disaster of Mass Effect Andromeda earlier this year. Conversations consists completely of shot-reverse-shot, back and forth, with the camera on several occasions clipping into nearby people and scenery, jaws flapping vaguely in time with what’s actually being said and awkward gestures giving the impression of bargain bin terminators attempting human interaction, as if most of the game was left to an algorithm to manage.

The writing does nothing to help matters, you’re dropped into the dense lore developed by Piranha Bytes built up knowing nothing and piecing it all together, as if you’re a first timer walking in halfway through Fellowship of the Ring, while knowing absolutely nothing. It’s worse in actual conversations, as the Mass Effect and Skyrim styled conversation tree doesn’t even try to dress up the banal and plain dialog script. Poor dialogues like “Tell me about the thing you just mentioned” can only be heard so often.

It’s clear that there’s a core of an ambitious game in ELEX that wants to build a world to stand beside darlings like The Witcher and Skyrim, but technical issues and horrid writing hamper nearly every aspect of the game, well past the point of enjoyability. ELEX might have been truly special if only it saw the polish it desperately needed. Unfortunately, the grand world of Magalan and the diverse factions residing in it can be boiled down to one thing: Boring.

Technical issues with the frame rate and phoned in writing break aspects of the game and any sense of immersion. Animations are just bad. Quest design is not well implemented with the other systems like the map.

ELEX has ambition but it lacks focus and refinement to become something more than it is. Technical fumbles, bad writing and robotic animations all bring the game down from any possible greatness, and what’s left can only be called mediocre.

A copy of this game was provided by developer/publisher for review purposes. Click here to know more about our Reviews Policy.
Tagged With: ELEX, pc, Piranha Bytes, ps4, THQ Nordic, Xbox One