With the promise of a personal, intimate story against the backdrop of what looks like an intriguing dystopian cyberpunk setting, Chaosmonger Studio’s upcoming Encoyda certainly sounds like an interesting prospect. Point-and-click adventure titles might not have the mainstream appeal they once had, but there’s an undeniable charm to this genre, and Encodya is certainly attempting to capture that. How successfully it does that remains to be seen, but curious about the game as we were, we recently sent across some of our questions about what players should expect from it to the developers. You can read our conversation with Chaosmonger Studio CEO Nicola Piovesan below. 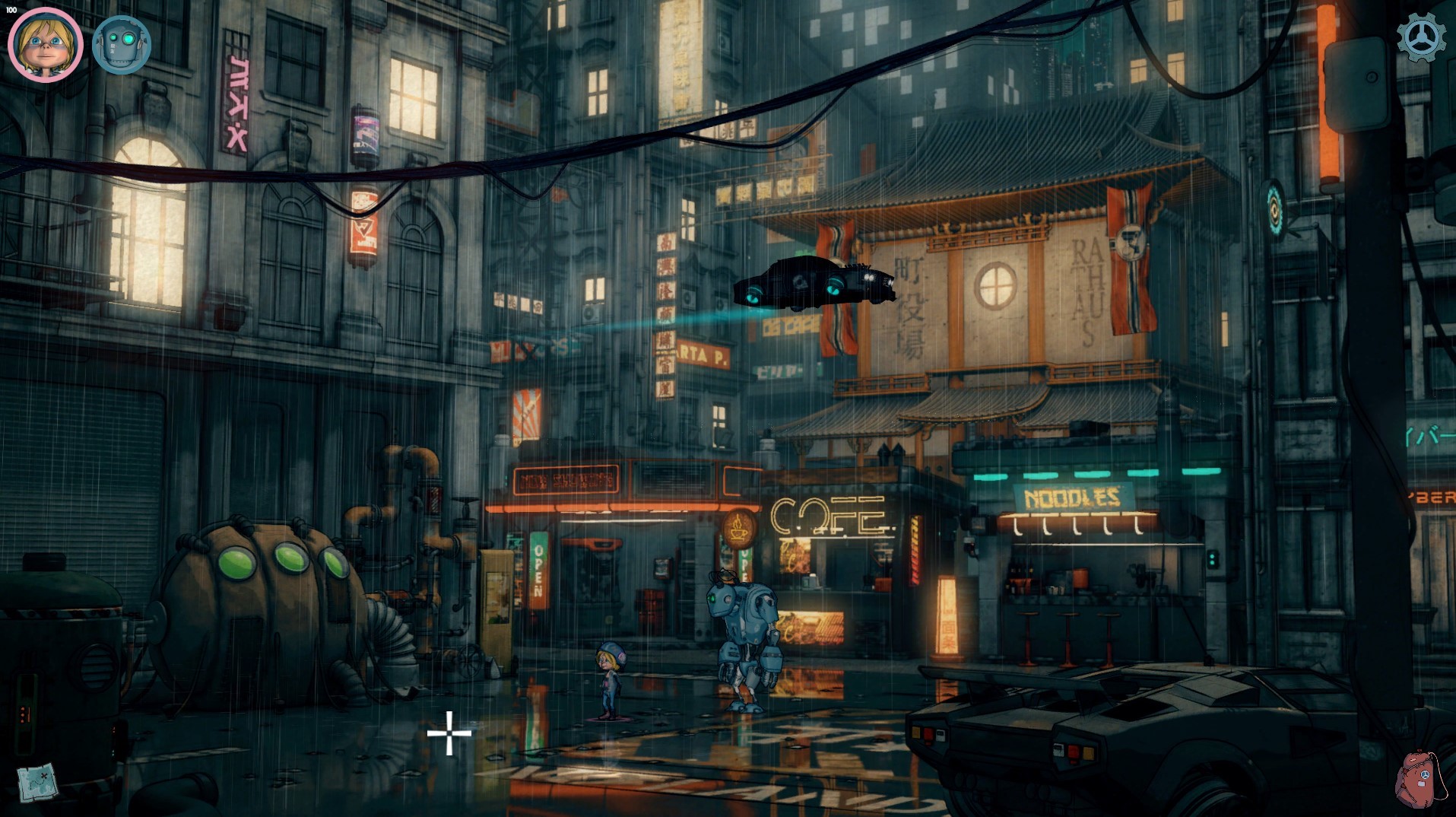 "I’m trying to create my own cyberpunk universe that is a bit “retro-futuristic” (there are many 80s references) and keeps a lot of the genre trademarks: a rainy city with tons of Asian signboards, controlled by huge corporations and corrupted politicians."

Encodya features a beautiful visual aesthetic- can you talk us through the process of how you landed on this art style for the game?

I come from the film industry, working for almost 20 years as film director/producer and started developing games not even 2 years ago. So, the Encodya aesthetic comes from my experience with movies, especially animation movies. In fact, Encodya is the development of a short film called Robot Will Protect You and it uses the same style and techniques to render the beautiful environments. It’s called NPR (Non-Photorealistic Render) and basically even if everything is created using 3D software, I manipulate the shaders and the overall look, to appear as much as possible “hand-drawn”. It’s somehow my own technique, even if not so different from games like Borderlands or titles from Telltale.

It seems like the city of Neo-Berlin is going to be an integral part of the story and overall experience in Encodya. What can you tell us about what the game’s world-building and storytelling do to bring that setting to life?

The city of Neo-Berlin is part of a bigger project, that started few years ago with the short film Attack of the Cyber Octopuses (a live action tribute to the 80s sci-fi, entirely made with practical effects and miniatures) and later with the aforementioned Robot Will Protect You. I’m trying to create my own cyberpunk universe that is a bit “retro-futuristic” (there are many 80s references) and keeps a lot of the genre trademarks: a rainy city with tons of Asian signboards, controlled by huge corporations and corrupted politicians. And of course, all of that will have a role in the narrative of Encodya.

How much will players be able to explore and learn more about Neo-Berlin?

The whole game will have about 110 unique locations. And, even if not all of them are set in the city, the player can explore it a lot: from a residential area to the historical quarter, to downtown to the slums. Then, through dialogues with NPCs, as well as consulting a few terminals around the city, it’ll be possible to have more information about it, when the city was funded and why, how are the government & corporations controlling it, what are the citizens doing, etc. 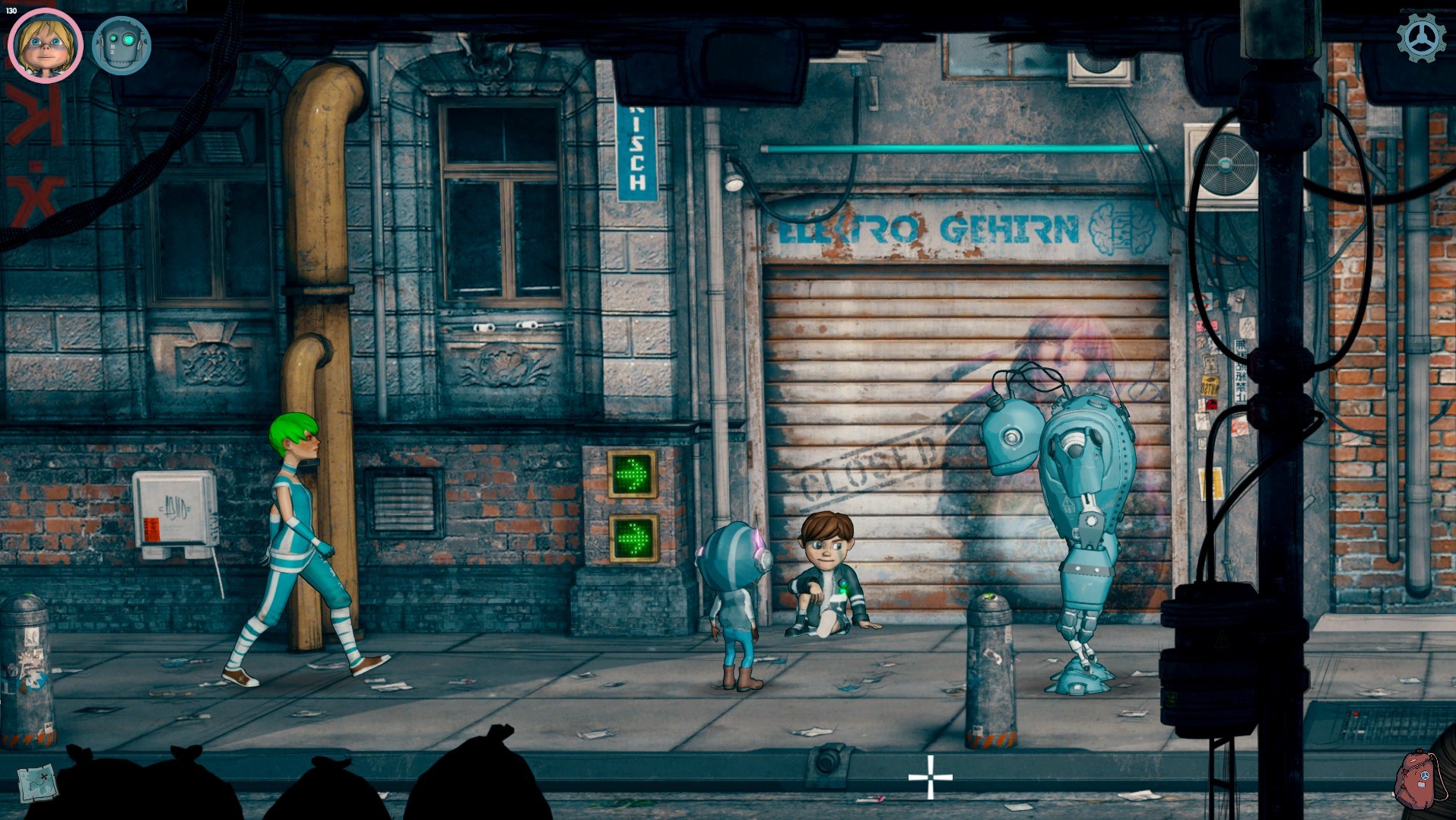 "Encodya’s story will encompass a kid’s personal drama and the possibility to change Neo-Berlin dystopia into a utopia."

The juxtaposition of what seems like a very personal story set against this dystopian futuristic setting is an interesting one- what sort of a balance does the game strike between those two sides?

The narrative will be very intimate, related to the personal life of the young protagonist, Tina, a 9-year-old orphan. However, she discovers she has a truly important mission that can change the world she lives in. It’s something that you can find in many of Alfred Hitchcock’s movies: an ordinary person getting involved in a big, international plot. I don’t want to spoil much about the story (which is a true strong point of Encodya), but it’ll encompass a kid’s personal drama and the possibility to change Neo-Berlin dystopia into a utopia.

There was a demo that was released for Encodya last year, and reception for it was quite positive. How did that help with the game’s development?

Yes, the reception of the Encodya demo was truly good and lately we re-launched it through the Steam Summer Festival, where it got a new round of approvals. This really motivates me and my team to do a great job and improve the game as much as possible. We don’t want to disappoint the people who enjoyed the demo, many of which played it a year ago, contributed to the Kickstarter and made Encodya a reality. I think we improved many things from the demo, and I can’t wait to release the full game.

Roughly how long will an average playthrough of Encodya be?

It’s very hard to tell the playthrough of a point-and-click game… Some people can take an hour to solve a puzzle, while others can take 5 minutes! However, if you make a comparison with Monkey Island 2: Le Chuck’s Revenge (which is a great source of inspiration for Encodya), the average time to finish that masterpiece was 7 hours, and it has about 70 locations and 90 inventory items. Encodya will have 110 locations and 125 inventory items, so all in all I estimate about 8-9 hours of gameplay. 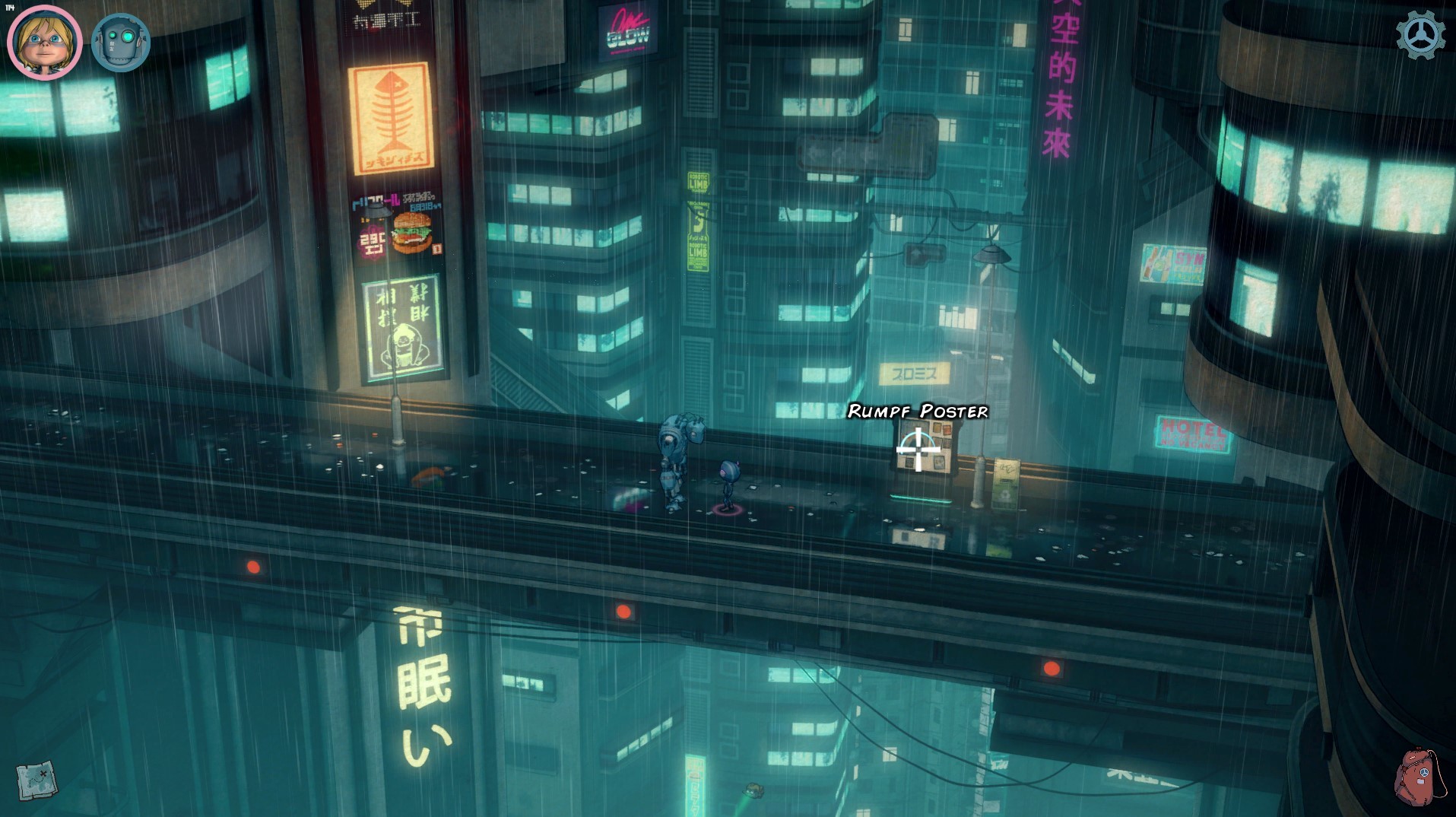 "Encodya will have 110 locations and 125 inventory items, so all in all I estimate about 8-9 hours of gameplay."

Do you have any plans to launch on the Switch, PS4, or Xbox One?

For now, I’m focused on finishing the PC, and then we will look at all the options.

Yes, we are evaluating also to port it for next-gen. We are developing Encodya in 4K and with stunning graphics and immersive sound, that surely next-gen consoles could highlight, due to their CPU, GPU, sound-system, and fast SSDs.