Namco Bandai and developers Ninja Theory has put out some downloadable content for the ‘Enslaved’.  The DLC is called ‘Pigsy’s Prefect 10’ and is unique from your usual DLC in a game.  It features you playing Pigsy, a character in the Enslaved game but never actual played as him.  The DLC is literally a stand alone package that you just need the Enslaved disc for and of course your’e playing in the Enslaved world with similar enemies.  This content actually took me completely by surprise and was quite enjoyable. 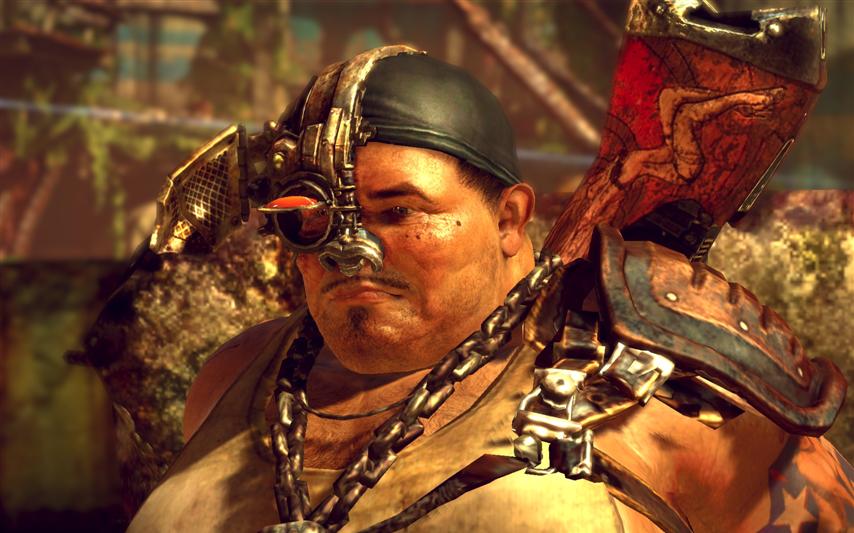 You start off with Pigsy narrating the story from beginning to end.  He gets his own abilities as he moves through the story but always carries his trusty sniper rifle which has infinite ammo making things easier.  The abilities you’ll eventually gain are EMP’s, Decoys, Ally (Changing enemies to friendlies) and Bombs.  All of these abilities prove to be quite useful and the game gives you the option of how you want to go about scenarios.  You can complete tasks in many different ways, it’s all up to you.  A small stun baton like rig is equipped to your hand for enemies that rush that you can quickly press a button to activate, but has a recharge time after one use much like all your other abilities. 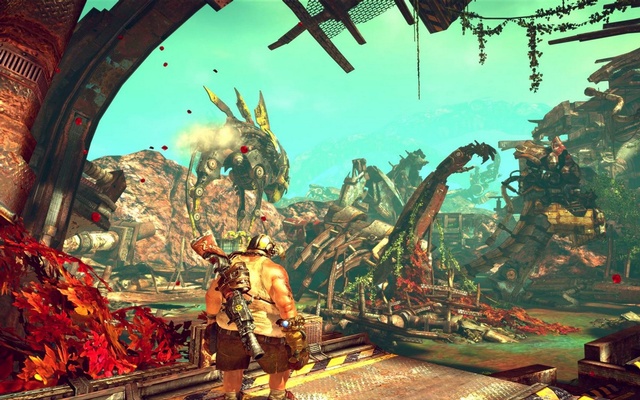 The story and plot was well thought out and I don’t want to give anything away, but there are twists that you will not expect.  There are cut scenes after every couple of levels that truly add to the content whether it is just Pigsy narrating or it’s an epic scenario.. for the story at least.  I must also stress that it is really different from the Enslaved game in that manor, with this story being a stand alone mini game if you will.  The graphics are as wonderful as they are in the full game even if Piggsy isn’t the prettiest thing to look at.  Pigsy’s Perfect 10 is a well worth is buy for $10/800 Microsoft Points, I think it is dead on with its worth.  As well as how impressive it was I would definitely recommend this to anyone that enjoyed enslaved.

Lengthy at around 6 hours. Good story and nice to see the game through another characters perspective.

There are more collectibles and they are not tracked as easily as in the full game. Not much variety in enemies.

A great add on that is a whole other story in itself that is well told with humor and from a different characters perspective.. Piggsy's. The longer length adds to what other DLC packs just don't have.

A copy of this game was provided by developer/publisher for review purposes. Click here to know more about our Reviews Policy.
Tagged With: DLC, Enslaved, ps3, xbox 360