Epic Mickey Power of Illusion boxart to be chosen by fans

Using the medium of Facebook, Disney have opened up the floor to fans in allowing them to vote for their favourite boxart to be shipped with the game.

Disney want you, yes you, no not him, the pretty one, to head on over to the Epic Mickey Power of Illusion Facebook page and pick one of two cover designs. 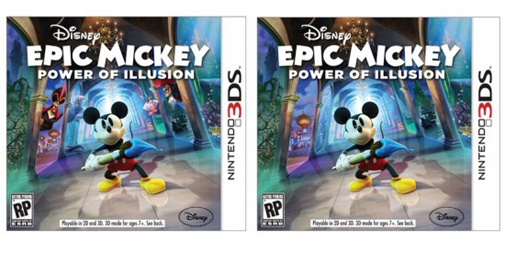 As you can see, the choice isn’t exactly huge. Each cover image is virtually identical, save for the select archetypal Disney villains lurking in the background. Still, it’s an interesting take on fan involvement with a game, I can understand not wanting to mock up two entirely different cover designs only for one to be dismissed outright and thrown in the bin. At this moment in time, the more villainous choice is edging the proceedings.

Epic Mickey The Power of Illusion comes to 3DS on 18 November later this year.