Gamasutra recently carried out an interview with Epic founder Tim Sweeney who suggested that “we’re only about a factor of a thousand” away from perfect graphical realism in games, but it might only be 10-15 years time before it’s accomplished. 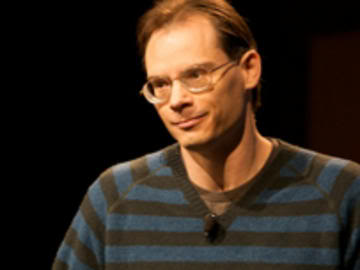 Some Excerpts from the interview :

Does it scare you when you see Crysis… or, I don’t know. What’s the biggest competitor in the game engine market? Is it id’s stuff, or is it another company?

Today, it’s Crysis. Because Crysis is doing some things on high-end PCs that we’re not doing ourselves. That’s a tricky case though, because we could do vastly more than we’re currently doing if we focused on supporting dual high-end video cards, which have about 10 times the graphics horsepower of a console today.

The thing is, that market is about 2% the size of the overall next-generation game market — PS3, Xbox 360, and mainstream PC. So there’s a real hard business decision: if you go the route that Crytek goes, you can beat us in certain areas in graphics, but you’re really sacrificing the larger market.

Do you think that if the graphics were perfectly realistic that you would create a “final” version of the Unreal Engine? As in, you’d never have to make another one because you got it perfect?

I don’t think we’d ever be done. If you look at special effects or anything like that, even if you have perfect rendering, you might have the inner loop of the renderer which processes sub-pixel triangle primitives and generates perfectly anti-aliased graphics — that might be completely done, but still, the tools and the functionality that lets the artist create the environment is infinitely improvable.

Currently, our approaches are somewhat primitive if you look at it. If you want to build a city for a massively multiplayer game, the artists model a single column or wall, then they copy and paste it throughout the world. You’d run really large-scale procedural tools for defining road systems and defining buildings, and the structure and architecture of buildings.

You could really do a lot more to improve productivity than any current engine or modeling tool is doing. So I see decades and decades of work there, just to make ever-better tools. And special effects as well. Particle systems are only partly limited by computing power.

The other limitation is the tools that the artists have to control what’s really going to happen, and to do that productively. If you can make tools more productive so an artist can do more in an hour, then that’s an improvement too.