Posted By Shubhankar Parijat | On 20th, Jan. 2015 Under Article, Reviews

The Dead Island series, from the off, has been one that has promised a lot. Remember that very first Dead Island trailer? Of course you do. We all do. And chances are, we all probably will for a long time to come yet. The original Dead Island promised to be so much and more, and yet when it came out, while it was by no means a bad game, it was just… okay. It was nothing special, and definitely not as special as the developers or the pre-release hype had lead us to believe.

Escape Dead Island may not have had nearly as much hype as the original Dead Island did, and by now people know what to expect and what not to expect from the series in general, but when you play Escape Dead Island, you always have that feeling in your heart that the game is about to throw something very special at you, that something extraordinary is just around the corner, something that will make you pause and take in what just happened- either from a gameplay perspective or from a story perspective. But that something never happens. 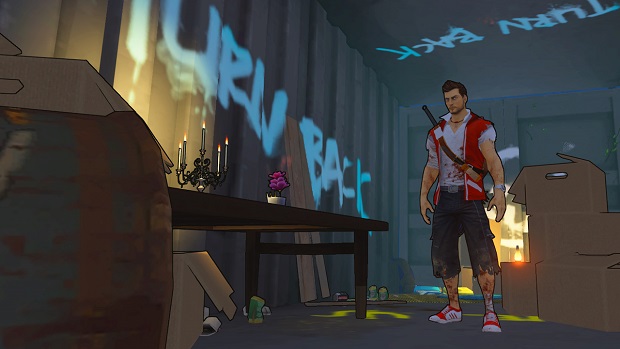 "The gradual breaking down of Cliff’s character, going from a spoilt rich kid- again, not anything we haven’t seen before- to a person who is teetering on the edge of insanity, is intriguing to say the least."

There’s no reason to believe this is a bad game. No, this is not, definitely not a bad game. But it’s not great. It’s not even very good. It’s not special by a long shot. It’s average, it’s ordinary, it’s nothing that will stand out in your memory for a long time. While that may not be heavy criticism for any other game- after all, there aren’t very many games these days that can excite you enough for you to think of it as one of the all time greats- it is a huge point working against this game.

It’s because of this that I say that Escape Dead Island is a game of paradoxes- flirting with greatness and yet grounded in unoriginality at all times, simultaneously. The foundations that the story of this game are built on are full of clichés. There’s everything you expect there to be in a zombie story. There’s nothing you will see in the first few minutes or hours, as you see the plot developing and being built up, that will make you feel like you haven’t seen this before. You know where it’s all coming from, and you’re familiar with it- if you’ve read or played or seen a zombie story before.

And yet those clichés are very well executed, enough for the story to be actually interesting. And then there’s the personal storyline of the main character, the protagonist, which, I feel, really stands out. The gradual breaking down of Cliff’s character, going from a spoilt rich kid- again, not anything we haven’t seen before- to a person who is teetering on the edge of insanity, is intriguing to say the least. It’s a very fascinating character arc and one that is executed rather well, and more than anything else that the entire game has to offer, it’s this that keeps you hooked for however long it is that you do end up playing Escape Dead Island. 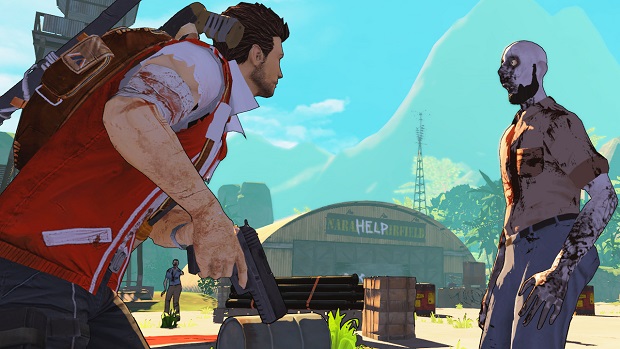 "What is not paradoxical even in the slightest is the gameplay, and more specifically, the combat. It’s always underwhelming. Bland, in fact. The combat is routine zombie-smashing affair, and the things that usually make that fun are largely absent here."

However, all the other aspects of the story never quite seem to be able to match up to this arc. Their unoriginality will always bug you, and there will be plenty of occasions when you’ll just think, “okay, move on, I’ve seen this before dozens of times. Get to the good stuff now.” Paradoxical.

What is not paradoxical even in the slightest is the gameplay, and more specifically, the combat. It’s always underwhelming. Bland, in fact. The combat is routine zombie-smashing affair, and the things that usually make that fun are largely absent here. The weapon selection is very basic and uninteresting, and there isn’t even a nice, layered upgrade system here to mix things up or keep them refreshing.

Even when the game is focusing on Cliff’s gradual descent into insanity, it’s all still the same. All that is different is the environments. What you’re doing is killing the same old zombies with the same old weapons… in a different environment. What’s worse is that when you play, you always feel like you can overpower even the largest hordes of zombies that the game can and will throw at you. It takes away the tension that a survival horror game should intrinsically have. The excessive amounts of backtracking also do not help. If anything, they make the playing sections seem even more cumbersome- not a good sign, considering this is a game after all.

There’s some stuff to be liked here, though. The music is always intense and excellent, and the graphical style is excellent. It’s not like anything we’ve seen in Dead Island games before, and Escape is better for it. The photo ops are a nice distraction from the zombie killing action and collecting all the collectibles throughout the entire game proves to be more enjoyable than you would expect.

Ultimately, there’s plenty of stuff in Escape Dead Island that has to be commended, but plenty of other stuff that, in more ways than one, lets the commendable stuff down. Escape Dead Island promises greatness and memorable moments throughout the game, but sadly, time and again, it fails to deliver on those promises.

Nice visual style; The mental breakdown of the protagonist is, from a story standpoint, very intriguing; Intense musical score; Finding collectables is fun

Bland, unoriginal gameplay; Too many clichés; The larger story or the combat never live up to the potential of the protagonist’s personal storyline

Escape Dead Island is a game with a lot of potential that ultimately disappoints.

A copy of this game was provided by developer/publisher for review purposes. Click here to know more about our Reviews Policy.
Tagged With: Deep Silver, ESCAPE Dead Island, Fatshark, pc, ps3, xbox 360