Europa Universalis 3 was released back in 2007, and since then, it has had three expansion packs. Never ever have I felt that the game was getting boring, or that it had lost any of its qualities. While the fourth expansion pack, Divine Wind, can be a bit tedious, and even repetitive to those who have been playing Universalis 3 for the past few years, it still provides for an excellent extra few stuff added to the game, that makes the experience ever deeper and more enjoyable. Those who are long time gamers with a lot of patience, Europa Universalis 3: Divine Wind is definitely something that should be given a try. 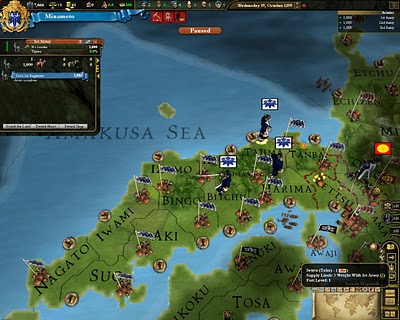 The maps just got bigger. And better.

The idea of the original Europa Universalis 3 was to control nations within Europe. That is kind of a given, seeing as the game is called Europa Universalis. Divine Wind, however, has gone beyond the European borders, spreading its reach far out, to other nations such as China and Japan.

You start out in the year 1399, slowly building your empire. And building your empire feels really authentic, let me tell you. Seeing your empire grow from a minor, non-settlement to a full grown hub for trade/war/whatever is a great feeling, and knowing that you did all the hard work, and saw the gradual change before your very own eyes is very gratifying. The way we can build an entire army, call upon allies in times of need, negotiate terms of peace with foes in times of war or battles… it all lends a lot of depth to the entire “nation building” feel of the game.

However, there is a flip-side to this. While seeing your empire build overtime must be a great thing to see for some gamers, others might find it to be a big drag, and a boring and dull aspect of the game, squeezed in to force more hours of gameplay. Long time fans of the Strategy genre might be used to such things, but be warned- if the genre is unknown territory to you, might want to have cautious. Do not tread these grounds until you have enough patience. 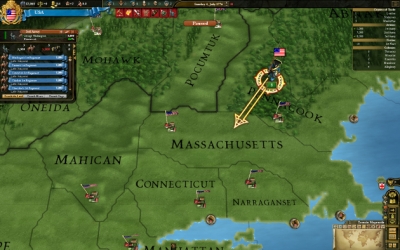 While impatient gamers might feel like going bald without the need of a barber, the end results are extremely gratifying.

What is the best part of Divine Wind (or Europa Universalis 3 in general) is that it blends actual history with the game’s scenarios. Like four “sub-civilizations” in Japan in contention for the Shogun title, or the ongoing wars in Middle Asia and the horseback invasion… it lends even more depth to the entire experience.

Even the new building system adds a great deal of strategy and complexity to the game. Should you build that college, or that stronghold? And what if you do not have enough resources? And what if, in such a case, you are in face of trouble? Do you give in, succumb, or do you try to find a way out? The new system forces players on thinking more, and acting in a more defensive manner, rather than going all out.

Though all is not good in Divine Wind. The graphics still haven’t seen an upgrade, and you people will be seeing the same maps and arrows you saw in 07 when Europa Universalis 3 cam out. While it will not deter the experience of hardcore gamers much, it might prove to be a hindrance for newcomers to the genre or the series. 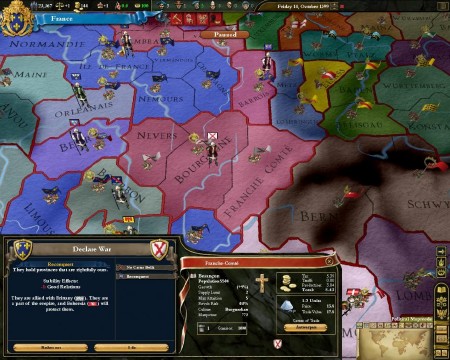 The visuals could use an overhaul

Ultimately, Europa Universalis 3: Divine Wind is a great game. It has some great new additions and tweaks, and the Europa Universalis 3 experience is deeper, more enjoyable and more complex than ever. However, it also has a few faults of its own. Still, fans of the strategy genre or the Europa series should definitely give this a try. Those who are new to the genre: proceed with caution.

Can get tedious and tiring after very short spans of time; Graphical palette could do with an overhaul; Sometimes, it may feel as if the time in-game is passing a bit too slowly; Wars can escalate very quickly; Multiplayer could use a bit more variety

While Divine Wind can get tedious, and maybe even drab and dull for some impatient gamers, the fourth expansion pack of Europa Universalis 3 is an enjoyable and deep experience.