Posted By Rashid Sayed | On 22nd, Nov. 2012 Under Interviews | Follow This Author @GamingBoltTweet

We recently got a chance to meet up with Chris King, Game Designer, Paradox Development Studio and we talked about the upcoming, the grand daddy of all strategy games: Europa Universalis IV. We have tons of new information in this massive interview including how nation building will work, improvements in AI, accessibility, economic system and whether the franchise will ever make it’s way to consoles. 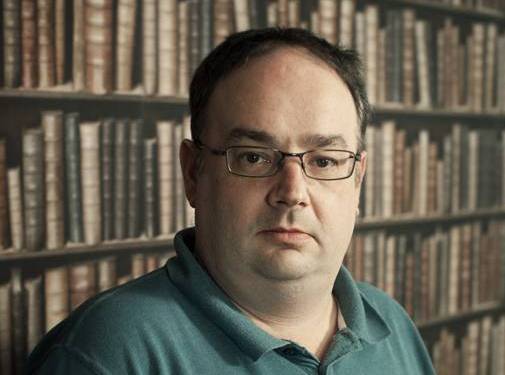 Rashid Sayed: For some of our users who are not quite exposed to grand strategy games such as these, can you please shed some light on the Europa Universalis franchise and why some PC gamers swear by it?

Chris King: Europa Universalis is a game about building your empire through trade, exploration, diplomacy and warfare during the age of discovery. What really makes the game series unique is that its scope coupled with its attention to historical detail where you can play any country in the world. Since every country is unique in its setup no two games will be the same.  Europa Universalis is grand strategy in truest sense of the word. You take control of a country and your steer it through 400 years of history. The game is a sand box, so there are no victory conditions as such. You as a player set your own goals and choose your own destiny. The world is your canvas and you can paint your own masterpiece.

Rashid Sayed: What is the expected size of maps and provinces in Europa Universalis IV? Are they going to bigger and better compared to what we saw in Victoria 2?

Chris King: We feel that for Western Europe the current number of provinces is about right, so we are looking at other parts of the world with an aim to bring them up to the Western European standard. 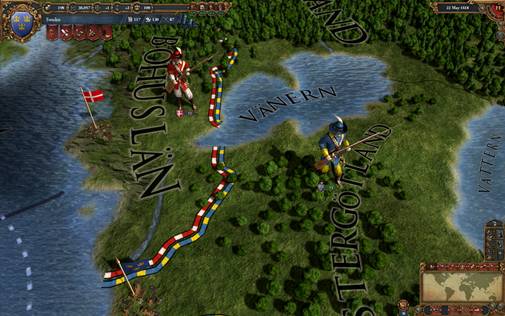 Rashid Sayed: Europa Universalis IV promises to feature complete customization and modding. What kind of modding tools will be available on launch?

Rashid Sayed: The game is running on an improved Clausewitz Engine (version 2.5). What changes have you made in the engine and how has this helped to bring in more new gameplay features?

Chris King: The Clausewitz Engine (version 2.5) improvements are most visible with the map, which we feel is a huge leap forward from the Europa Universalis III map. We are adding more life into the map with shadows, seasons and ambient objects to really give the player a vivid world. We have an all new map engine that was built for Crusader Kings II and forms the basis for Europa Univeralis IV’s map.

The changes under the hood are more focused on speeding up development. This should still translate into a better game, because we can spend additional time testing and balancing features to make sure they work as well as we can make them.

Rashid Sayed: Can you please explain in detail how nation building works in Europa Universalis IV? Rashid Sayed: Monarch Power is something new that has been introduced in to the franchise. How does this new system actually work?  How does the leader’s trait affect gameplay?

Chris King: During the Europa Universalis time period, it was not a steady rise of countries. Some countries stagnated for a time while others had their moment in the sun. We didn’t want to arbitrarily say that because the year is X county Y will now stagnate for a while. So we decided to invest this in the person of the monarch. We feel this fits the period, when we talk about the rise of the Prussia we talk about Fredrick the Great, when you look at the advance of the Ottomans you also have a string of highly capable of Sultans.

The idea to use Monarch power in Europa Universalis IV is partly based on one of the things we love the most with Crusader Kings II – that it was constant ebb & flow in gameplay. The game can never reach a point when it goes so well that the gameplay gets static. Because you are always need to play tactical to get the most out of the situation even with a limited ruler. This will make the game challenging all the way through.

What monarch points do is influence major parts of game play, in particular technology advancement and the construction of buildings. If you have a strong monarch, you will receive more points so you will grow faster. A poor monarch and you will do this slower. Your country and what you’ve built stays the same, but the challenges facing you changes. Thus you will have an ebb and flow of countries, and although things may seem a bit grim at the moment you always know that you are one good monarch away from a comeback Elvis would have been proud of.

Rashid Sayed: Are you guys providing new economical options? If yes, we would love to know more about it.

Chris King: On the economic side our biggest change is an overhaul to the trade system. We have a system of trade nodes, a bit like the previous center of trade system where each province belongs to a trade node.  However the trade nodes now connect together through trade routes. Inside a trade node a country has power, which comes from one of three sources, either provinces, the presence of ships or a merchant.

Power can be used to either earn money or push income along the trade route. Trade routes also split at certain points, for example at the entrance to the red sea the trade can go either south round Africa or north towards Venice. A merchant present in one of these nodes can use your power to steer the trade in a particular direction. This new system completely changes the trade system by integrating it fully into the main game while giving you a new route to getting wealthy. Our goal is make trade integral to core game play, making a trade empire just as much as an option as a land empire.

Rashid Sayed: Have you thought of adding more dynamism to the war system? For example if one of the nations is an ally to you and if it decides to leave you in the middle of a war it will result in to prestige loss for that nation.

Chris King: We are definitely looking at a different system were your choices in war will influence your relations with your partners. So if you make a separate peace your relations will suffer, fight to end and get a boost. Be generous and share the spoils of conquest with your allies and they will remember.

Chris King: More complicated negotiations between player and AI is something we think about, but we never do it and Europa Univeralis IV is the same. The main reason for us, which leads nicely into the next question is AI. The challenge of writing an AI that could use the system would demand so much development time that there would no time left for other features. 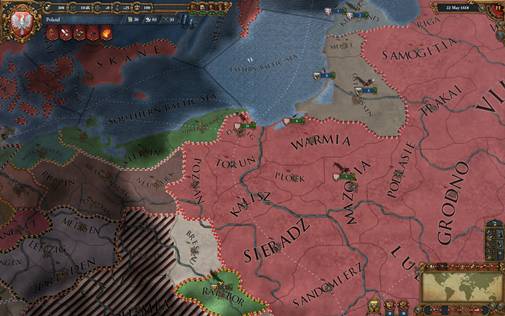 Rashid Sayed: What steps have the development team taken to improve the AI?

Chris King: The biggest thing we have done is in the realm of project planning for Europa Universalis IV. There is no magic silver bullet that makes an AI good, AI is job of continual improvement where with each iteration the AI gets better. We have planned the Europa Universalis IV project with a long tail, where we in the long run will focus on major game improvement. Part of this time will absolutely be devoted to the AI, going slowly through it improving the AI bit by bit.  The game is still early in development, but the development schedule leaves time for plenty of work on the AI to make it the very best we can and we intend to use ever second.

Chris King: We have 400 years of history and the whole world as our playground. I am convinced that there is no shortage of things we can do. A lot has happened since we released Europa Universalis III then and we felt it was time to take a look at what we’ve learnt through the games that we’ve produced since then, like Victoria II, Hearts of iron III and Crusader Kings II, but also what the game has grown into with all the expansions and what we want Europa Universalis IV to be.

To look at one example, we have overhauled trade, which is has remained broadly unchanged since the original Europa Universalis. We felt now was the right time for a sequel, because we felt we were reaching the limits of how much we could cram into the current interfaces. Being able to rework these from scratch is a great position to be in. 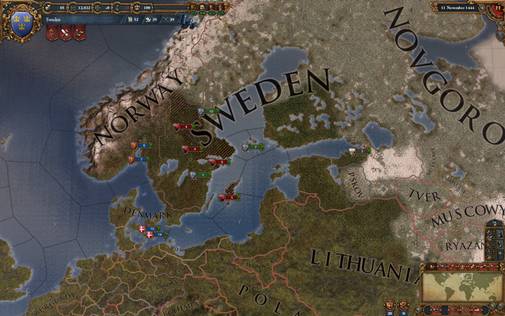 Rashid Sayed: Accessibility is the key to sales. Considering such games are so complex, and created for hardcore PC gamers, have you guys stayed true to the gameplay design or have changed it a bit to appeal to a wider market?

Chris King: Well, I don’t agree with the position that our game is either mass market or complex. The biggest challenge a developer faces have is in interface design. Improvements to your interface allow you to keep the same level of complexity while at the same time broadening the appeal. With a new a game and the freedom it offers we can start from square one with the interface.

So we are looking to streamline the interface to help new and old players alike. To give two examples of this in Paradox Development Studio games – you have the outliner and alerts. Looking back on it I wonder how I played without them because they make the games so much easier to play.   One of our goals with Europa Universalis IV is to keep the complexity in the game, but at the same time make the game more intuitive and less complicated to get into for the player.

Rashid Sayed: Strategy games have historically stayed on the PC and personally I feel they best belong there. But given the dynamic nature of today’s gaming industry and the number of people who are adopting consoles (PS3/Xbox 360), are you guys eager to branch out Europa Universalis to more platforms?

Chris King: There are no plans at the moment to branch out to more platforms. Our main goal is to make Europa Universalis IV the best PC experience we can. We want this game to be an empire building game like no other.