I do have a special love for our empire building series Europa Universalis and the team, we are all major fans of this series. We are a group who love playing Europa Universalis, both in singleplayer and in multiplayer together, so you could definitely say it is the favorite series for the people working on Europa Universalis IV.

For you unfamiliar with the series, Europa Universalis IV is a grand strategy game where you take on the role as the guiding hand behind a nation struggling for supremacy during 400 years of history. 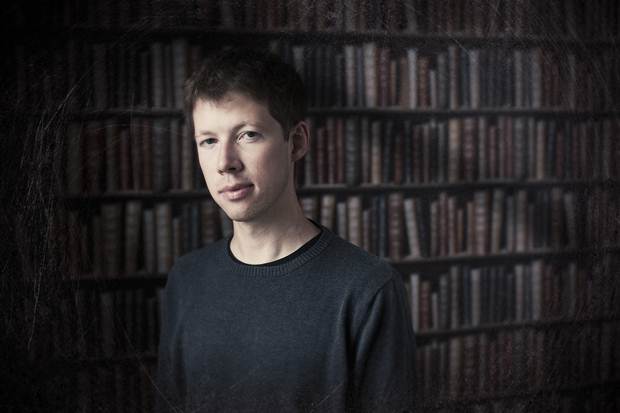 This game was not like anything I’ve ever played before, I had played Civilization and Imperialism, but a game that actually had a historical world map and where even the smallest AI state played to win was something that fascinated me.
Then I learned that a sequel was coming out I managed to sneak my way into the beta. Not sure if I reported that many bugs, but I was pestering the devs about my pet peeves and even managed to write an historical event that was actually taken into the game, I was very proud.

Then later when I was looking for a job paradox was looking for a programmer and I started to work at a very cramped office in central Stockholm. After some other projects and moving office three times I got to work the sequel to my old favorite game, Europa Universalis III. Now several years later I get to stand here as the project lead for Europa Universalis IV, it’s been quite a ride.

During those years we’ve accumulated quite a lot of ideas, and discarded far more. We’ve come to understand what Europa Universalis is about for a lot of people, and what it means for ourselves.

During 2010 we spent a lot of time working on the design concepts, and late in 2011, the core team for Europa Universalis IV was assembled, and actual development started. We wanted to reconquer Europa Universalis, because the most exciting thing about a sequel is for us truly the ability to go back and do more with a game with the goal of taking it to the next level. 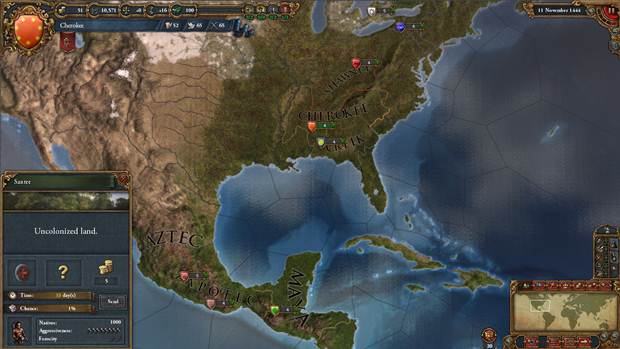 Creating a sequel for this game is of course a great challenge. It’s not only what the original game was but a huge part is also what Europa Universalis III grew into with all the expansions, from the first release to the fourth expansion. For every office multiplayer game and every time we went to the pub over the years, we came up with new ideas that generated yet another expansion. With the new expansions the game really morphed into something that a lot of us came to see as the ultimate strategy game.

The challenge in creating a sequel comes in keeping true to previous game and what it became, while giving all our fans enough that is new to make it feel that it is worth calling it a new game.

One important thing though, is that while we had lots of cool and interesting ideas for Europa Universalis we simply couldn’t just add them all in, as the game would become an unwieldy mass. Europa Universalis has a complexity level that we do not want to dramatically increase. We are happy with the level of complexity and want to keep it at this level. And while improving the interface can reduce it a fair bit, it is a very fine balance when it comes to designing a game.

So we took a step back and looked at what Europa Universalis was and what we wanted to do, and since it’s a new game, we had quite a large amount of flexibility. We could rewrite entire systems from scratch, and do some paradigm shifts.  One such example is the complete removal of the old trade system with centers of trade, which was replaced with a new trade system with dynamic flow of trade. This flexibility has been a great benefit when it comes to designing the game. 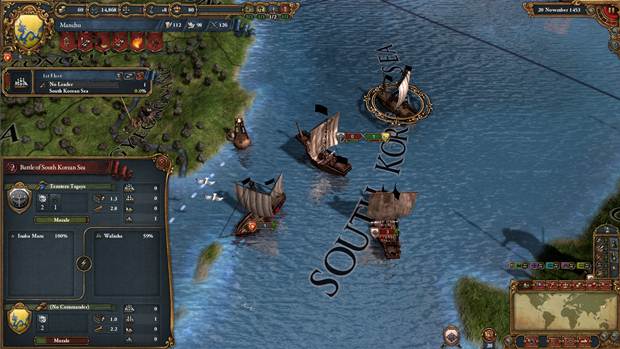 What we have done is that we have done a complete overhaul of the trade system, added a new monarch power system and a done a major rework of the diplomacy system. We have also taken a good look at most of the features, big and small. How well do they work with each other, which parts makes the game fun and which are more tedious.

In all our games we aim to have believable mechanics. When playing a Grand Strategy game it should be about immersion and suspension of disbelief. You should feel like you are playing a country in the time period. This is something all our Europa Universalis games have managed to achieve, and it is very important that Europa Universalis IV will have that same feeling.

And the first step was also the most painful for us on the team – the purge. Purging is when we remove features that simply are not good enough, or not as fun and exciting as we had hoped them to be when we thought of them, or that we feel stand in the way of a completely new system.  Sometimes you remove features because they are not good enough, and sometimes because you feel that they simply are not fun enough. 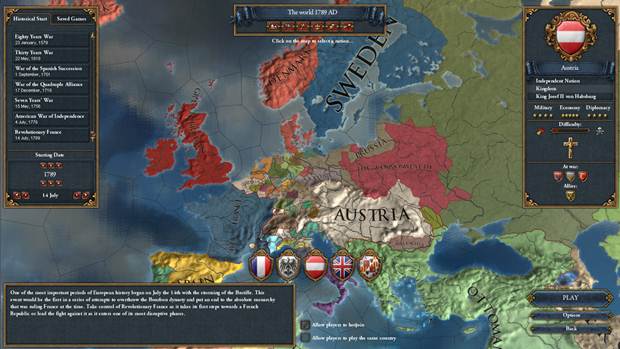 For example spies were present in Europa Universalis III, features that will not be around in Europa Universalis IV. Spies were removed along with the entire system for sending them to do covert actions. We felt that the mechanic wasn´t enjoyable enough. First, it came down to ‘click for random effect’, and, second, it had a negative effect on the game balance. At the same time we kept and developed the best bits of it, if you want to support rebels in your neighbor’s realm you send a diplomat to do it, only now you can choose exactly which type of rebel to support and how much money to give them.

Trust me when I say that it is hard for us to kill our darlings and let features go altogether. We have all lived and breathed the Europa Universalis series and we’ve invested time in creating the features we are now tossing aside. But sometimes you have to let go of features people have come to know and understand in order to make the overall game experience greater. No matter how hard it feels and no matter how your heart (or head) hurts… 😉