Turtle Rock is still figuring out what DLC will look like. 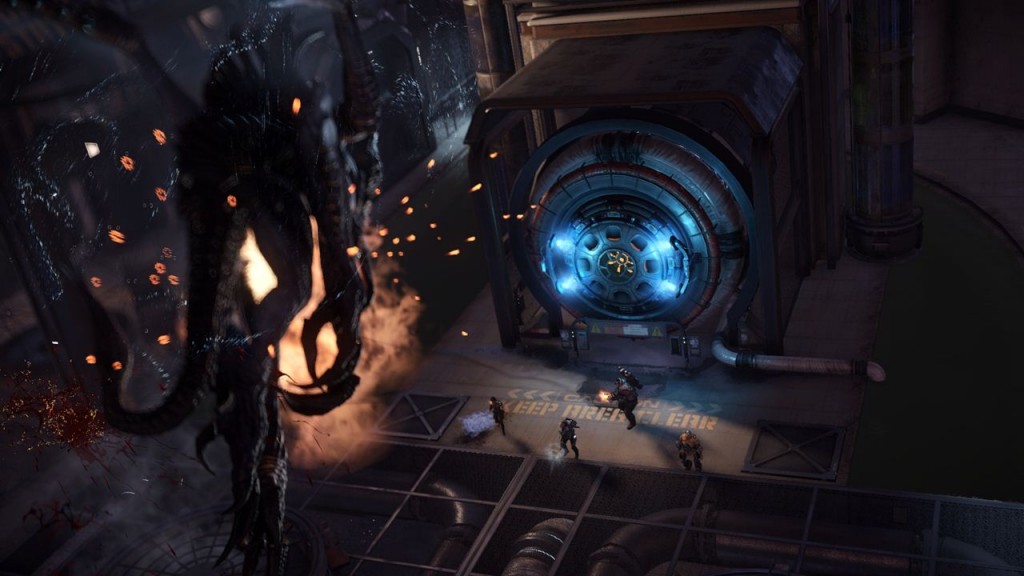 Turtle Rock Studios’ Evolve allows four hunters to team up and take on a massive player-controlled monster in a vast environment. Though there are only four classes, there are multiple characters for each class, offering different weapons and abilities.

Turtle Rock Studios founder Chris Ashton went into further detail about this. “Well, our weapons are attached to our characters, so Marakov will always have a lighting rifle for example. We do have skins for weapons that you can get when you pre-order the game,” he said to GamingBolt.

“We wanted each character to represent a specific style of gameplay. When Lazarus is in the game for example; you know both as a team what to expect and also as a monster what to expect.”

As for whether Evolve will have micro-transactions and how Turtle Rock is justifying its inclusion, Ashton said, “Since the game is still in development were still looking at what exactly DLC is gonna look like. We have a-lot of cool ideas, a-lot of things we are throwing around right now, but yeah.”

Evolve releases on October 21st for Xbox One, PS4 and PC.