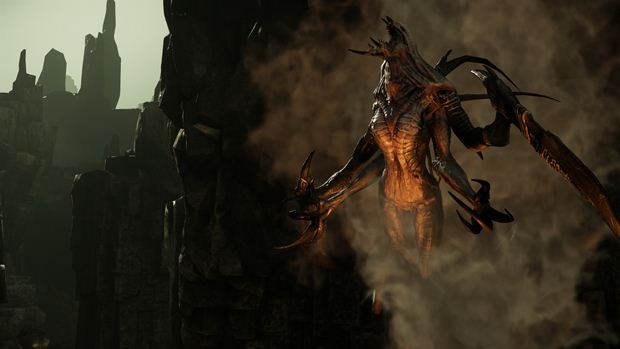 Turtle Rock Studios is prepping for the next beta for Evolve which will be open to all Xbox One players. Scheduled for January 15th to 19th, the open beta will have the newly announced Wraith and allow players to access a new range of Hunters – Parnell, Caira, Abe, and Cabot.

Though the beta is open to all Xbox One players, those who pre-purchase the game can instantly access the Wraith and new Hunters. Turtle Rock will offer more information on pre-purchases in the coming days but there are other incentives to the same. You’ll receive free access to the Monster Expansion Pack when the game is available, saving $15 in the process. It contains the fourth Monster and Savage Goliath skin.

PS4 and PC players will also be able to take part, though it will be more of a limited technical test and lack Evacuation mode. Your unlocks also won’t carry over to the final game. As for Xbox One players, stay tuned for more information.