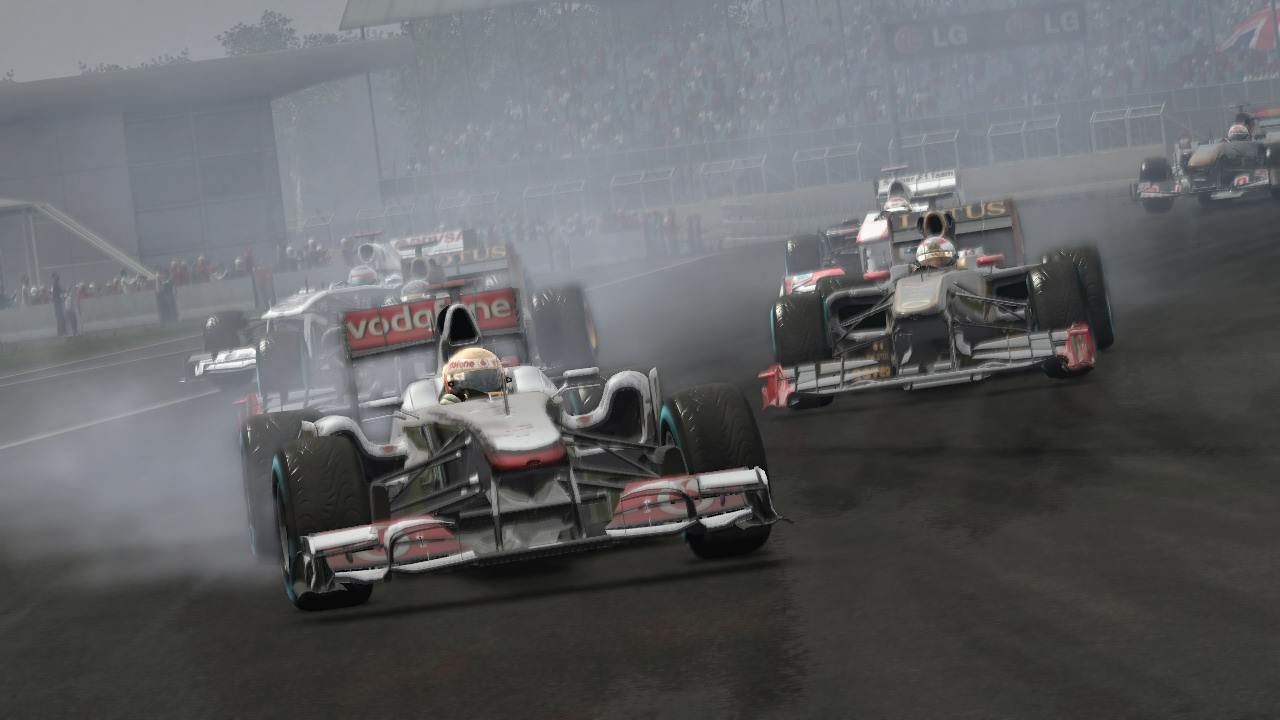 Playstation Vita gets a great launch title, courtesy of Codemasters. Yes, F1 2011 is going to be a launch title for Vita. But it’s slated to release in February 2012, along with the Vita launch. Japanese gamers will miss out because they get the Vita this year itself in December.

Codies just sent a PR confirming this news, and it looks like the Vita is loaded software wise. It also uses the Vita’s network features extensively, you can check out the description below.

Players are also invited to compete on the go with a range of multiplayer modes. Gamers can race wheel-to-wheel in four player GRAND PRIX races, go head-to-head in Time Trials or team up with a friend in F1 2011’s two-on-two co-operative career mode. Multiplayer modes can be enjoyed online and via the PlayStation Vita’s WLAN connection.

Gamers can tailor their experience across solo and multiplayer modes by adjusting race distance, tuning their car, choosing from a range of driving aids and selecting tyre, fuel and weather options.