Racing games have always been a hot property, but the number of realistic racing simulators has always been slightly less. This is due to the sheer amount of effort, in research, development and implementation, to accurately model these cars. And when you figure in cars and races from the 80’s and 90’s, it gets all the more difficult. Not that this is stopping Codemasters Birmingham, which is developing F1 2013. The game not only features drivers, cars and tracks from the official 2013 Formula One season, but will also be going back in time with Classics Mode to visit the famous races of yore.

We recently spoke to Game Director Paul Jeal for his take on the Classics Mode, the sparsity of other Formula One racing games and why an F1 2012 player should check out what F1 2013 has to offer. 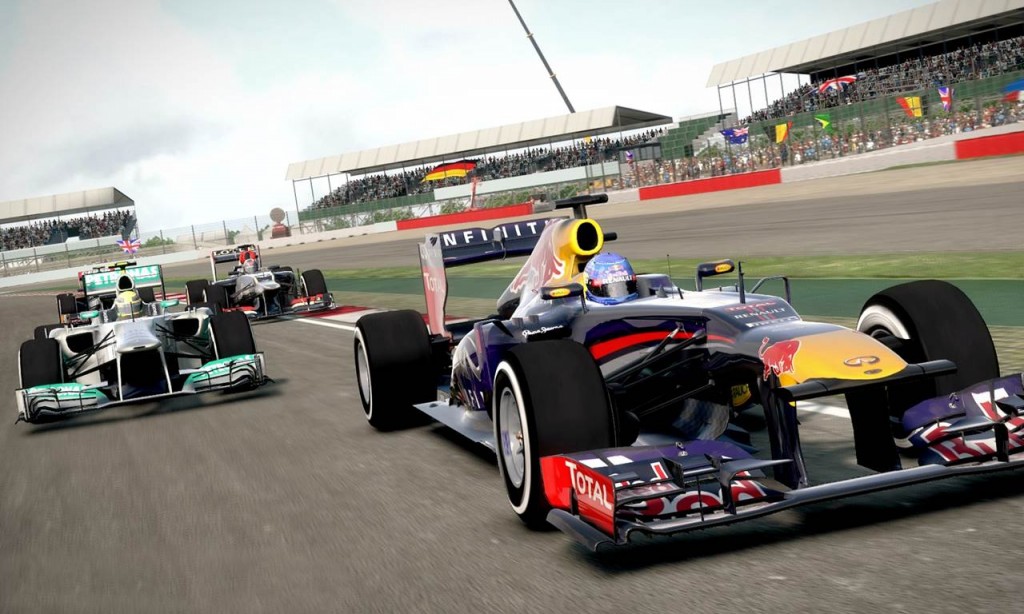 Ravi Sinha: F1 2013 will feature a Classics Mode that lets players relive famous races from the 80s and 90s. What influenced the decision to include this mode?

Paul Jeal: Classic content is comfortably the most requested feature we have ever had, whether that’s from press or fans of the sport. People want to recreate races they saw when they were growing up and to drive as their former heroes in iconic cars.

With this in mind it has been something that we’ve wanted to do since we signed the F1 license in 2008 but it has been a very complicated process and it has taken a long time to secure the relevant licenses. Many of the teams have changed ownership several times in the intervening years, some no longer exist. There are issues with sponsorship and liveries as we cannot show alcohol or cigarette sponsor for example.

Our licensing team has done an amazing job to secure the content that they have for F1 2013 but we see this as very much the start point for us and classic content.

Ravi Sinha: Given the sparsity of most other F1 games in the past few years, where does F1 2013 stand at this point? Is it more about catering to die-hard racing fans or trying to grow a new audience?

Paul Jeal: This is always a difficult balancing act as there are very separate groups who play our game. Firstly we have the hard core fans who play full race weekends with legendary AI and no driver aids, then at the other end of the spectrum are the more casual players who are F1 fans but want a more accessible experience. Then there are also various groups that fall in between these two schools. Were possible we try to cater for both of the entire audiences.

We give players a full suite of options in setting up their races, do they want to practice, qualify or just race? How long do they want the race to be? What level of AI do they want to compete against? And also what help do they want in driving the car. One of the main differences this year is that the braking assist is scalable. In past years it has just been on or off. That meant that with braking assist on the car could feel almost like it was driving itself and players felt a disassociation so turned it off. However, the jump from on to off was too stark and meant that players were going off at every turn. By making the braking assist scalable a player can now steadily tone down the level of assist allowing them to learn braking points and also the right speeds and gears for the corners on a circuit. The whole key of F1 is not just being fast but being consistent and the best way to do this is to learn the circuits, including the braking points.

We’re also trying to open up longer race distances to a wider audience with the addition of Mid-Session Save. This means that you can save at any point and come back to your race weekend at a later date. Longer races are where F1 really comes into its own as it opens up more possibilities for race strategy, tyre and fuel management and also aspects such as changing weather conditions. We sincerely hope that the ability to save and come back to a race will encourage more people to take on the longer races. 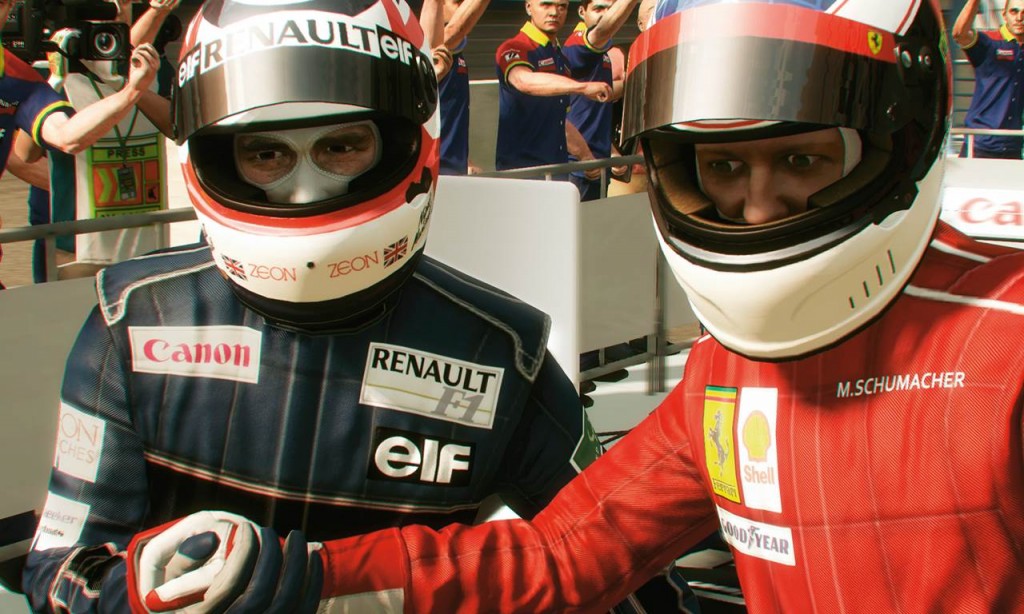 Ravi Sinha: With a release so close to that of next-gen consoles like the PS4 and Xbox One, why is F1 2013 only releasing for current-gen platforms?

Paul Jeal: When we make the transition to next gen we want to do it right. We didn’t feel that we had enough time to  do that this year.

"Taking a modern car onto a classic track is a real challenge. The design and layout of those circuits is quite different to what you get in modern F1 with some very tricky technical sections. "

Ravi Sinha: What can you tell us about multiplayer and the different modes we’ll see? What kind of in-game challenges can we expect with RaceNet?

Paul Jeal: The main addition to multiplayer, besides lots of changes behind the scenes, is the addition of the classic content (cars and circuits) to the multiplayer section of the game. We think people are going to have a lot of fun racing these classic cars online. Besides that you can also race all of the 2013 cars and circuits with up to 16 human players online and compliment this with a further 6 AI drivers to create a full grid.

In addition the introduction of RaceNet to the game enables us to send challenges to the game. For example: Can you beat Vettel’s pole time at Monza? RaceNet also allows us to track exactly how people are playing our game which enables us to make more informed decisions in the future. We have a lot of exciting plans for the further integration of RaceNet in years to come.

Ravi Sinha: It’s been mentioned that racers will be able to take the classic cars online to race against other players. How do you balance the aspect of old vehicles vs. new vehicles in these kinds of races? Also, what kind of difference does it make to take new cars onto old tracks?

Paul Jeal: You cannot mix cars from different eras (80s, 90s, 2013) so that helps to limit the imbalance. Obviously a car from the start of the 80s is slower than one from the end of that decade but they are still a lot of fun regardless. Each of the cars has very different handling characteristics so while some may be slower than others in a straight line, they may be more suitable to someone’s driving style.

Taking a modern car onto a classic track is a real challenge. The design and layout of those circuits is quite different to what you get in modern F1 with some very tricky technical sections. 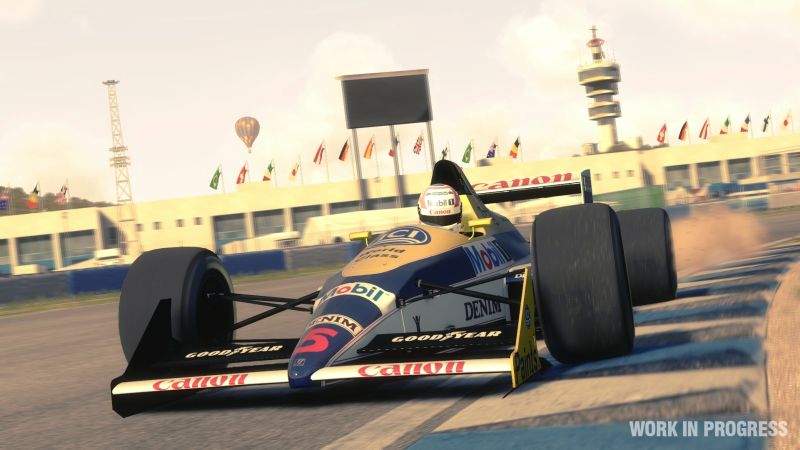 Rashid Sayed:  F1 2012 on the PC was startling to look at. How are you guys improving the visuals even further this time around?

Paul Jeal: We have a new Art Director in the team and have also lost HRT from the grid enabling us to free up some much needed memory. Both of these factors have enabled us to push the visuals still further. We have a new lighting solution which has really bought the tracks and garages to life but the main advance for me has to be the car models. We have changed the way we create the cars so now the textures are much higher, meaning that they are much clearer when you are close up. This in turn has allowed us more flexibility when it comes to things such as camera placement for replays.

"We have changed the way we create the cars so now the textures are much higher, meaning that they are much clearer when you are close up. This in turn has allowed us more flexibility when it comes to things such as camera placement for replays. "

Rashid Sayed: Coming back to the classics mode, how many vehicles and tracks will the final version of the game include? Additionally are there plans to extend the classic mode via DLC?

Paul Jeal: Here’s how it is broken down:

The 1980s cars, tracks and drivers are included with every copy of the game while the 1990s cars, drivers and tracks are available either as DLC post release or as part of the Classic Edition. At present we don’t have any plans for any further DLC outside of that. 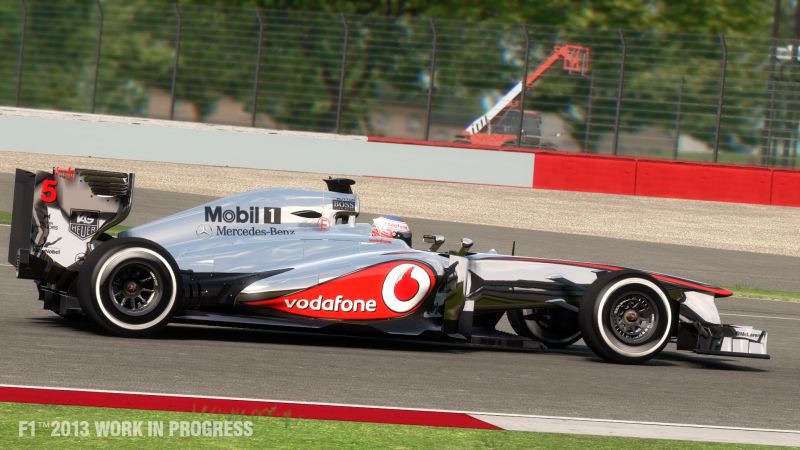 Paul Jeal: Besides the addition of the classic content, which is a big win for us we have done a lot of work on the 2013 aspect of the game to take it forward a great deal from last year. We have spent a lot of time refining existing areas of the game such as handling, weather and AI and making some pretty significant graphical improvements with our new lighting engine.

"Mid-session save is a very useful and welcome addition to the F1 Franchise, as Formula One really comes alive during those longer races when you get to experience more of the tyre, fuel and pit strategy elements, possible weather changes or safety car periods as well as managing your car to avoid or minimise mechanical faults from developing. "

On top of that we have a brand new scenario mode this year with 20 pre-set scenarios to race, in addition to the inclusion of a mid-session save. This allows players to save their game at any time, even during a race, and come back to it at a later date. This is a very useful and welcome addition to the F1 Franchise, as Formula One really comes alive during those longer races when you get to experience more of the tyre, fuel and pit strategy elements, possible weather changes or safety car periods as well as managing your car to avoid or minimise mechanical faults from developing.

Rashid Sayed: What are your thoughts on next generation consoles and how will the F1 franchise benefit from them if you ever make a next gen version?

Paul Jeal: The next generation consoles are obviously very exciting as they give us more power to play with – something that every developer craves. It not only opens up the possibility of better visuals running at a higher frame rate at a better resolution but also gives us more scope to work on aspects such as car handling and AI.

It is definitely something we are thinking about but for the moment the main focus is on getting F1 2013 finished and making it as good a game as possible.

A big thank you to Jen Chong from 47 for setting this interview up.