A loveletter to motorsport enthusiasts, and an invitation to newbies to come on board, too.

If you’re a motorsport enthusiast, you don’t need this review. Stop, close the window, and either go to your nearest store that sells games, or your digital storefront, and purchase a copy of F1 2017. For fans of motorsport racing, this game comes as easy a recommendation as any- even for a relative amateur of the motorsport genre, it is evident right away that this game is dripping with authenticity. From the painstaking detail that has gone into making each track feel true to its real life counterpart, to the attention to detail paid to how a car handles, looks, feels, and even sounds, to the nuance and depth that factors such as weather bring into the game and the racing, to the presentation flourishes, to simply just how many options are offered to the player – a truly dizzying amount – F1 2017 is, very clearly, a love letter to anyone who loves real life motorsport.

Happily enough, it plays well as a video game, too- it actually plays well enough that even someone like who has no experience in the series, someone who isn’t all that well acquainted with Formula One, and someone who is appallingly atrocious at this game, managed to stay engaged to keep on playing. A lot of this has to do with just how consistent and fair the game feels- yes, it is harsh, and trying any tricks from arcade racers, such as bumper to bumper racing, corner cutting, off-roading, or being too aggressive, will net in an almost certain disqualification one way or the other (or in your vehicle breaking down spectacularly)- but the game never quite feels unfair, even while it feels frustrating. A large part of this is owed to the fact that it has a very consistent ruleset (one very naturally reflecting actual F1 rules), and you are only penalized when you fall afoul of those rules.

The other part is, and this is the intangible part that’s hard to explain, the game is simply fun. Even when you are losing, the vehicles remain a joy to handle and drive over the multitude of courses that the game has on offer. There is a visceral center of gravity, handling feels tight and satisfying, the sense of speed and acceleration is exhilarating, and if you don’t like something, you can change it. 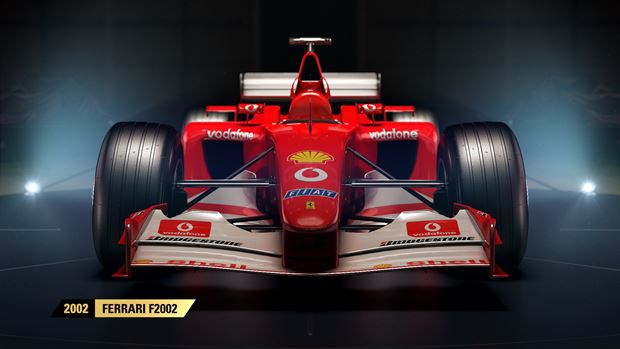 "F1 2017 is, very clearly, a love letter to anyone who loves real life motorsport."

That’s actually probably F1 2017‘s biggest strength- the granular modularity and piecemeal control that it hands over to the player. Everything, from how individual elements of the UI look (or whether they show at all) to the difficulty of the enemy AI, to the assists that you get, to the weather, time of the day, the build of your car, everything can be changed by you, the player, to your liking- which means that, given enough time and tweaking, you’re going to find the ideal combination that has the game play perfectly for you.

Even if you don’t want to spend all that time getting the game to work for you, you’ll find that the game proper is still fun to play (and, presumably, immensely satisfying for motorsport fans). The tracks are extremely well translated from their real life counterparts into the game, and while you’re not going to see the kind of crazy and inventive track design and variation you can see in arcade racers not beholden to real life accuracy and authenticity, F1 tracks are naturally designed to be a test of the racer’s skill, which is exciting and engaging enough in and of itself. Even the sound of the crew chief’s monotonous voice, which tells you when you are violating rules, in danger of disqualification, in danger of wrecking your car, in need of a pitstop, or more, can be configured- originally, it comes out from the DualShock 4’s speaker, but you can move it over to the TV (recommended).

You’ll find the game lovingly embellishing F1 in other ways, too- for instance, F1 2017 includes 11 retro F1 cars, which control fantastically well, and sound like they pack a grunt (and, let’s be honest, they sound better than the modern cars). These classic cars can be picked in the Grand Prix mode (where you end up either setting up a modern car Grand Prix, or a Classic Car one), and they also show up in special invitational challenge events in the game’s career mode.

Then there is the sheer wealth of modes in the game- you can participate in individual Grand Prix races (custom ones you can set up yourself, and if you are not inclined for the long form races that traditionally characterize the sport, you can set up a tournament as short as a single race one without any qualifiers, and just have one short race and move on; conversely, you can make it long, full fledged, gruelling, and a true test of your abilities); there are Events you can download and participate in, there are time trials, you can play with classic cars or modern ones, you can race on all current circuits around the world… 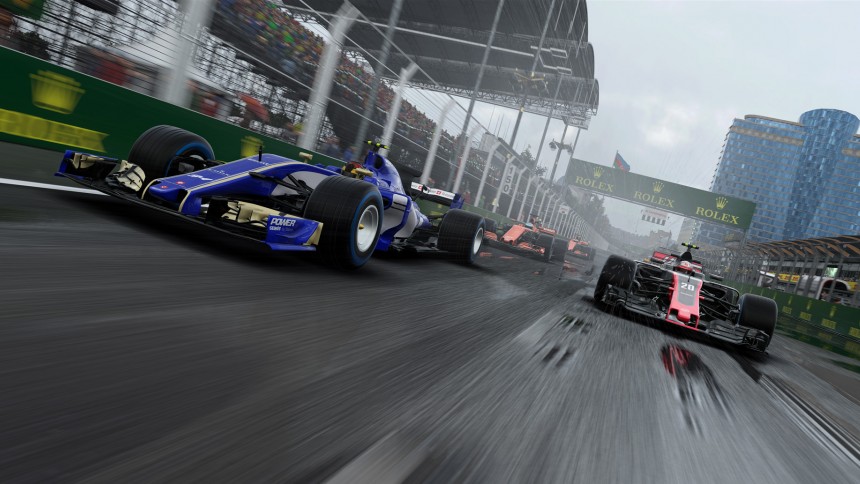 "It’s this game’s ability to flexibly straddle the gap between being frighteningly deep and satisfying and accessible and fun that makes it appealing to just about everybody."

Then there is the career mode, which really deserves its own section in the review. You can participate in an extremely elaborate career mode (what team you pick ends up determining what kind of career progression you have; a lower rung team will have a longer rags-to-riches career mode story, but will have a gentler difficulty curve, while a higher rung team like Mercedes has a shorter career mode that sees you maintaining their dominance over the charts, but is naturally far harder), with brand new RPG like mechanics added- an R&D development skill tree has over 100 individual upgrades for you to earn over the course of the Career mode, with more wrinkles thrown into the system thanks to the competition always conducting their own R&D independently as well. The Career Mode comes with more mechanics of its own- for instance, a reliability management system that forces you to keep upgrading your car (because the older a part is, the more prone to failure it will be).

Really, though, it’s this game’s ability to flexibly straddle the gap between being frighteningly deep and satisfying and accessible and fun that makes it appealing to just about everybody. F1 and motorsport fans are getting a full featured simulation of the sport here (if one that looks a bit rough- the graphics continue to be the weakest part of the package for yet another year). Casual racing fans are actually not going to be as well served with F1 2017, but if they stick with it, they will find it to be fun and satisfying in its own way, and they may even find it to be a gateway to deeper racing games.

And all of this culminates to bring us a fine tuned, well balanced, fun and compelling, and hugely satisfying racing game that can be recommended to motorsport enthusiasts without hesitation- but it can also be recommended to newcomers, if with some caveats. That is perhaps the game’s greatest accomplishment.

A very large degree of customizability and granular control handed to the player; feels satisfying and compelling; extremely authentic; appealing to the newcomer and veteran alike, tons of gameplay modes.

The graphics continue to disappoint compared to competition.

F1 2017 bring us a fine tuned, well balanced, fun and compelling, and hugely satisfying racing game that can be recommended to motorsport enthusiasts without hesitation- but it can also be recommended to newcomers, if with some caveats. That is perhaps the game's greatest accomplishment.

A copy of this game was provided by developer/publisher for review purposes. Click here to know more about our Reviews Policy.
Tagged With: codemasters, f1 2017, pc, ps4, Xbox One