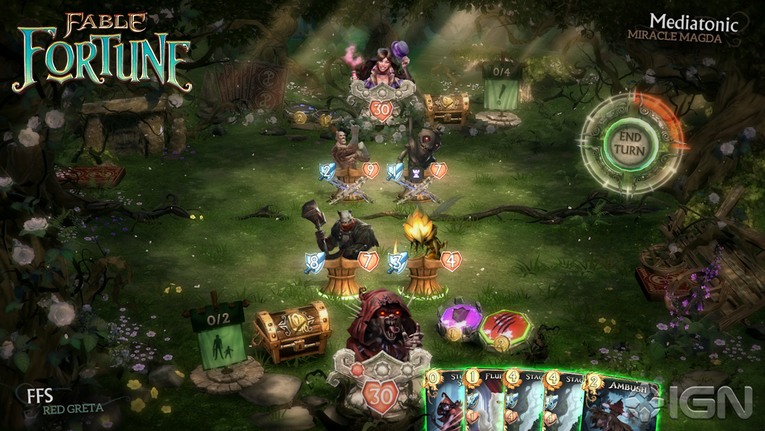 The Kickstarter for Fable Fortune, the Fable based card game that had apparently been in the works at Lionhead in the last days before the studio’s closure, and which had then been moved on to Kickstarter with Microsoft’s blessing has now been cancelled- but contrary to what such a grim headline may have you believe, this is not bad news.

Instead, the game has managed to secure funding for itself, and is now going to launch on Steam. The game had looked unlikely to meet its £250,000 funding goal, and was prematurely pulled from Kickstarter, but in an update, development studio Flaming Fowl said that they have successfully secured additional development funding. This, in addition to some personal investment, means the developers can continue to work on the game.

The game will be launching on Steam in closed beta, though given that it is no longer on Kickstarter, we won’t be getting public updates on its progress, and we don’t know when.