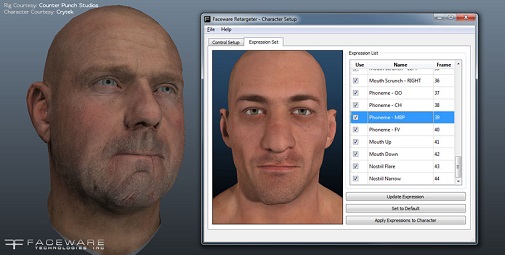 Faceware Technologies provides some solutions that are increasingly important and relevant to video games as they move more and more towards immersive storytelling. They are the leading provider of markerless 3D facial motion capture solutions, and today they announced that they have upgraded and released version 2.0 of their real-time facial mocap and animation product,Faceware Live.

“For the past 12 months, we’ve been vetting Faceware Live in a handful of studios, collecting feedback that has been invaluable in the evolution of the product,” said Peter Busch, Vice President of Business Development at Faceware Technologies. “We?ve rolled much of that feedback into the product, and are now ready to release Faceware Live 2.0 to any studio or content creator in need of real-time facial animation.”

“Faceware Live 2.0 is built on powerful technology that has been developed over 15 years of research and development,” said Jay Grenier, director of technical operations. “This focused development effort makes our technology rock solid, robust, and most importantly, stable. “