Fallout 4: Bethesda Explains Why There’s No Special Edition Controller For The PS4

Sony’s policy regarding third party hardware is a big part of the problem. 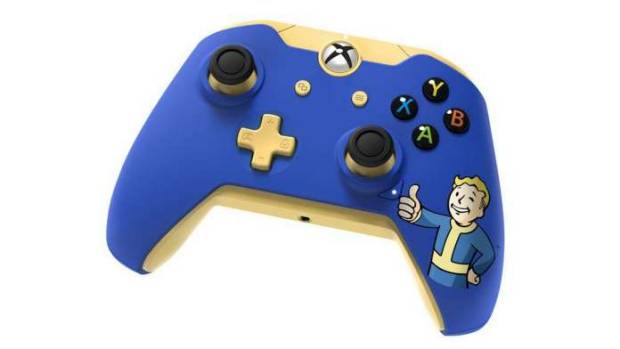 When the special edition Fallout 4 controller was unveiled for the Xbox One, PS4 users were noticeably upset about the fact they weren’t getting their own specially designed controller. It turns out that Bethesda would certainly have been happy to have a controller made for the PS4, but Sony doesn’t allow that kind of thing. Basically, the controller that was shown off during the Bethesda store’s special sale is made by a third party producer.

After being greeted by a number of Twitter users who were confused and even really unhappy about the fact the controller is only available for the Xbox One, the Bethesda exec set the twittersphere straight. He explained in one tweet that not every company has the same kind of policy when it comes to third party controllers. Presently, Hines said he doesn’t believe Sony actually allows anyone but them to create controllers for their consoles.

It’s also pretty clear there are at least a few people who believe Bethesda has chosen to side with Microsoft. Hines pointed out there aren’t any other games that have special hardware on the PS4 that wasn’t made by Sony. As a kind of added handwave to the people who are upset they won’t get this cool controller, the exec also made it clear this tool is only wired. While the USB can be unplugged, the controller doesn’t charge or run on battery. Perhaps that will be enough to keep people from getting too unhappy they won’t be able to get a special Fallout 4 controller for their PS4 anytime soon.