This is the kind of thing that should have been in the game to begin with. 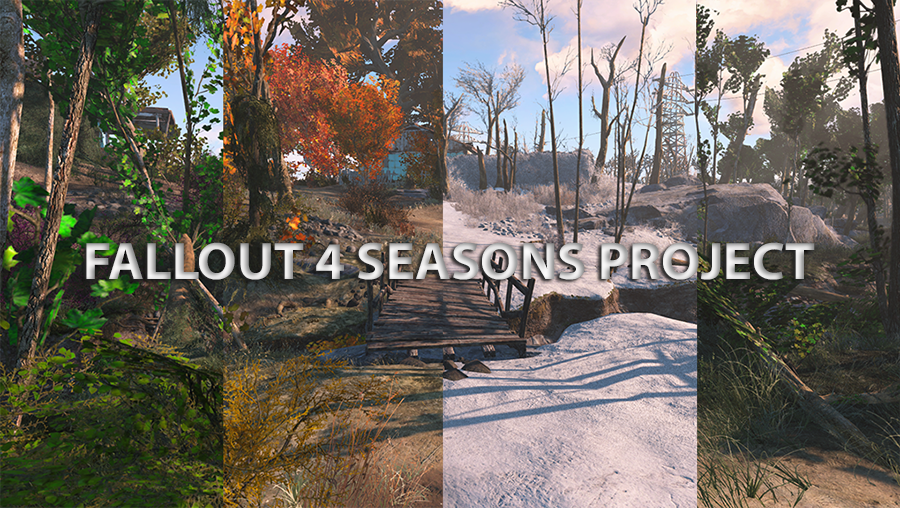 There is always something new with Fallout 4 mods- for instance, take this one. It’s a mod that adds seasons to the game; the season cycle makes the Wasteland often look like Naughty Dog’s The Last of Us. Eurogamer reports on the changes that the Wasteland gets with each season- spring is overgrown and very green, summer starts to see the green recede, but compensates for it with a lot of growth, fall sees plants shed their leaves, and winter drenches the Wasteland in snow and ice. The point of the mod is to portray a more realistic take on the Wasteland, where, in the absence of humans, we see nature beginning to take over again.

“Those places are extremely green and growing,” creator GameDuchess explains, “with nature and animals there as much if not more than they were before the atomic bombs went off. And it’s been far less than 200 years.”

The mod is currently in progress- as of right now, it has all four seasons, but you need to switch between them manually. The aim for the mod is to have an automatic cycling of seasons based on the date in game.

It’s a highly ambitious mod, and it is definitely the kind of thing that would have made Fallout 4 far more realistic and immersive had it been there in the base game at launch. Oh well.