Piper is introduced to Fallout 4 fans. 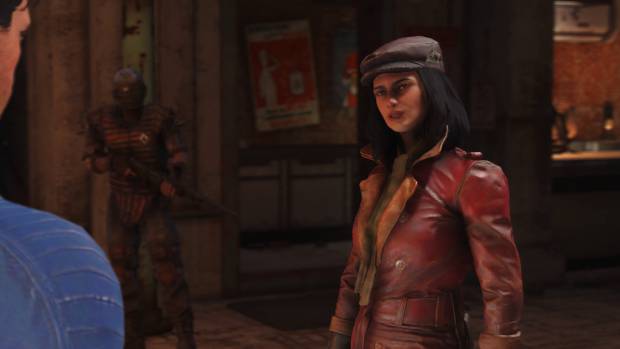 As we get ever closer to the launch of Fallout 4, fans of the long running series are getting more bits and pieces of what they can expect, sometimes from unexpected sources. The Fallout based mobile game, Fallout Shelter, just got a brand new update and a trailer to go along with it in order to show off all the additions Bethesda made to its game. Inside this particular trailer is the introduction of a new character you can have living in your vault.

So how does this tie into new info for Fallout 4? The new character is first introduced as Piper, from Fallout 4 and after the introduction, viewers of the Fallout Shelter trailer get a glimpse of a scene from the upcoming console game where she plays a rather big part. admittedly there isn’t a ton of information offered up about what role she’s going to play in the larger game, but we at least get to see some of the mechanics in-game up close and personal.

With launch of the new game just about a month away, Bethesda has been ramping up its marketing campaign in an effort to get people excited about the release (as if they weren’t excited already.) The increased tie-in to Fallout Shelter also gets people excited to play that game ahead of the full release as well. Fallout Shelter, for those that don’t remember was launched at this year’s E3 as a kind of way to get people geared up for the fall release of the full game. Fallout 4 is coming to the PS4, Xbox One and PC on November 10, 2015.