I got spurs, that jingle, jangle, jingle! 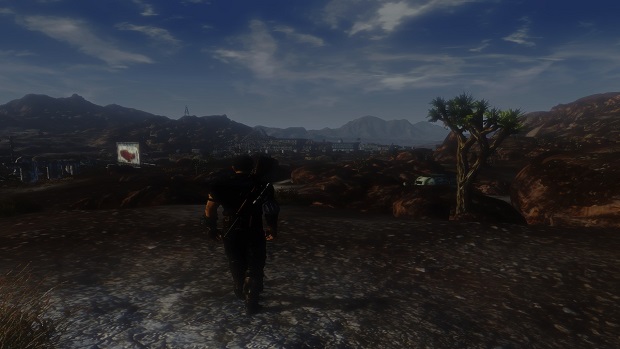 “I got spurs, that jingle, jangle, jingle! And they sing, “Oh, ain’t you glad you’re single?” And that song ain’t so very far from wrong!”

Once you hear that song beating out of your speakers, you either think of the movie for which it was created, The Forest Rangers, or you think of Fallout New Vegas. Me, I tend to think of the latter.

It’s been 4 years since Fallout New Vegas dropped into hour laps, and since then we’ve collectively put hundreds of thousands of hours into it. Wandering the wastes of the Mojave, searching through the ruins of now long deserted gas stations and ultimately making sure you brought enough tinned food and water to last your journey.

Like Fallout 3 before it, New Vegas was well received by the PC gaming community who fixed the bugs and instantly began improving on the game. Earlier this year, I re-installed the game and fired in some mods that set me up as a wandering hitman for hire (see the picture above), taking out the trash before ultimately bringing the Brotherhood of Steel to its knees and instating myself as the ruler. Not long after, I was taking on the newly rebuilt Enclave, finally becoming their leader too. (see the picture below). 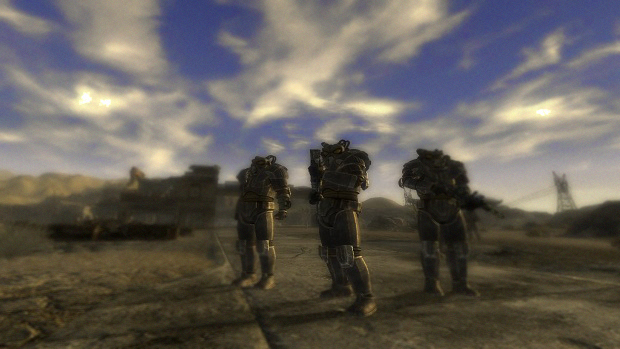 At the same time, countless players around the world were immersing themselves in the Mojave desert and creating their own tales of survival, both on consoles and PC’s alike. Fallout is one of the games that brings people together, purely to tell tales of their adventures. So I ask you. What happened to you as you wandered through the sandy wastes?