Fallout 4: Top 15 Amazing Facts That You May Not Be Aware of

A look at 15 things to get excited for the upcoming anticipated RPG, Fallout 4.

Fallout 4 is a reintroduction to a wasteland we’ve longed for; set in Boston amongst a once vast metropolis. Developed by Bethesda Game Studios along with their other branches, Bethesda promises that Fallout 4 will be their most ambitious world they have ever created. Boston’s crumbling, dangerous atmosphere brings an ironic liveliness through its dark hues and very Bethesda charm. With a slew of new features all created within a new engine, Fallout 4 boasts an extravagant world that could never have been on last generation consoles. That doesn’t mean that last generation gameplay was lost, however. It is in fact intact, improved– ready.

With new possibilities around every corner, Fallout 4 feels like a fresh take on an old genre stretching back to 1997. Sure, Final Fantasy VII remake was announced, The Last Guardian will finally be here someday, Shenmue will release in a couple years. But there’s just something about that old beat up landscape that has fans screaming to bring them back for a whole lot more.
Now, let us explore. Delve even deeper into what Bethesda’s e3 media briefing has revealed, sneaked by and covered up with our Top 15 list for Fallout 4.

Some images used in this article are for representation purposes only.

That Voice Acting Though 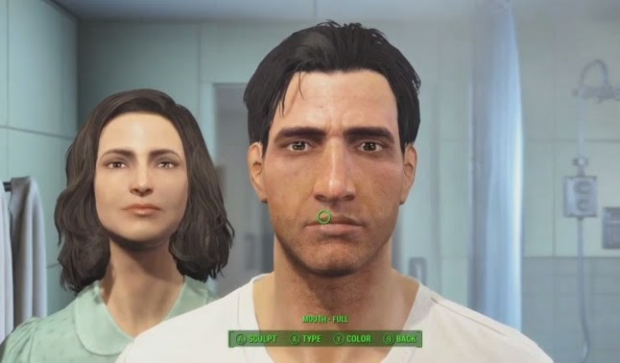 As revealed by Bethesda’s e3 media briefing, players’ main character will actually interact through verbal speaking his or her roles. This is a nice touch, indeed. At last we will know what our character is actually thinking and feeling. As it interacts with the destructive world around him/her, that voice will allow us to not only step into this frightening new world, it will allow our character to feel, to tell us instances we may have never noticed.