Bethesda's Todd Howard does admit to "sameness" in environments for Fallout 3. 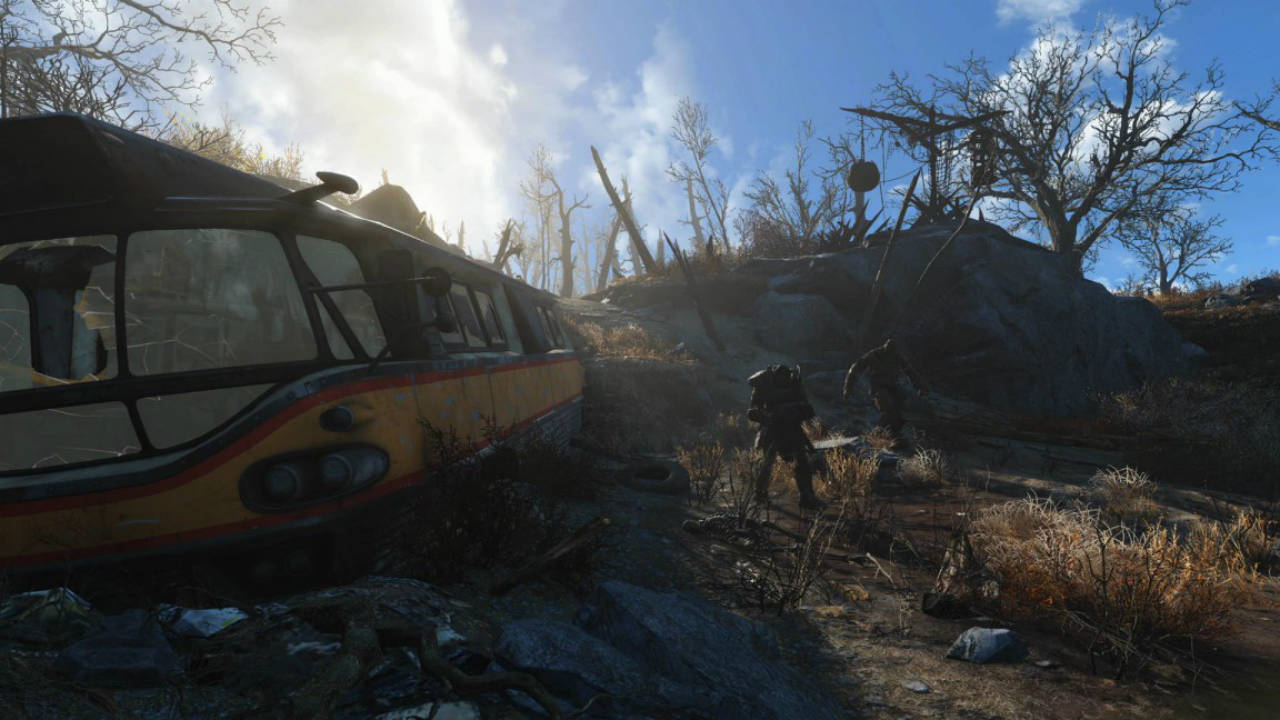 Speaking to GameSpot at an E3 2014 panel, Bethesda’s Todd Howard spoke about Fallout 4’s graphics and the increased variety of colour this time around. It’s not all about pretty shades though – the team at Bethesda is looking to implement immerse players in this new world as best as possible.

“If we make a world that has, not just more details, but more dynamic details that we can keep track of and stream in and load quicker, all of that suspends your disbelief that this is a real world. The graphics matter, they do matter in suspending your disbelief.”

As for the differences between Fallout 3’s grayish landscape and Fallout 4’s vibrant beauty, Howard admitted that, “Looking back at Fallout 3, there is a sameness to the environment. It can be, if you’re playing the game for an eight-hour stretch, a little depressing.”

But don’t fret, post-apocalyptic fans – there will still be areas in the game, including the site of the opening scene’s bombing that will be appropriately colourless.

Fallout 4 releases on November 10th for PS4, Xbox One and PC.