The highly anticipated Fallout: New Vegas RPG/Shooter from Bethesda Softworks and developer Obsidian Entertainment is not so far from its release.  Just recently the contents of the Collector’s Edition for the game has been revealed and priced.  The Collector’s Edition is available for pre-order and will be out on October 1st, 2010 for the Xbox 360, Playstation 3 as well as the PC.  Here is what you get in this bad boy package priced at $79.99. 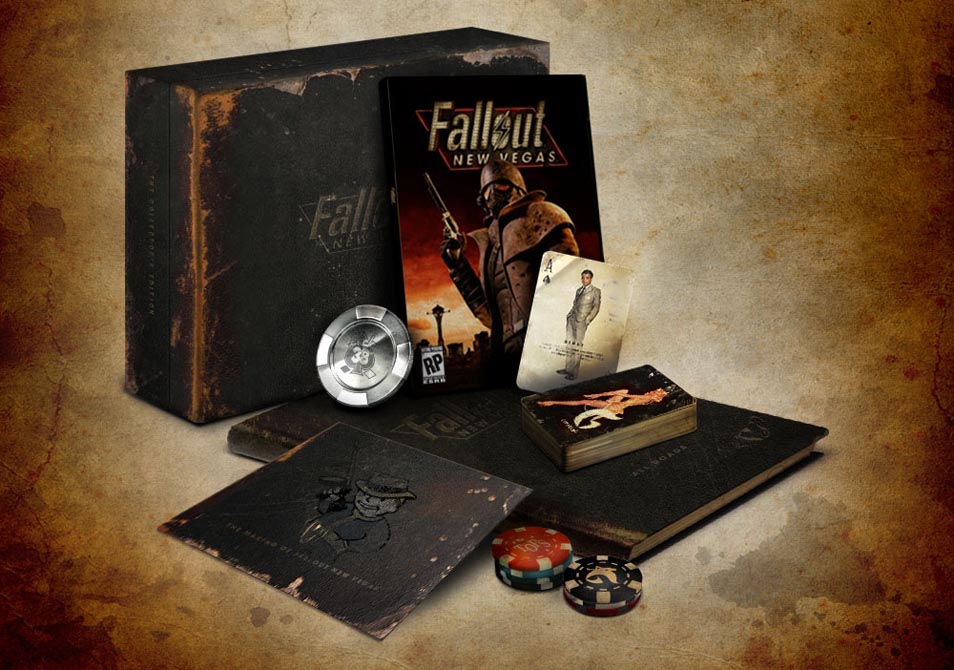 What edition will you be getting of the game if any at all? Discuss, comment, show the love.