Family Guy: Back to the Multiverse Review

Instead of a weird platformer, you’ve got an incredibly poor third person shooter.

It was only a matter of time until a Family Guy game was released and I think we can all agree that the real question wasn’t whether or not the game was going to be bad but more… how bad it was going to be and oh boy… it’s definitely something special.

Do you remember Bertram, Stewie’s evil twin from a few years ago? Well, he’s back… technically. He was killed in our universe however he’s still going strong in all of the other universes which are coincidently made up of different episodes from the Family Guy series. His goal is to destroy the universe which Stewie lives in but they aren’t going to let it happen that easily as Stewie has thankfully made a multi-universe remote with a tracker so he can follow every universe Bertram visits and attempt to take him out; if only it was that easy. 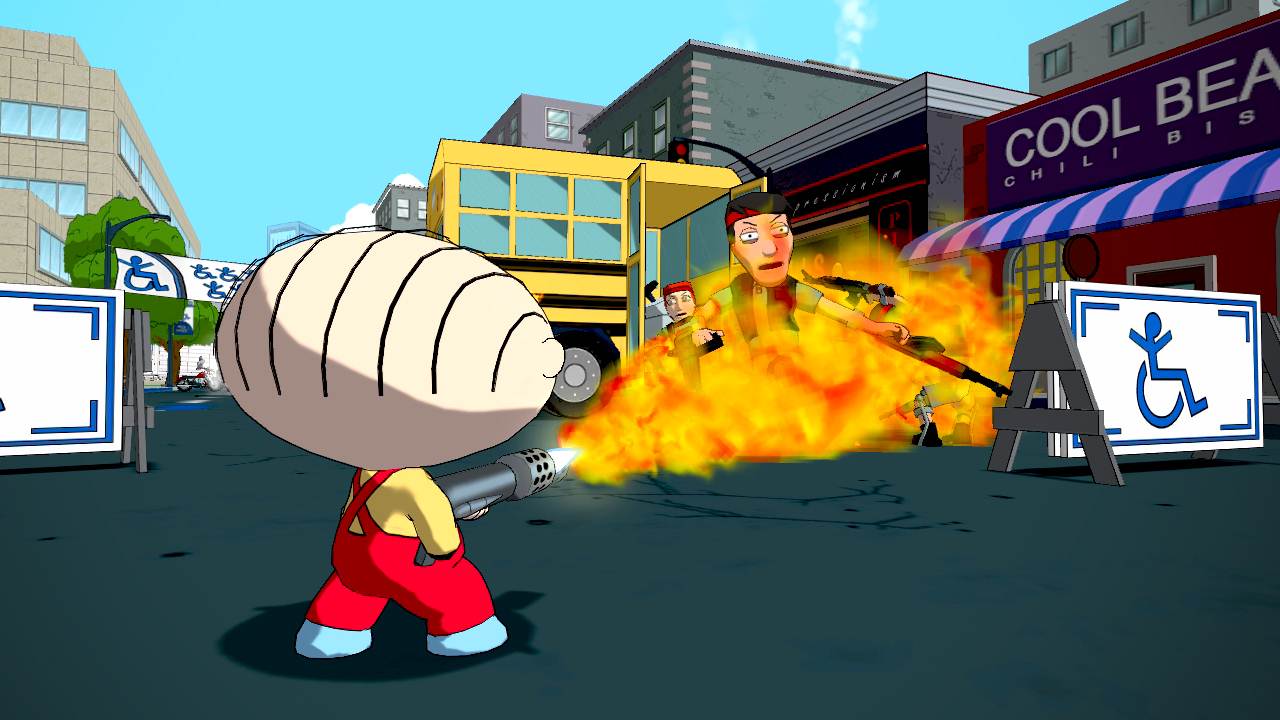 If you’re a fan of the Family Guy TV series; you’ll recognise the vast majority of the settings for the lengthy levels while you fight off Bertram’s armies. As soon as you enter the Back to the Multiverse game, you’ll visit the Greek (college) frat house while helping Mort collect resources to host the best party possible to fighting off Santa’s overworked elves, eventually fighting a big bad boss at the end of each level; most taking you 30 or so minutes long but there is only ten levels in total, so don’t expect to be playing this for long.

A Family Guy game was always going to be an unknown, you had no idea how the game will play coming into it and interestingly enough; it was the complete opposite of what I was expecting. Instead of a weird platformer, you’ve got an incredibly poor third person shooter which you can unfortunately drag someone else in to play as Brian. Don’t worry though; there’s at least a reasonably large arsenal of weapons that you can vaporise your enemy oh so witty enemies with.

As you can imagine, all the enemies are people that you’ve seen in the Family Guy franchise at some point and they do love their little catch phrases which will drive you insane by the end of each level. Every time you dispose of one, they’ll drop a random chunk of money which you and your coop partner share this money and can be spent on a bunch of goodies such as new guns, costumes and character upgrades at shop portals that are dotted throughout each level.

If the normal weapons aren’t your thing, there are plenty of special weapons which can either be found in super secret hiding places or purchased for a small fee. The special throwable weapons range from the angry chicken which hatches from a golden egg and will go around beating the crap out of everything to Joe Swanson speeding around in his heavily armed wheelchair.

You’d think considering the game is based on a cartoon that it’d at least look decent, right? Well, that hasn’t happened, even the cut scenes there is always something looking horrendously wrong with someone or something. I’m a huge fan of the cell shaded style but it doesn’t change the fact no character looks quite right. 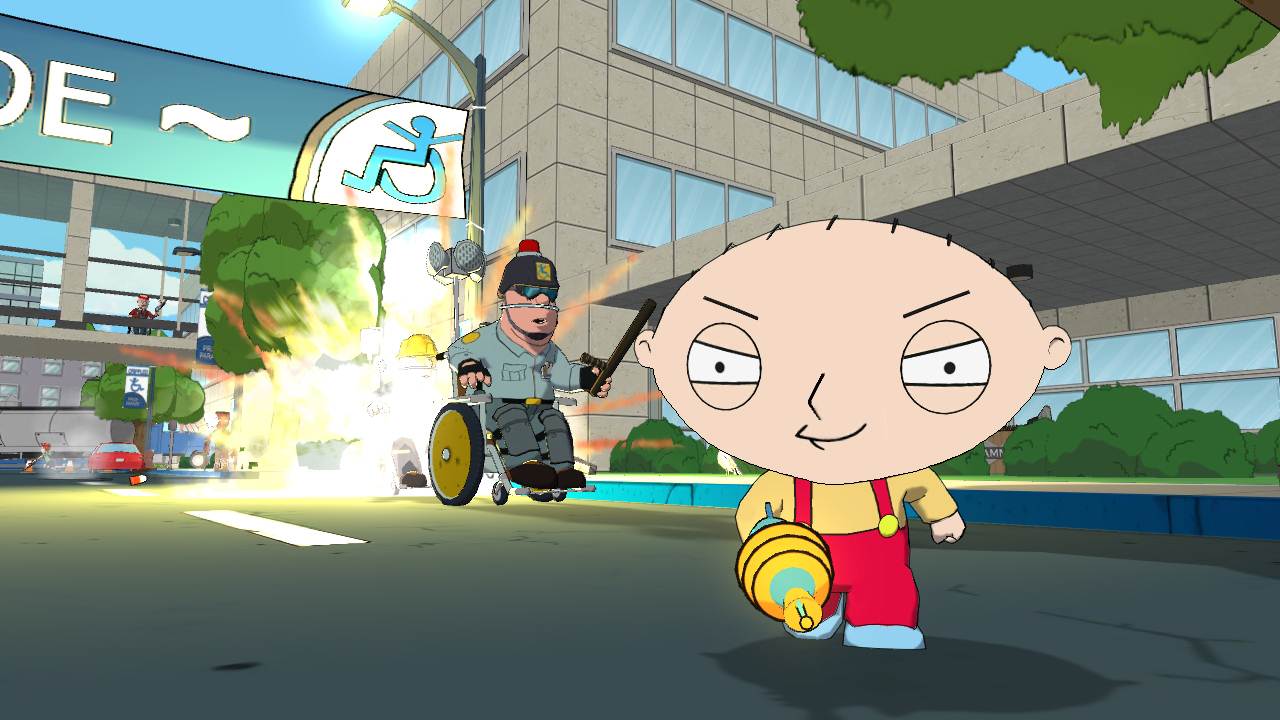 One of the few redeeming factors of Family Guy: Back to the Multiverse is the voice acting as all of the voices are (seemingly) done by the people from the show and it has the same level of dodgy one liners that the fans of the franchise have grown to love. A few extra catch phrases here and there wouldn’t go a miss as they do become just frustrating.

The lacking single player is accompanied by an even worse multiplayer that after one or two games, I don’t want to touch it again. It feels like it’s been implemented because they needed an extra bullet point for the back of the box; both competitive and cooperative modes are available for you and your friends to participate in.

Final Verdict:
POOR
I’m a huge fan of the Family Guy franchise but this is just a poor excuse for Activision to make a quick buck off a popular series. It’s a shame as Family Guy has the potential to have a cracking game made but this certainly wasn’t it.
A copy of this game was provided by Developer/Publisher/Distributor/PR Agency for review purposes. Click here to know more about our Reviews Policy.