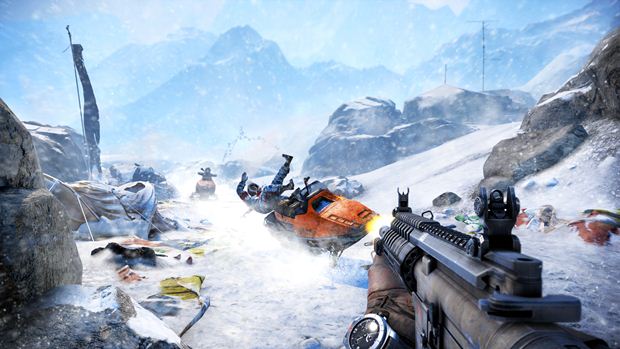 Far Cry 4’s launch went surprisingly smooth, in a season full of bungled launches, especially for Ubisoft games. But with that said, it’s still a massive open world, and there were bound to be some issues, and Far Cry 4 has its own share of some (not game breaking, and mostly even tolerable) ones.

For PC users who have been experiencing black screen issues with the game, there’s some good news- the patch will be releasing tomorrow, and it should help fix those errors, which are apparently stemming from external USB devices plugged in. So far, Ubisoft’s stance has been to disable USB devices and “certain drivers.”

“We realize this is in no way ideal,” they said in their update. “For that reason, this Friday, November 21, we’ll be releasing Patch 1.4.0 for PC that should remedy the problem and allow PC players to enjoy the game as normal.”

For PS3 players, who have been experiencing corrupter files, the news isn’t as good. Essentially, Ubisoft is replacing their current version of Far Cry 4 with a new build entirely, meaning they will completely have to uninstall their game and purge their hard drive of it entirely, before downloading the new, ‘correct’ version which will be put up on the PSN Store.

Of course, this issue is going to only be affecting digital versions of the game until as of now- future downloads and disc based versions should not be affected at all.

Yeesh. Guys, all of you, get your shit together please.