It may resemble Far Cry 3 in many ways but that may actually work to the fourth game’s benefit.

For all of its accolades and critical acclaim – besides the story, which was bashed into oblivion and criticized its audience for just not “getting it” – Far Cry 3 did nothing spectacularly new. First person shooting in an open sandbox environment set in a jungle? The original Far Cry did that. Executions and leaping on to foes to stab them repeatedly while using other senses to tackle foes?

Far Cry Instincts did it. A multitude of different mini-games coupled with a manipulative and highly dangerous foe who took no prisoners? Far Cry 2. If nothing else, Far Cry 3 felt like the greatest hits of the series – only remixed for a new generation without overtly losing the charm that defined the originals.

"For its part, Ubisoft Montreal implemented a range of new features without altering what made the Far Cry franchise so much fun to begin with."

And yet, the game held its own. It embodied a signature aura that set it apart from the rote military shooters of the time and which still stand out even today. Whether it’s the solid gun play mechanics, the amazingly well done stealth, the ecology of the game’s open world island or the outright amount of activities you could complete, it all formed one cohesive whole that was wildly entertaining. Sure, the story was stupid but it lent for some awesome gameplay sequences such as hang-gliding onto a foe to stab him in the throat before tossing your knife at his pal.

The sheer satisfaction in conquering camps was manifold – would you unleash the rabid tiger from his cage to munch on his captors? Would you sneak around and take out your foes one by one? Would you engage in a desperate gun battle and tackle several waves of reinforcements? Would you go for a combination of all three? Far Cry 3 wasn’t a game that encouraged you to play a particular way (except in certain missions). Instead, it rewarded you for doing whatever you felt like doing. The more insane, the better.

When Far Cry 4 was revealed to the audiences at E3 2014, it evoked both déjà vu and feelings of wonder. You were wing-suiting and slicing the throats of enemies but everything felt new again. For its part, Ubisoft Montreal implemented a range of new features without altering what made the Far Cry franchise so much fun to begin with.

The sense of unparalleled freedom ties into the larger game world where you can climb or fly around to your heart’s content. It might have seemed stupid to ride on an elephant and stomp on enemies when the beast wasn’t lifting them with its trunk and tossing them like trash, but it showed that new ideas could indeed co-exist with the old and add on to the base experience. And sometimes, when it’s fun, that’s all you really need. 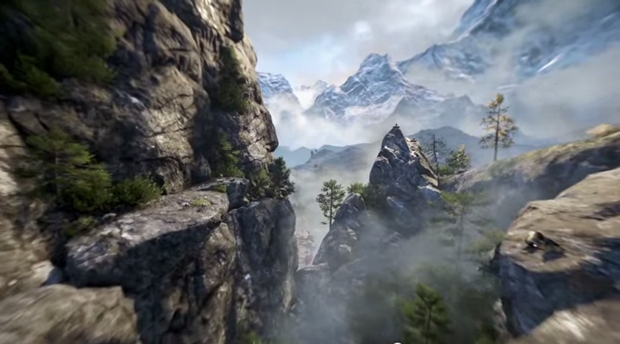 "There are multitudes of ways to mess up the formula though...It could try way too hard to send a message when all we really want is to be bad-asses in the mountains."

As hardcore gamers, some of us may decry the “same old, same old” feeling that some games evoke but it’s a fact that when a franchise does a style of gameplay extremely well, we often feel more comfortable in whatever the sequel has to offer. This is why the Zelda series has managed to stay relevant and commercially successful for so long.

Mario has had his ups and downs in both critical and commercial appeal (remember, Super Mario 3D World wasn’t a financial hit, despite its quality gameplay) but despite possessing the same mechanics, Zelda has always stayed successful. This is because Nintendo knows how to do things differently without making it seem like anything has changed at all.

Such is the case with Far Cry. Far Cry 4 has kept just about everything comfortable about Far Cry 3’s mechanics while subtly adding its own additions. Ubisoft has offered the same old ways to travel but done so in a completely new setting, making players comfortable with getting around while encouraging them to explore this new land. Major props must be made to the story as well – after all the kitsch of Far Cry 3, it seems Ubisoft is going back to basics and featuring a good old’ psychopathic villain that needs to be taken down because he’s just plain evil.

There are multitudes of ways to mess up the formula though. Ubisoft could decide that it needs to add some brand new mechanics that haven’t been attempted before for the utter sake of trying something new, rather than adding anything substantial to the experience. It could try way too hard to send a message when all we really want is to be bad-asses in the mountains. 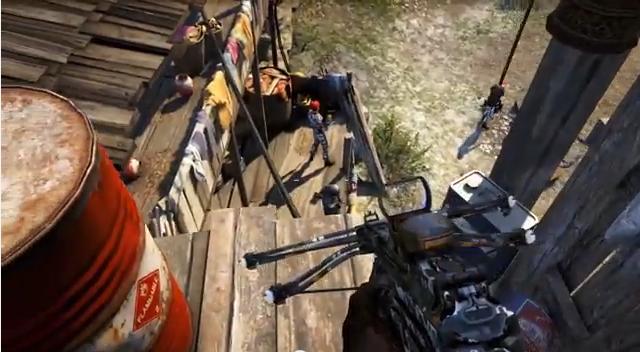 "It's still exciting to see all these old mechanics return and applied into new situations, just so that you could figure out new ways to use them."

It could try something that probably worked in Assassin’s Creed or Watch Dogs and toss it in here without context of explanation. With so many studios working on it – and Assassin’s Creed 3 creative director Alex Hutchinson at the helm – there’s surely a number of ways Far Cry 4 could stumble. As much as the Assassin’s Creed series has redeemed itself in the past two years, there’s no denying that Ubisoft messed up royally on the third game’s development. The utter mess that turned out to be Watch Dogs didn’t help matters either.

Nonetheless, it’s still exciting to see all these old mechanics return and applied into new situations, just so that you could figure out new ways to use them. That overrides any scepticism that Ubisoft may face (for now) and keeps us hopeful for the final release.

Whether it’s using an elephant as a rampaging C4-filled diversion or wing-suiting over the great yonder, Far Cry 4 has more than earned our attention at this point.