PS4’s better AA solution and slightly higher resolution pushes it ahead of the Xbox One build.

With Far Cry: Primal, Ubisoft have taken quite a wild and a twisted turn with the long running franchise. In many ways Ubisoft must be commended for taking a massive risk with one of its biggest video games IP. Setting the game in a pre-historic era thousands of years ago along with the use of a language that most players won’t even understand is something that is rarely seen in the modern games industry. Regardless of whether this game becomes a success or not, Ubisoft have broken the norm of boring first person games by toying with an idea that is both daring and unique.

Far Cry Primal, much like its predecessor runs on the Dunia Engine and it has come a long way in all these years. With current gen consoles and modern gaming PCs, the Dunia 2 engine is able to render dynamic weather, realistic facial animations, dynamic fire propagations and a slew of several different technology standards. Dunia 2 engine uses global illumination technique, which is called as “Deferred Radiance Transfer Volumes” and a physical based rendering pipeline that help develop immersive worlds in video games.

It’s rather interesting to note that Primal is the first Far Cry game that is exclusive to current gen consoles and modern gaming PCs, so the excuse of last gen consoles holding the game back does not really apply here. So the big question is how does the game run on the PS4 and Xbox One?

Before we jump into pixel counting and performance parameters, I wanted to point out some subtle differences and similarities between the two versions. Being an open world game, Far Cry: Primal is the perfect title to compare the draw distances and on zooming in, it can be clearly observed that the Xbox One is lacking details like shadows and foliage which the PS4 is able to render without any issues. Obviously, they are rendered on the Xbox One when they are in the player’s field of view but from a distance some assets are completely absent. Another interesting thing we noticed is the variable shimmering of the volumetric shadows during night on the Xbox One version. Although this was random, it’s present on the Xbox One. PS4 on the other hand has crisper volumetric shadows during the night. These differences are quite subtle and you won’t even notice them unless you really zoom in.

Shadow quality during day time when seen up close looks pretty same along with the use of similar volumetric lighting effects, high resolution textures, parallax occlusion and anisotropic-filtering. It’s a safe bet that both games use the same core asset structure due to which the similarities are strikingly same.

We also did not noticed any sort of texture streaming issues although we did came across minor pop ins here and there, on both platforms. The fur technology is same on both and there is very little to choose between the two versions when it comes to water reflections, dynamic weather effects and volumetric effects like wind and fire.

Far Cry Primal in many ways also brings new enhancements and improvements to the series. The cut-scenes are extremely well directed with improvements in sub-surface skin scattering tech along with improved facial gestures. There is a marked improvement here when one compares to what we had back in Far Cry 4. Wildlife could be your friend or foe in the game but regardless of that complicated relationship, they react and behave quite intelligently, not to mention the improvements in their animations. As mentioned earlier, the game uses a physical based rendering pipeline but unfortunately, most of its effects are only seen during the cutscenes. Interestingly, cut-scenes are rendered with high quality assets and there is a drop in image quality when the game transitions to gameplay. Of course, we have seen this before in previous Far Cry games but we wonder why the same quality cannot be transitioned to gameplay. Oh well, I guess reasons!

The game uses a ton of post processing effects in the form of depth of field, lens flare and more, and all of this comes together to make up for quite a vibrant picture.

The PS4 version is rendering at a full-native 1080p resolution, whereas the Xbox One version is 1440×1080, with 30fps being the target cap. The PS4 build uses a superior HRAA solution resulting into a crisper image quality. This is not to say that the image quality on Xbox One is poor, far from it but we can’t help but wonder that the HRAA implementation is different on the latter resulting into a slightly softer image. Although HRAA does wonders to the image quality, the solution introduces shimmering effects on several objects and animal fur. It may be distracting for some players but this is one downside of using HRAA, which you possibly may not find in the standard FXAA solution.

Both versions have a solid performance with the frame buffer locked at 30fps for most of the time. Far Cry 4 had solid performance on both consoles and it’ pleasant to see the same kind of performance here, although we did witness a drop or two here and there but nothing that will distract you from the gameplay.

The PS4 takes the lead over the Xbox One due to better AA solution and image quality. It will be interesting to see how the PC version shapes up. Fortunately we don’t have to wait much longer since it’s due in a few days. Historically speaking, Far Cry games on the PC have been bit of a mixed bag with performance jumping around randomly but we will make sure to visit it once it launches and compare how it stacks up against the console versions. 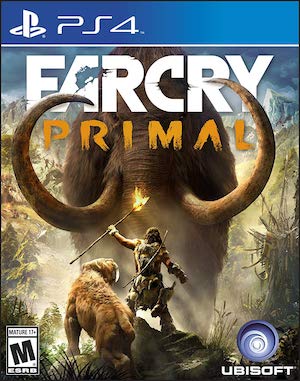