Farming Simulator 2013: Oo ar, some screenshots and so on

Check out these screenshots from Farming Simulator 2013.

Posted By Zahida Sayed | On 06th, Sep. 2012 Under Screenshots | Follow This Author @GamingBoltTweet

Check out these screenshots from Farming Simulator 2013.

Game Overview :
Farming Simulator 2013 is bigger and enriched with outstanding content and many new features, challenging you to take on the role of a modern day farmer.

Animal husbandry, crops, sales… It’s up to you to manage and grow your own farm in a huge, totally new world. As you progress in your career and complete different missions, you’ll control more than a hundred farming vehicles and machines faithfully recreated from the biggest names in the industry: Case IH, Deutz-Fahr, Lamborghini, Same, Horsch and newcomer Grimme… This year, Farming Simulator is back with even more diverse crops (sugar beet and potatoes), new livestock (chicken and sheep) and new vehicles never seen before in a video game! 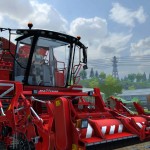 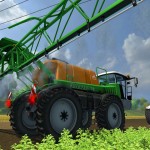 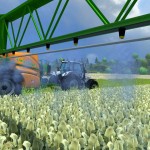 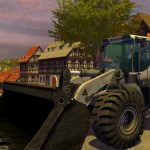