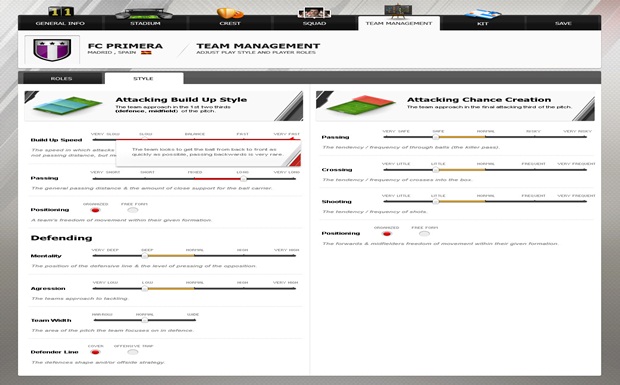 Character and team creation facilities are nothing new within sports games, but a dedicated creation application on pc is a bit of an oddity. Rather than just having a ‘create a character’ mode on the disc, the gurus at EA have made a website for the FIFA 11 creation centre where players can create a team and players and download them onto their own console. The level of depth and the amount of aspects you can tweak is interesting and the ability to share you creation with the world certainly makes it all an intriguing endeavour.

Those who have pre-ordered a copy of FIFA 11 should have already received a code to sample the delights of the creation centre’s beta test. The rest of you will be able to use it from when FIFA 11 launches later this month. 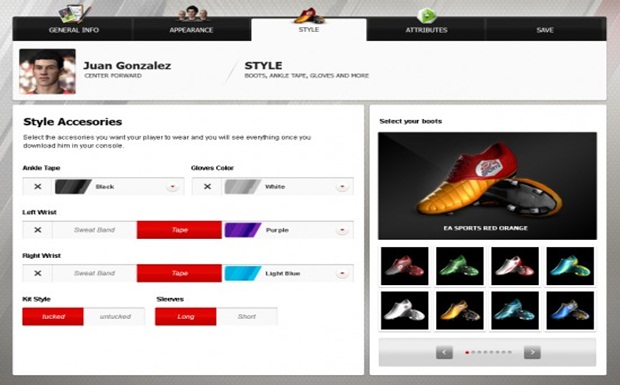 I got a chance to check out some of the potential of the creation centre and it certainly has enough customizable components to keep the fans happy. Even though there might not (yet) be a particularly large selection of different clothes, accessories and face types to choose from, there are many other ways you can keep your team and players unique. Whether it is through the various kits your side will be wearing or even individual statistics and behaviour patterns, the creation centre really lets you edit some of the finer points of your players and team with an easy to use interface. It definitely has a lot of potential, though I wasn’t hugely impressed by the quantity of different face, hair and clothing types and the lack of limits on attribute points you can allocate seemed slightly unbalanced. That said, the teams made in the creation centre will only be usable in local and player matches meaning that it won’t be too unfair leaving players to choose for themselves if they should or shouldn’t create players with maxed out stats. 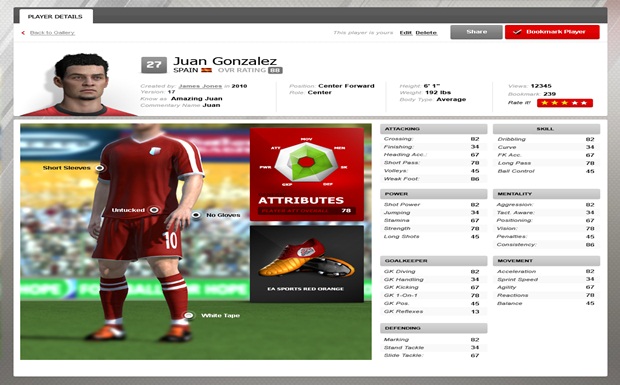 The character creation tools are in depth, but people are guaranteed to abuse the system and give their players full stats

Whilst I was impressed with the ease of use and versatility of the creation centre, I’m forced to ask the question of why it is necessary. There was nothing about it that made me think it had to be a separate PC application. Maybe a stripped down version will be included on the disc when FIFA 11 comes out, but if not it seems a little bit needless to have to create your content on a PC when it could easily be done on your 360/PS3.

This also leads into a wider debate on the centralisation of online gaming services. Is it a good thing that features like the creation centre or Ubisoft’s Uplay are being handled separately, or should everything be unified under your Gamertag or PSN ID? I for one am not a fan of having to remember so many different user names and passwords, but there are definitely strong arguments on both sides. What do you guys think? Sound off in the comments section below.