The team AFC Richmond will be playable in a number of game modes, including Career mode, Kick-Off, Online Friendlies, and Online Seasons. 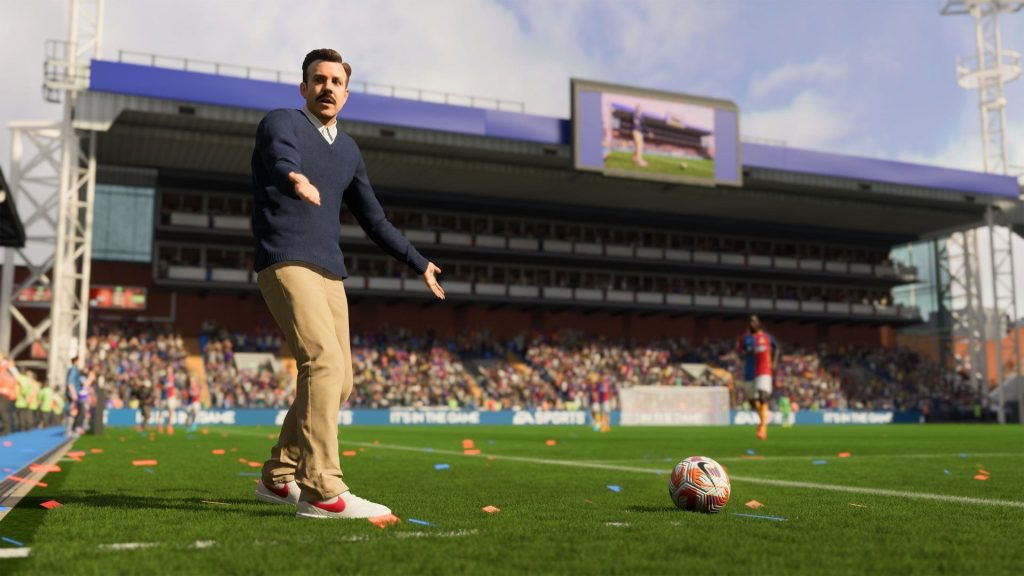 EA has announced that Ted Lasso, Coach Beard, and AFC Richmond’s athletes like Dani Rojas, Roy Kent, Sam Obisanya, Jamie Tart, and Isaac McAdoo from the show Ted Lasso will be part of FIFA 23‘s roster. Check out the trailer below.

Ted Lasso himself will be a playable manager in FIFA 23‘s Career mode, and AFC Richmond will be one of the teams that can be managed in the mode by swapping them into the Premier League or playing other Career mode leagues.

The team AFC Richmond will be playable in a number of game modes, including Career mode, Kick-Off, Online Friendlies, and Online Seasons. The team’s Nelson Road home stadium will also be available in the game.

AFC Richmond will also be showing up in FIFA 23‘s Ultimate Team mode through customisation items like authentic kits and TIFOs, as well as Ted Lasso and Coach Beard being available as club managers. The Ted Lasso content in FIFA 23 Ultimate Team will be available through objectives and challenges.