It is a common misconception that violent people get their rage out through fighting games. If this were a reality though, Fighters Uncaged would be the Citizen Kane of rage releasing gaming. The idea of Microsoft’s Kinect mimicking your moves and properly putting you into a fighting game is too good to be true but, whilst it makes a valiant attempt, Fighters Uncaged doesn’t quite deliver the one to one fighting experience I was hoping for.

The game pits you as a sort-of-silent protagonist who fights his way through legions of racial stereotypes hoping to become the world’s best underground street fighter. The journey you make as a player is complemented by some decent visuals and gorily satisfying animations. Sadly the aural aspect of the proceedings don’t match up quite as nicely and the quality urban tunes and solid sound effects are let down by horrible voice acting that perpetuates the potentially offensive stereotypes demonstrated in your opponents. 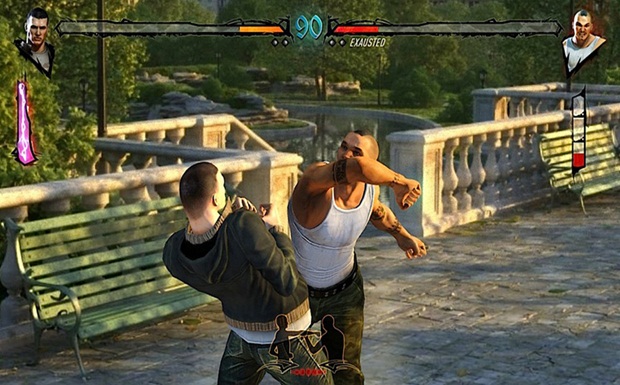 All the punching, kicking and dodging really gets the blood pumping

The core aspects of the game play out pretty much like any other one on one fighting game you may have encountered. The core difference here is that the game uses Microsoft’s Kinect motion sensor, meaning you have to do all the punches and kicks yourself. I don’t know if it was me expecting a little too much from Fighters Uncaged, but the fact that it uses a gesture based control system rather than one to one body recognition felt like a bit of a let down. It just didn’t seem right that it was saying to do a roundhouse kick, but the move I actually was meant to do to trigger it was more a pitiful little shin hack. Regardless of any initial let down the system actually works reasonably well and the variety of moves is quite impressive. I think my only major gripe with the core gameplay mechanics is the issue of the sensor occasionally misreading your gestures and the wrong move acting out on screen. 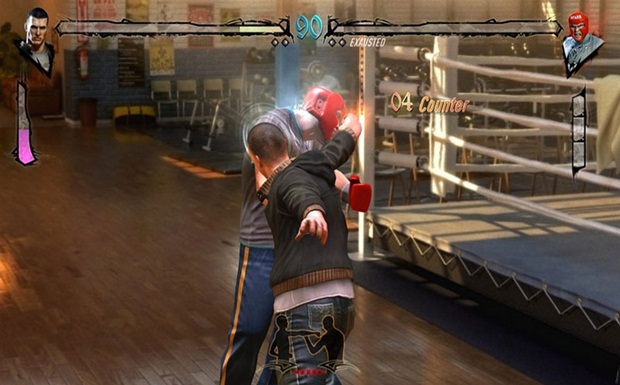 There is no doubt that the graphics are sound, but we shouldn’t judge the book by its cover

Even though the main gameplay is fairly solid the amount of modes on offer are sorely lacking. There are a wealth of training and tutorial modes that are extremely helpful and then the main single player where you earn ranking points by beating various opponents. That’s it. It’s a real shame as a game like this is just screaming for some awesome multiplayer, or mini-games or a levelling up system. Anything just to alleviate the often repetitive nature of the gameplay.

If you chose to persevere and push through some slow and monotonous moments you’ll find a reasonable amount of content in Fighters Uncaged. I’m not too sure if there is enough material on disc to justify the full £40/$60 asking price, but these are usually the kind of games you can play over and over again anyway. That said, without any kind of multiplayer modes to lengthen the proceedings, it becomes difficult to whole heartedly recommend Fighters Uncaged unless you really love your street fighting. 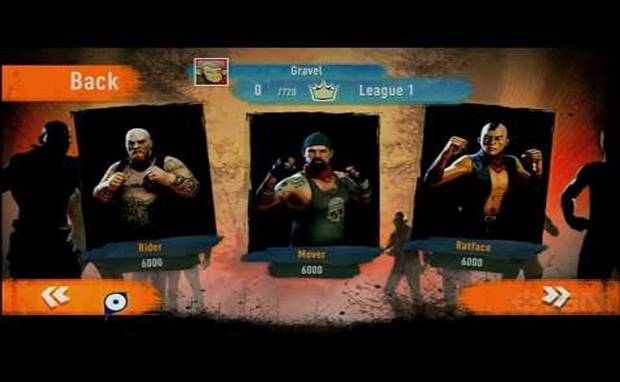 There are a lot of opponents to fight your way through, but you’ll pretty much wind up doing the same thing in every fight

If you can get over the initial desire for a one to one fighting experience you’ll find that there is a lot to love about the gesture based action in Fighters Uncaged. Sadly, a few niggles here and there and a severe lack of gameplay variation prevent the game from being little more than a good looking bit of fisticuffs.

Irritating voice acting, Remembering gestures is a pain, Gameplay can get repetitive, No multiplayer

Final Verdict:
GOOD
Fighters Uncaged valiantly attempts to bring a true one on one fighting experience into your living room with Microsoft's new Kinect motion sensor. Sadly, an overly complex gesture based fighting system and repetitive gameplay make Fighters Uncaged a brave ambition rather than an excellent reality
A copy of this game was provided by Developer/Publisher/Distributor/PR Agency for review purposes. Click here to know more about our Reviews Policy.