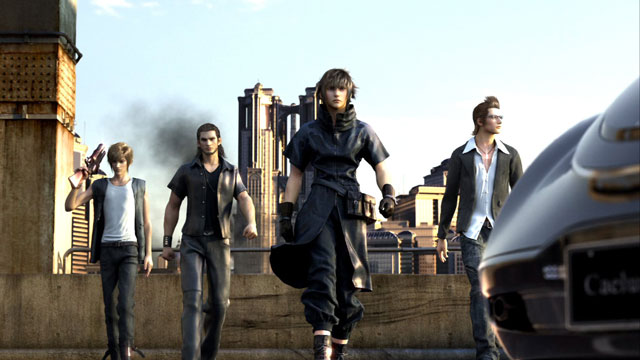 Say what you will about the upcoming Final Fantasy XV: Episode Duscae demo and the obvious flaws that seem to work against the success of the game, there’s no real denying that the prospect of getting an early look at the game is an exciting one. During the latest Active Time Report Broadcast, the Final Fantasy XV director Hajime Tabata doled out some information that is related specifically to the game and the upcoming demo. There’s quite a bit to dig through, but we’re going to highlight the most interesting key points that already have gamers intrigued.

It’s worth pointing out that a number of these points give a hint towards the games current state of development. In the demo, players won’t be able to use all the abilities with just one weapon. This feature hasn’t been implemented in the game yet and the developers are waiting until after the demo to gather feedback on what players want and expect.

The demo build will not feature any armour or accessories that can be equipped by the player, these will be restricted to the full game. Hajime Tabata believes that gamers in Europe prefer their games to be more punishing, this will be reflected in the game’s combat where constantly blocking will rapidly brun through your MP reserves. Timed blocks however will consume much less.

The demo itself still hasn’t gone gold, the developers are still actually working on it trying to fine tune the in game systems. This is reflected in the fact that players can’t customize the control scheme in the demo. The full build of Final Fantasy XV currently doesn’t have a level cap, that’s still to be decided upon. The Episode Duscae demo has a level cap of 99, though reaching this level is definitely not required to enjoy the demo.

In the western build of FFXV, Ignis speaks in “proper British English”. I dread to discover what this means. But with all things said and done, the game is at least still making progress.