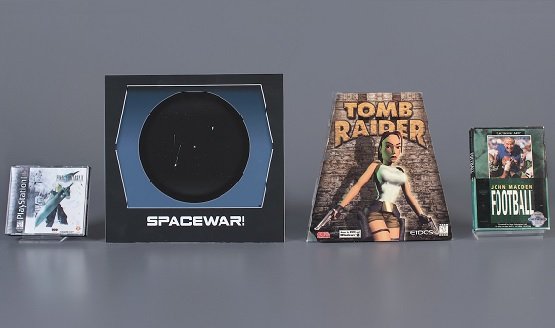 The New York based National Museum of Play has recognized a lot of world changing and influential games over the several year’s they’ve been operating out of The Strong in Rochester. Now, in their World Video Game Hall of Fame, alongside titles like DOOM, The Legend of Zelda and Grand Theft Auto III, several new titles have been placed with these heavyweights.

The four new inductees include Final Fantasy VII, Spacewar!, Tomb Raider and John Madden Football. Each title was given a short write up by the museum (which you can read in full here), explaining how they came to pick these titles. John Madden Football was largely selected for it’s influence on sports and sports games, Tomb Raider for the unique combination of action adventure, planning and puzzle solving, and Final Fantasy VII was chosen for the game’s technical achievements, characters and bring JRPGs to global attention.

The Hall of Fame was established just in 2015, with the purpose of showcasing and preserving some of the most influential and popular video games of any type and their effect they’ve had on gaming as an industry, popular culture as well as society. Do you agree with their choices? Let us know in the comments below.