Footballers face off in Call of Duty grudge match 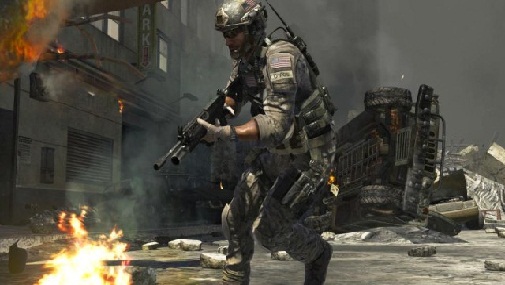 Prior to their upcoming Premier League clash this weekend, Manchester City ace Joleon Lescott and Sunderland sharpshooter Fraizer Campbell faced off in a Call of Duty: Modern Warfare 3 Grudge Match. After a session of intense game play, Campbell was crowned the Grudge Match champion.

The two rivals battled it out on the new maps featured within the first collection for the title – which includes scenes of the crash-site of Air Force One, a skyscraper, a militarised Central Park and an idyllic Italian seaside village.  The match was an ‘away-game’ for Campbell, taking place in Manchester’s Malmaison Hotel.

Victorious striker Campbell said; “It definitely got us both pumped coming head-to-head on Call of Duty MW3 before the game on Saturday. I won 3-1 and if we can replicate that on the pitch it will be a right result. When I’m not playing football or, more recently, changing nappies, you can usually find me on Call of Duty. The new maps are fantastic to play – Joleon should’ve known he didn’t stand a chance!”

City centre-back Lescott added; “I never like to lose whether it’s on or off the pitch.  I’ve had good fun today – the new Modern Warfare 3 maps are amazing, but I hope to even the score with Fraizer on Saturday!”