Ezio Auditore is going to make the jump from one Ubisoft franchise to another. 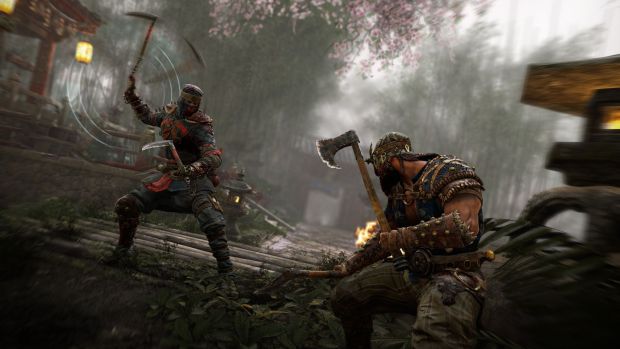 Ubisoft was teasing an Assassin’s Creed-themed crossover event for Fortnite yesterday, and they’ve now revealed it in full. Called “For the Creed”, the three weeks-long event is going to be a treat for fans of Master Assassin Ezio Auditore, as he, and several Assassin’s Creed-themed weapons, gear, outfits, executions, and emotes make the jump to For Honor.

The Dominion mode in the game is going to receive an Assassin’s Creed makeover, with the event running till January 10, and in addition to the stuff already mentioned above, some maps will also be getting new visuals in line with crossover.

So how does it work in terms of narrative context? As it turns out, Abstergo has been working on a new simulation gaming experience, which involves reliving the genetic memories of knights, vikings, samurais, and the kind of warriors you find in For Honor, with this special version of Dominion seeing a force of Assassins battling against Templar counterparts. The former will be led by Ezio Auditore, while the latter will be led by Cesare Borgia, who was the main antagonist in Assassin’s Creed Brotherhood.

Other new additions as part of the event include new music tracks, new menus, a new announcer, and a new face-off screen. The new announcer in particular is quite interesting, with Warren Vidic, who Assassin’s Creed fans would know as the director of Abstergo’s Animus project, taking on that role in For Honor. There will also be Spartan-themed masks based on Assassin’s Creed Odyssey for all Heroes, while players can even execute each other with hidden blades.

You can get more information on what the crossover event will entail in the video below, or through the link above. For Honor is currently available on PS4, Xbox One, and PC.