Head to head comparison between the PS4 and PS4 Pro versions of Ubisoft’s fighter. 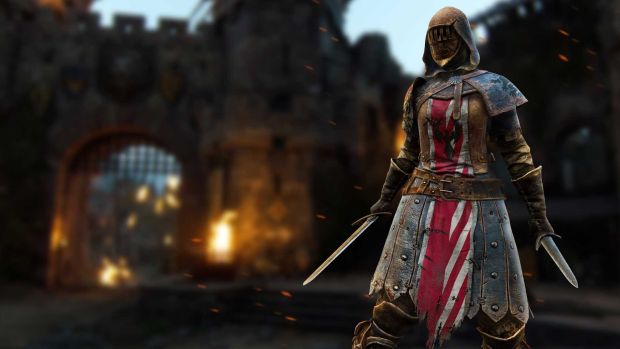 When Assassin’s Creed Unity launched back in 2014, it brought with it a number of advancements in core graphics technologies. Increased crowd density, a full physical based rendering pipeline along with complex dynamic lighting and global illumination support, Unity was truly a next-gen title and is perhaps one of the best looking games of this console cycle. However, the AnvilEngine, the engine running Unity was in an unusual state. Frequent pop ins, clipping, bugs, glitches and performance issues dragged down Unity’s technical achievements.

However it seems that a large number of technologies that was used in Unity have been brought back for For Honor. If 2015’s Assassin’s Creed  Syndicate was any indication, Ubisoft had to scaled down a lot of effects in the AnvilEngine. The crowd density was drastically reduced, flat lighting was implemented in some places…heck, even the tress effects were downgraded. But it seems that since then the developers have worked on tirelessly to best optimize the AnvilEngine so that it’s less buggy, is able to deliver great performance and achieves a next-gen look. And these improvements have been greatly benefited For Honor.

Let’s get one thing right out of the way. For Honor looks amazing. Supporting a full physical based rendering pipeline along with high end physics effects for clothes, destruction, character animations and movements, For Honor has made us excited for this year’s Assassin’s Creed (given that it’s likely going to use the same engine).

For Honor runs at a full 1920 X 1080p resolution on the PS4 and on the Pro we get a crisper 2560 X 1440 resolution. 1080p TV and PS4 Pro owners are in luck too as the game super-samples to render a fairly crisper image quality. Frame rate is capped to 30 frames per second on both platforms and we did not witness any drops. So overall, it seems that Ubisoft have delivered an extremely polished game as far as image quality and performance goes.

The game utilizes HRAA solution to further clean up the image, a solution which was used in Far Cry 4. It’s a much cheaper solution than the likes of MSAA but does a terrific job than your usual FXAA or post processing solution.  Alpha effects like fire look quite amazing at times and the implementation of HBAO results into smoother shadows. Shadow quality on the whole is quite sharp and texture filtering is decent. But perhaps the standout feature of For Honor is its attention to detail. The warrior’s armor and weapons are intricately detailed and the material based lighting further enhances their respective physical properties.

So overall we are pretty pleased with Ubisoft’s efforts with For Honor and quite honestly, it has made us hopeful for this year’s Assassin’s Creed from a performance and technical perspective.