Which of the two versions comes out on top? 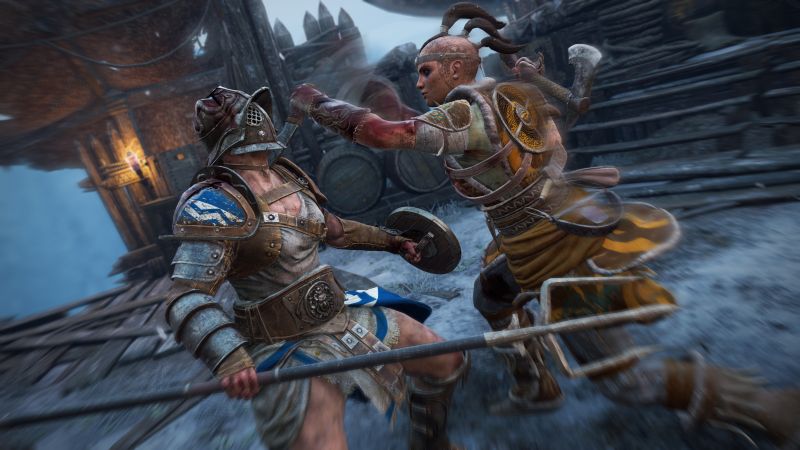 For Honor has to be one of the best looking games to have been released this year, even on base PS4s and Xbox Ones, but every update seems to make some pretty big improvements. When we did a graphical analysis of the game’s PS4 Pro version (you can read that here), we reported that the leap in quality over the base version, which looks pretty damn good to begin with, is commendable. Similarly, Ubisoft have now released a patch for For Honor, adding Xbox One X enhancements to the game, and the results are stunning.

The most notable inclusion is, of course, the addition of dynamic 4K support to the game. For Honor is rendered at a crisp and clean dynamic 4K resolution on the Xbox One X, which is done through temporal upscaling (compared to 1440p on the PS4 Pro). However, even for players who do not own 4K TV screens, with the helping of scaling, you still end up with a much better and sharper looking version of the game. Another major addition to the game with this patch is HDR support, which is always an added bonus, and it contributes towards sharpening that visual quality in a major way as well.

Even outside of just the basic enhancements, though, For Honor has seen some major improvements on the Xbox One X. Ubisoft have gone out of their way to make improvements to various other aspects of the game. For instance, there’s improved texture filtering on the One X, while reflections in the game also look much better than they have up until now. For Honor uses a screen-space reflections model, which allows the game to recreate dynamic resolutions. This results into a ridiculous level of detail in reflective surfaces, as well as the images those surfaces reflect.

Draw distances have also seen a major boost. For Honor’s distant LODs have received significant upgrades on the Xbox One X, so that smaller objects in the environment, especially those in the distances, are rendered with much greater detail and focus. The shadow quality is also visibly better, which uses an increased shadow map resolution. As you can imagine, this results in vastly improved image quality. Textures are much more detailed too, and all these things come together to provide a much sharper visual product, and one that has an impressive level of detail, both up-close and viewable in the distance.

The PS4 Pro version of For Honor is no damp squib, so to say that it falls flat in comparison to the Xbox One X upgrade would be doing it a great disservice. It uses various techniques, such as super-sampling and HRAA solutions, to make up for the gap in power between the two platforms, for what is ultimately an incredible looking version of the game. That said, there is still a very clear gap in the visual quality between the Xbox One X and PS4 Pro versions of the game. Simply put, For Honor has to to among the best looking games on the Xbox One X right now, this early into its life cycle, which is something it achieves through major visual improvements across the board. Ubisoft have to be commended for the work they’ve done here.