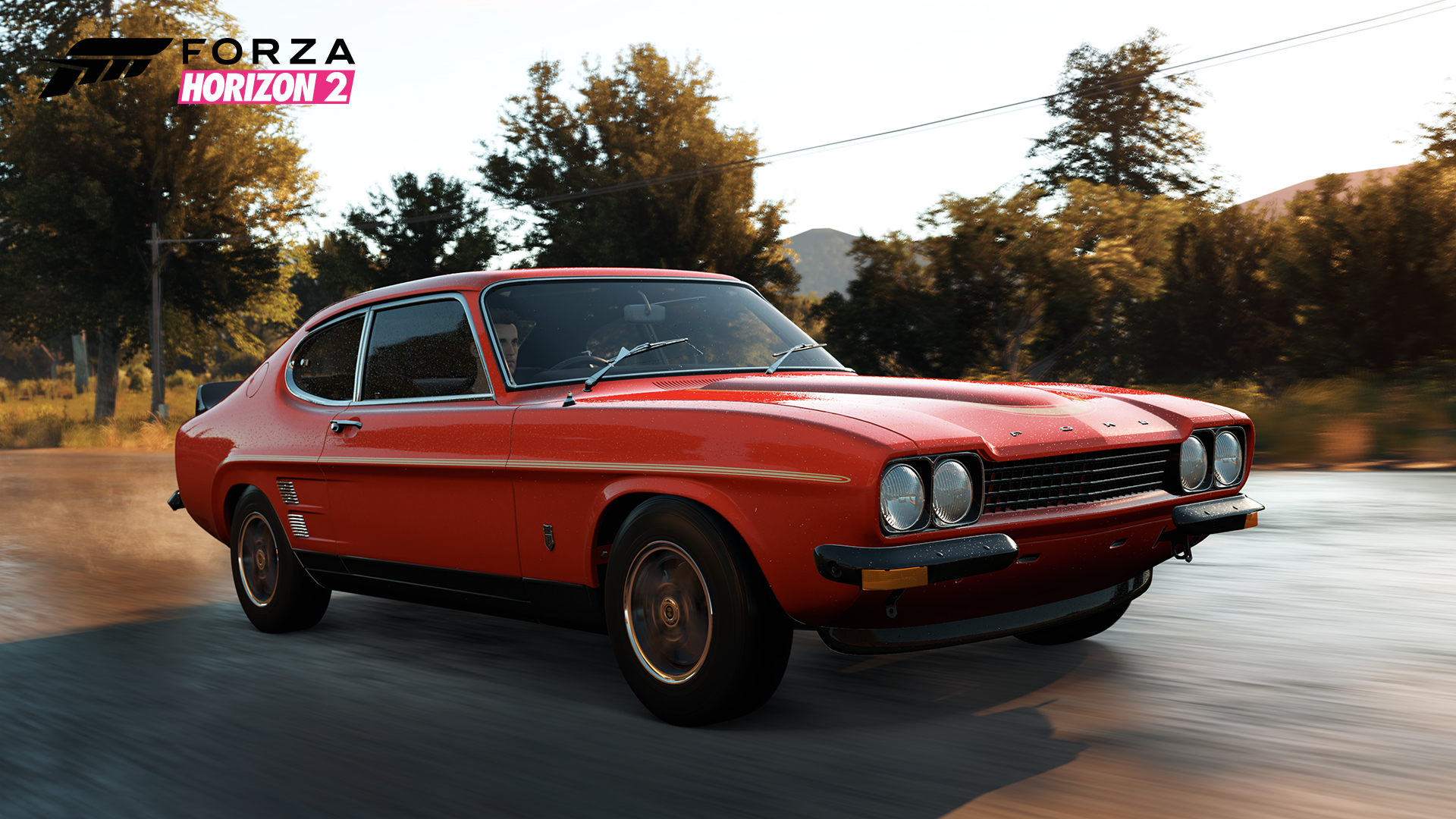 As always, a bunch of new cars were revealed this week for the upcoming Forza Horizon 2- 13 of them to be precise, and one of them was the Ford Capri.

This is sort of a big deal, if only because the Ford Capri isn’t actually all that common when it comes to racing games- in spite of the fact that it’s pretty damn important in automotive history (think of it as the European equivalent of the Ford Mustang). So its inclusion in Horizon 2 represents something of a coupe for Microsoft and Playground Games, even more so because this isn’t even the first rare car that is included in the game. Last week, the Rolls Royce was featured as one of the cars revealed for the final roster.

The total number of cars in Forza Horizon 2 is supposed to be over 200, so we still have a fair bit left to be revealed in the lead up to the game’s release. The game will launch later this year on the Xbox One and the Xbox 360, with a different developer handling the latter version, leaving Playground Games free to optimize their game for next gen.