Gameinformer to take an extensive look at the ambitious new project. 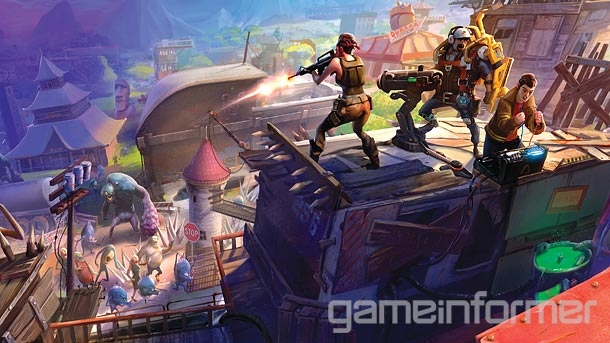 Epic Games announced plenty of time back that they were working on their all new game after having gone past their Gears of War era. Their new project, Fortnite, was a game that interested everyone, but we’ve received very little information on the game ever since it was first announced.

It seems like we’re about to get a ton of new details on the game very soon now, as the game features heavily in Game Informer’s upcoming issue, and we all know what that means- details loadout.

Being the cover game for the next issue of the gaming mag, we’ll be receiving a lot of new information on the game, at least 20 pages’ worth of content, along with new screenshots and words on what to expect of the game coming from the developers themselves. The feature will also talk about how Epic Games has operated since the departures of key figures Cliff Blezinski, Mike Capps, and Rod Fergusson and others.

So stay tuned and watch this space for more. We’ll keep you updated.