Is it worth your money?

Forza Horizon’s season pass is proving to be an amazing thing and I can finally say that it’s the only game whose additional post-release content managed to impress me a lot. The main game was pretty good too, which provided a complete twist in the Forza Motorsport experience.

The arcadey nature of the handling, and the wide open world given to you for exploring is something unprecedented in a racing game. Sure, there are good examples like Burnout but nothing really captures the realism like Horizon has done.

It’s the sort of leisurely driving experience that I have craved for in a long time. You know just use a wheel and drive without worrying about anything, except the traffic. It’s a great feeling to be able to drive at night with headlines on, and in other words, it could be described as a male nirvana–sort of like eating chips and playing Unreal Tournament 4–okay, not really. Maybe if you add Pepsi in there, though.

The season pass will cost you a lot here, it’s more than half of the cost of the game, but it justifies the price in style. For example, the Rally DLC that was released yesterday, costs 1600 MSP and adds a bunch of cars and new tracks in the game and completely overhauls the driving experience, and is a mode that is separate from the main game. You do get to use the cars in the main mode, but the other things like tracks are locked.

Playground Games have also been releasing a bunch of DLCs every month bolstering the content in the game, because the vanilla game could be termed as something that lacks a lot of cars especially if you compare it to its Forza 4 brethren which had a lot of cars–500 in fact. However, you will never even unlock most of the cars in Forza Horizon because it takes a long time to do everything in the game, so it becomes a moot point anyway. 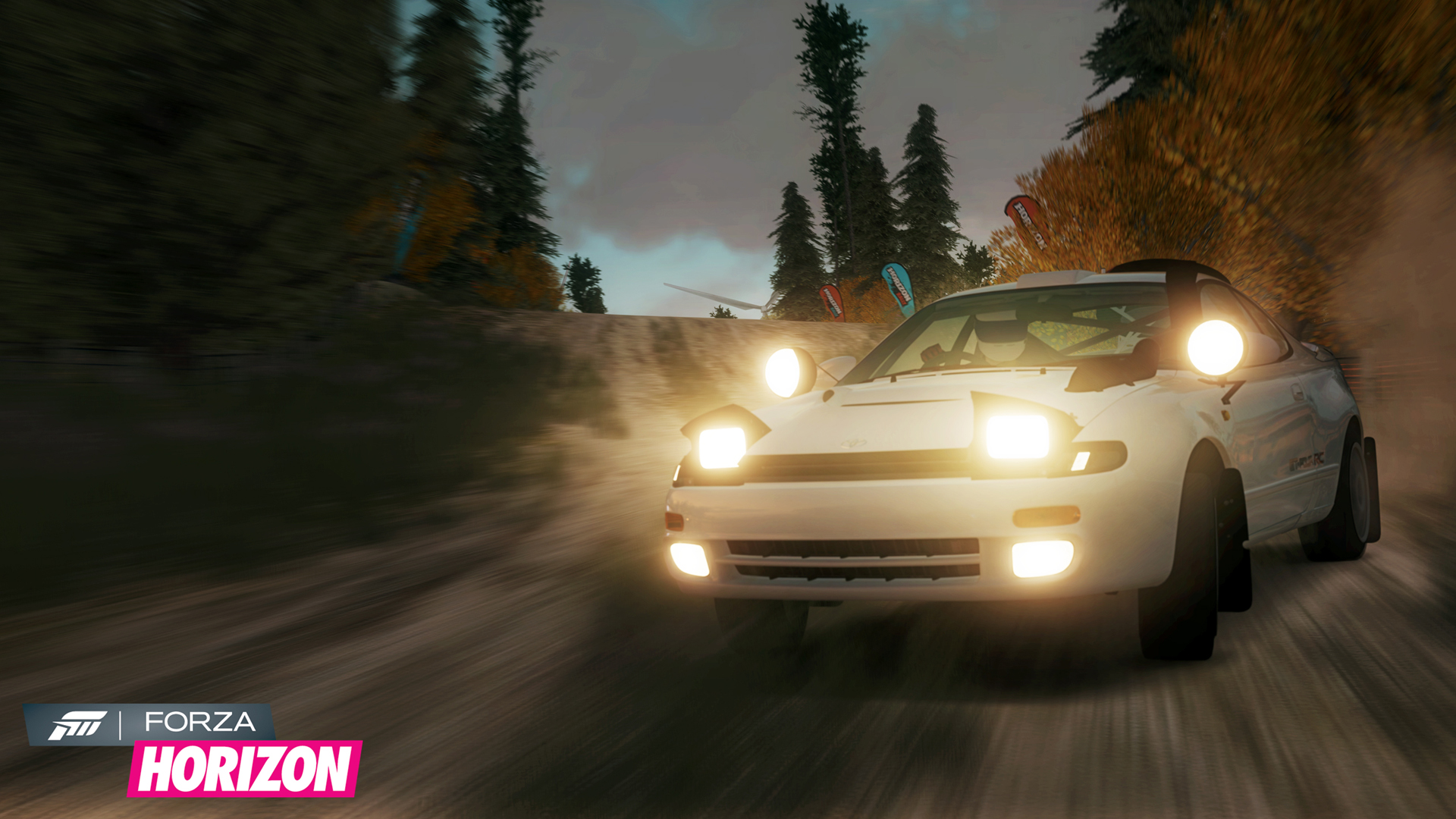 Let me talk about the Rally DLC for a bit. It’s a massive DLC, adding 5 new Rally cars to the game, completely modified including the handling to fit the rally driving style. The first thing you will notice when playing this is how exhilarating it is to drive in gravel roads, with sharp turns and unforgiving bumps. It’s rally driving at its best. It kind of feels to me that Horizon is an answer to all the side things that GT5 had, but more expanded and not just added to check the feature list.

It does provide a sim-like racing experience too but if you want an authentic driving experience like that, it’s better if you check out Forza 4 because most of the cars in Horizon are from that game, tweaked and tuned of course. The Rally pack adds cars like  2005 Subaru Impreza WRX STi, 2004 Mitsubishi Lancer Evolution VIII MR, 1992 Ford Escort RS Cosworth, 1992 Toyota Celica GT-Four RC ST185, and a 1982 Lancia 037 Stradale. 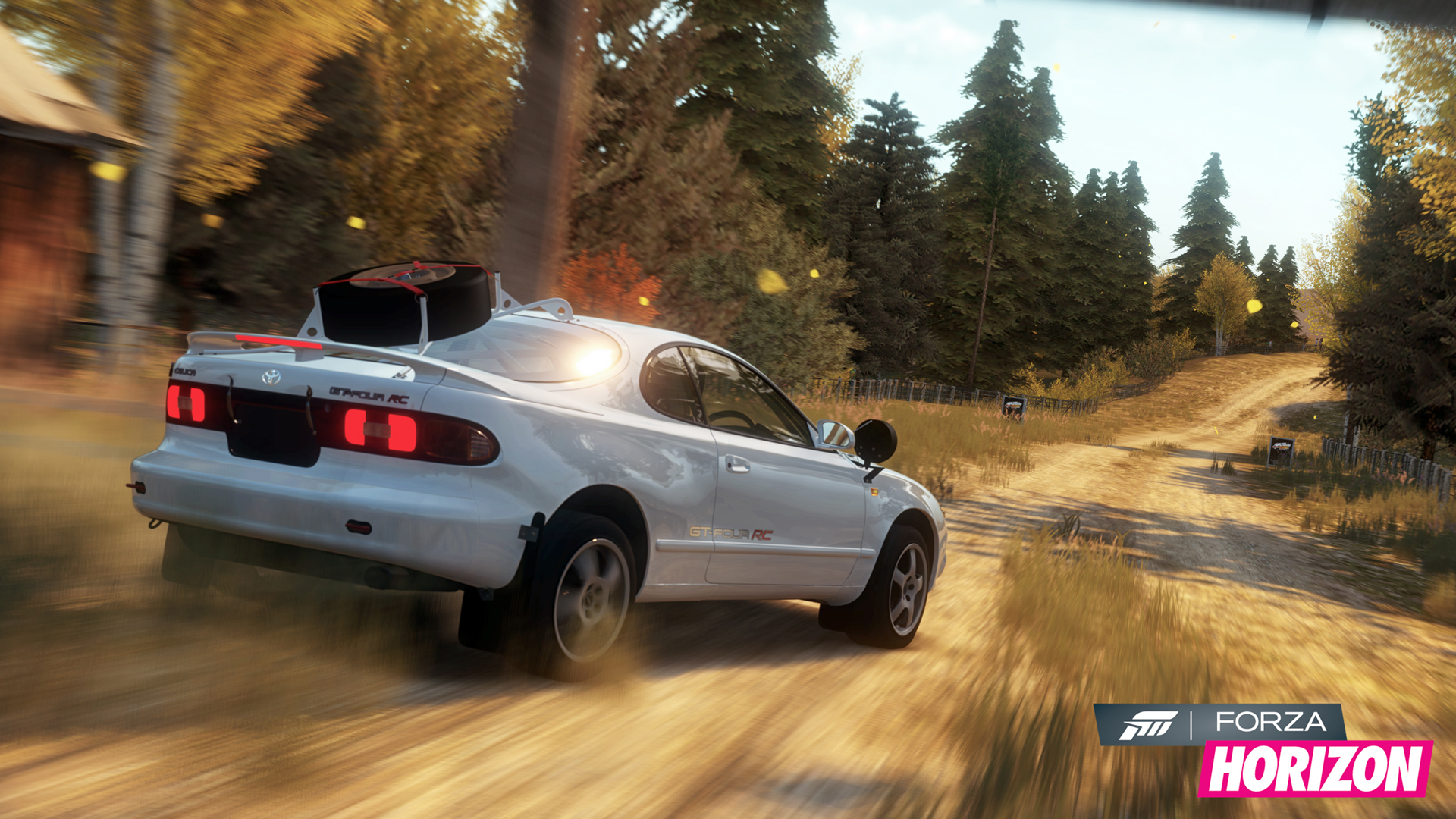 They all look like proper rally cars, with bright flashing lights in the front, and advertisers pasted everywhere. That’s not a bothering thing though, since playing in the cockpit view is more recommended. The majestic Subaru Impresza, and its accurate sounds in the game, is something that you should really experience. It brings the entire rally experience to your living room or bed room or whatever room you have placed your Xbox 360 in.

The DLC is a 1 GB download, and adds a lot of tracks that are well designed and gorgeous to look at. It’s a shame it isn’t available in the main Forza experience, but I think due to its linear nature and its unique nature, it would just feel out of place. There are also new achivements here, along with seven tracks, and when you add in all the previous DLCs released since the game came out, this season pass is proving to be a great thing, even though it costs almost 4000 MSP.

This game was played on the Xbox 360.